Oct 3: In many ways than one, the Coastal Region within the Karnataka State is vulnerable to many threats - sociocultural, economical, religious, political and ecological/environmental. I believe, the last is the most significant threat that we are facing currently. Ecological or environmental threats can also said as natural calamities that include thunderstorms or excessive floods (tsunami), the earthquakes or they could be sheer human made lapses or abuses on our mother earth or on its people.

If we assume the threats to be challenges, we have many of them smiling at our face. The single most challenge we face today in the Coastal region is the pollution, which can be related to our soil, air or water. Many a times we feel proud to have born in a region which has proximity to a large (Arabian) Sea from the southern side that connects us to the north, a Deccan plateau right in the center and the third that pushes us unto the large mountains called Western Ghats. 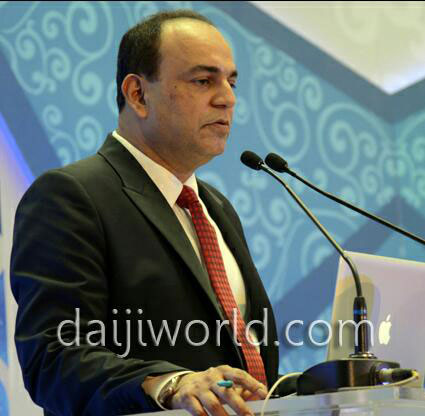 According to mythology, Lord Parshurama shot his axe (or arrow) in the Arabian Sea, and formed the land of Konkan, today's 720 km coastline of India stretching from Mumbai to Kerala. But I doubt if Parshurama would be happy today to the extent to which the region is being exposed to human created pollution.

There are different types of small, medium and large scale industries located within the region that discharge their effluents directly into the coastal water off Kulai. The available information indicates that the Mangalore Refineries and Petrochemical Ltd (MRPL) discharges 7,200 m3 /d; BASF India Ltd discharges 3,600 m3 /d north of the harbour; and Mangalore Chemicals & Fertilizers (MCF) discharges 13,000 m3 /d south of the harbour.

Besides the pollution, the sea erosion is the next greatest concern that bothers the Coastal region. Studies on erosion/accretion over long term periods (almost 30 years) have indicated that erosion is not continuous but occurs in isolated stretches. Comparatively high erosion has been observed at river mouths. A study on the Karnataka coast carried out a few years ago showed that the Dakshina Kannada coast was undergoing extensive industrialization, which began with the establishment of the New Mangalore Port in the 1970s; petrochemical industries and power plants also were important in the list. Uttara Kannada at that time was comparatively free of heavy industries but tourism and industrial aquaculture were on the rise. Land acquisition had completely changed the livelihood of the locals, earlier dependent on agriculture and fisheries. Privatization of coastal land for resorts was another issue that was highlighted.

In its 4859 sq km coastline, Dakshina Kannada has made the tackling sea erosion as the single most important priority under Sagaramala project. The project envisages to pump in a whopping 70 crore to tackle sea erosion. The newly sworn in minister for Fisheries, Ports and Inland Waterways, S Angara, recently announced that his ministry shall execute sea erosion protection wall works on scientific basis and complete the same on war footing basis in three coastal districts of Karnataka, Dakshina Kannada, Udupi and Uttara Kannada. At the same time he said the Karnataka government has already released Rs 35 crore to undertake works to prevent sea erosion in the three coastal districts which were pending for the past three years.

Also there is a Marina project in pipeline that costs Rs 340 crore for which tenders have been invited under Sagarmala project in partnership with Inland Waterways Authority of India to develop cargo islands in Phalguni and Netravati rivers as well as tourism development projects.

The next major threat that smiles on the face of coastal population is the inefficient handling of Solid Waste Management. We ought to know both the increase in population and the improved lifestyle of people around the globe are resulting in over exploitation of resources and also generating huge amount of wastes in terms of solid and liquid form.

As per the World Bank data available in 2016, global municipal waste generation is 2.01 billion tons per year. Accordingly, in Dakshina Kannada district although boasts of highest literacy rates within Karnataka state, also is well-known for its solid waste generation. As per year 2016 records, the 8 ULBs (Urban Local Bodies) of the district generate around 410 tonnes per day of municipal solid waste, around 58% of this waste organic or biodegradable in nature. (Almost 0.26 to 0.6 kg per capita waste per day.) Highest solid waste generation within Dakshina Kannada is accounted by Mangalore city (within Mangaluru City Corporation limits).

The challenges the local bodies face currently are, 1. Non-segregation of waste at source by the public. 2. Unavailability of sufficient manpower and equipment for processing. 3. Less awareness of processing and disposal. 4. Lack of strong will power from political bodies. 5. Being a coastal district, there is good amount of fish, chicken and meat consumption. This also generates huge quantity of meat waste. In Mangaluru City Corporation alone, there is generation of around 30-40 TPD meat waste, which needs to be processed separately. 6. Due to the rapid economic development Dakshina Kannada district generates around 20-30 TPD of construction and demolition waste, which is not processed or recycled at present.

After analyzing these hardships, the government has initiated a study to look into the details of the challenges being faced, financial analysis, recommendations etc. so that efficient waste management process can be implemented even during the Covid and post Covid situation.

MLC B M Farooq, who is also the national working president of JD(S) raised these issues in his exclusive speech in the legislative council recently.

He highlighted the presence of major companies operating in the Coastal region, including MRPL and MCF that ooze fire mixed with chemical gases unto the sky and the government’s unscientific UGD schemes that pose danger to our ecology. He in his powerful speech not only highlighted the slack attitude of the companies in implementing safety measures thereby exposing the region for a catastrophe.

In his hard hitting speech, MLC Farooq explained how the chemical waste discharged by the major factories in the region have polluted the water due to which the ground water has been contaminated. Due to this, he said in and around Suratkal a locality under Mangaluru North constituency the sweet wells have started oozing out contaminated water. He alleged that the unscientific civic work carried out by the Public Works department is said to be responsible for this kind of water pollution. He urged the minister concerned to call a meeting of officials from these companies, government officials and legislators to discuss the problem.

Although the government initially turned down his proposal for a meeting, later following an agitation by the JD(S) legislators in the well of the house, the government relented and called for an emergency meeting on the very next day.

According to our information, in the meeting attended by the legislators, government officials and the representatives from the specific companies (that included MLC Farooq, the whistle-blower) many environment special issues were discussed.

“I have raised my voice towards the abuse to our nature, to our land, water and environment,” said Farooq while talking to us. “I expect the co-operation of all concerned in this battle, which I would like to call a war. But if we continually ignore the safety measures and scientific approach towards our projects and public utility services, we may fail to find fish in our sea, as we have already observed a shortage of sea-resource,” he said.

After the issue has been raised by MLC Farooq, it has come to light that many of the UGD projects are yet to be cleared by the environment ministry or the Coastal Development Authority that looks into the issues such as safety and environment protection. Why the government has rushed into certain projects without the clearance of regulatory bodies is a bigger question to be answered by the concerned. It is very significant that many other legislators including Congress MLC B K Hariprasad have joined their voice for a scientific study in the matter.

I believe, being responsible citizens of this region we should not close our eyes towards gross negligence towards scientific planning. MLC Farooq has blown the whistle on public awareness. He has specially pointed a particular water supply and drainage maintenance project within the Ullal locality under Mangaluru constituency.

Incidentally, after the above issue were brought to the attention of the government, the minister of Urban Development B B Basavaraju (Bairathi) mpt only called an emergency meeting which was attended by all the stakeholders but he also accepted an invitation to visit the region to appraise himself with the ecological and environmental irregularities being carried out in the region.