Kundapur, Dec 4: Regarding the case where a week-old infant was found abandoned in bushes near the bridge at Muchattu, the parents of the infant were arrested on Saturday December 4.

The arrested are identified as Satish Poojary (43) and Radhika (40), both from Muddur in Byndoor taluk. Both are coolie workers working in Hebri Kuchhur.

Amasebail station police arrested the couple and produced them in the court on Saturday. They were granted bail by the court. 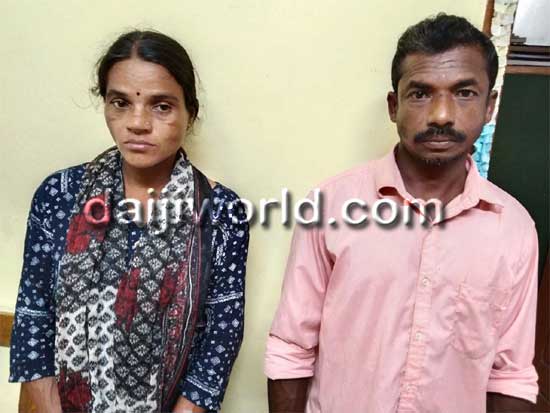 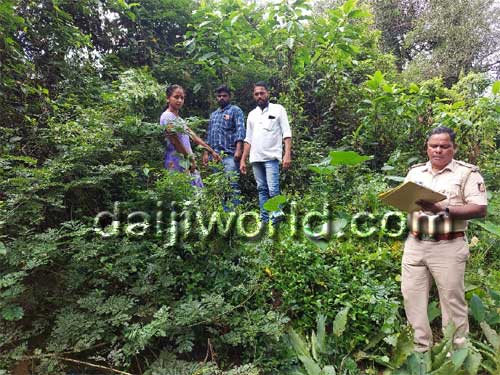 The accused were arrested at Kuchuru estate, near Hebri. Both of them were married to different people earlier and were separated. Sathish Poojary’s wife and children have deserted him. Radhika’s husband was separated after divorce. Therefore, their friendship grew at their workplace and they got married in a temple a year ago without informing anybody, they have confessed so to police during investigation.

Radhika was pregnant and delivered the baby in a private hospital at Haladi. As they decided not to have a child, they stuffed the baby in a handbag, came on a bike, threw it in between bushes and went away. The police, who had registered a complaint, conducted investigation in various angles. The investigating team received a few clues. An onlooker had said that a couple had arrived on a bike and threw the infant.

The police found the CCTV recordings and technical evidence. The infant was rescued and sent to Kundapur government hospital.

It may be recalled, a lady, heard the cries of the infant in the bushes beside the road near the bridge in Muchattu here at about 4.30 am on December 1. She rescued and brought the female infant to the police station. She also A police case in this connection is registered on the basis of a complaint lodged by the lady.