Brahmavar, Dec 5: In a serial accident that occurred on Sunday December 5 at Saibrakatte near here among a goods vehicle, car and a bike, one person died and four others were left injured.

The deceased is identified as Suresh Marakala, resident of Madhuvana. The goods vehicle, which was carrying fish and trying to overtake a JCB, collided with the Swift car which was coming from the opposite direction. Due to the impact of the collision, Suresh Marakala, who was sitting in the left side of the vehicle died on the spot. The driver of the goods vehicle was also injured. 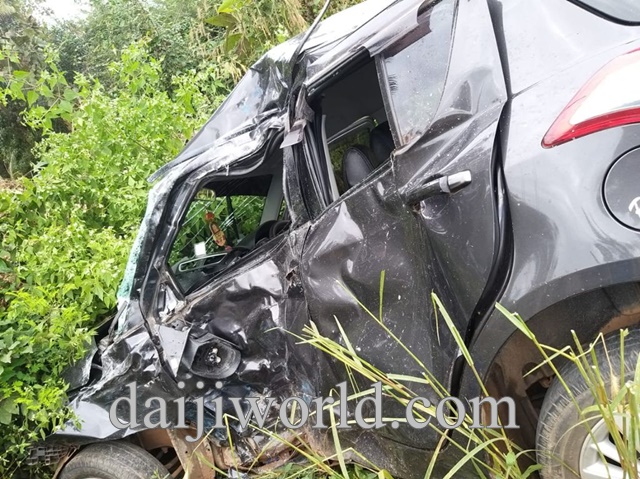 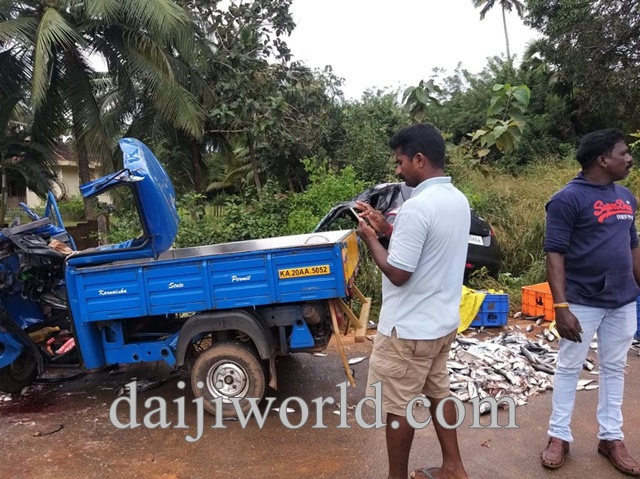 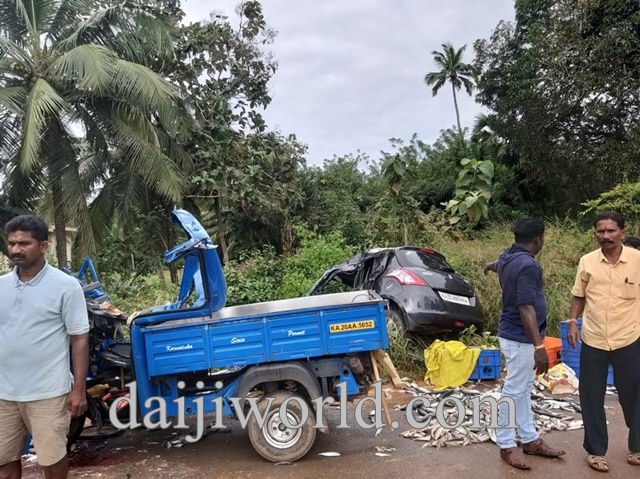 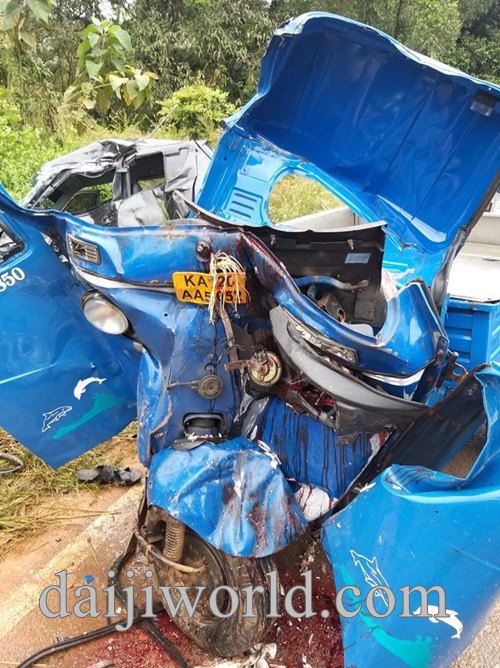 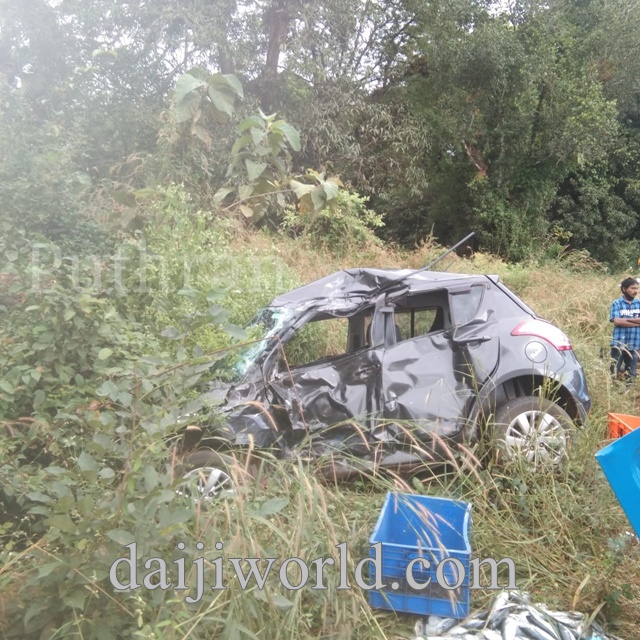 In the meantime, a bike rider also got entangled between these vehicles. He has received severe injuries on his leg. Two other persons travelling in the car also got injured. They are being treated at the hospital.

A case in this connection is registered in Brahmavar police station.