Bengaluru, Jan 12: As elections have been announced for five states including Uttar Pradesh, Karnataka ministry reorganization that was slated to be held immediately after Sankranti festival, has been postponed. This has come as a relief for some ministers who were expecting ouster, while some more who are desirous to become the members of the state cabinet are frustrated as their agonizing wait has been extended again. For them, the development has come as a rude shock.

There was information that the BJP high command was interested to make certain changes and additions to the current minister in order to present a ministry which would provide a winning combination for the state that will face election in 2023. The leadership had called for and collected secret reports about the functioning style of the current ministers. It was also proposed to hold sittings to cogitate about ways and means to turn the tide in BJP's favour for the coming election. But the sitting was postponed because of Covid situation and curfew. 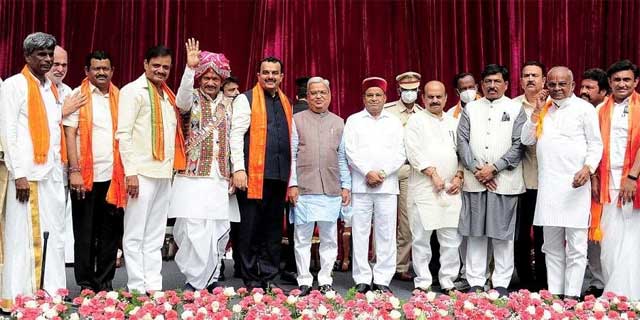 As the BJP leadership wants to lay added emphasis on the Uttar Pradesh election that has been declared, it wants to concentrate its might there. It is said that the leadership does not have time to discuss cabinet reorganization in Karnataka. By the time the election result in five states is declared, the state's budget session would have been completed and preparations for the 2023 election would have commenced. In such a scenario, major surgery to the ministry will be very difficult as it may give rise to unnecessary complications. BJP sources say that in the light of these things, the high command may retain the current team.

Many legislators are disappointed at this development. They point out that if the ministry rejig happens after the election, they will be left with less than ten months to prove their mettle. As it is an election year, they feel it is better to concentrate on their constituencies rather than nursing the aspiration to become ministers by staying back in the city.