Mangaluru, Jan 26: The Dakshina Kannada district has been witnessing deaths on a regular basis during the current coronavirus third wave. During the past 25 days of the wave beginning January 1, as many as 24 infected persons have lost their lives. This figure also includes deaths of seven persons who belonged to other districts. The district has witnessed 1,727 deaths so far, all the three waves included, during the last 21 months due to Covid. Some of the deceased were from other districts.

Most of who died due to the pandemic were from Mangaluru taluk. They alone account for over a 1, 000 deaths while the rest were from other taluks. About 500 people from other districts passed away in different hospitals of the district. Among these there are also such patients who for treating some other ailments treated but died after getting infected with coronavirus. 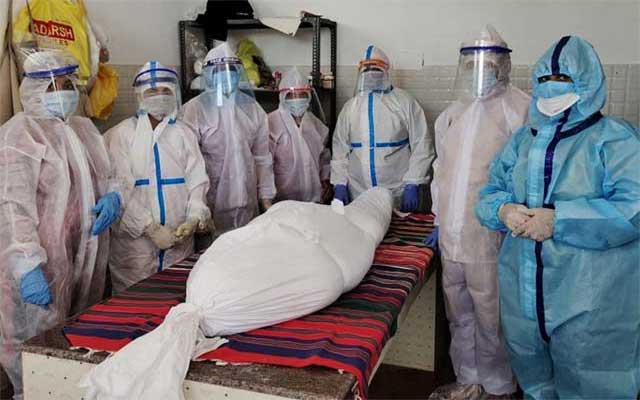 In the first wave, 740 persons lost their lives while 963 died in the second wave between March and November, 2021. With the addition of 24 deaths in the third wave, so far, the infection has claimed the lives of 1,727 in the district. The officials have disclosed that men outnumbered women in terms of deaths.

Many have been expressing concern over the high instances of deaths despite the availability of many medical and multi specialty hospitals here. At the same time, the officials point out that the existence of many hospitals is also reason for pandemic spread and deaths as patients came here hospitals from various places for treatment.

Of the 26.63 lac people from the district who were screened, 1.28 lac had tested positive. As many as 1.21 lac among them were discharged after treatment. As on January 25, the district has 5,455 active cases. The positivity rate stands at 10.91. Most are now not opting to get tested. The district administration, with the support of the health department, has been trying to bring down the positivity rate and to get everyone vaccinated.

Dakshina Kannada district Covid nodal officer of Dr Ashok mentioned that patients from other states and districts come here because of the availability of advanced treatment facility. Most of them are subjected to tests and their reports most of the time happen to be positive. When they lose their lives despite the efforts of the hospital staff, their deaths are accounted under Dakshina Kannada district, he added.