Women & Child Welfare Minister and Congress leader Yashomati Thakur, who addressed the rally, said that Priyanka's campaign -- initiated in Uttar Pradesh -- has electrified the minds of lakhs of women and girls all over the country in the past four months. 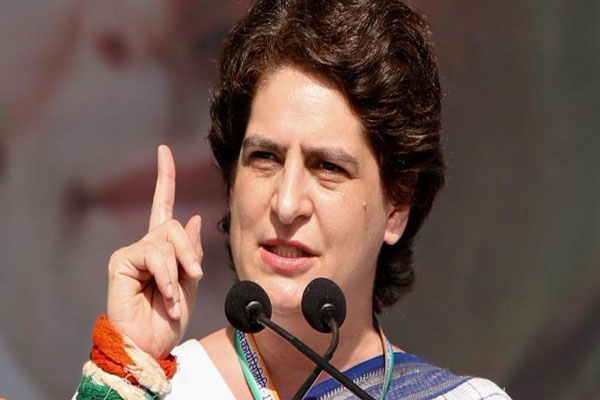 "Priyankaji is like a second Indira Gandhia. The drive started in UP, but now we will make women all over Maharashtra and the rest of the country aware of their rights, give them justice and empower them," said Thakur.

Savvalake noted how several top BJP leaders 'demean' or 'use foul language' against the womenfolk, but the 'Ladki Hoon, Lad Sakti Hoon' campaign has shown how girls and women can be empowered, respected and how they can fight for their rights in every forum.

As per the directions of All India Mahila Congress President Netta D'Souza, women and girls turned out wearing pink t-shirts, scarves, dupattas, sarees, salwar-kurtas, with big and small pink balloons in their hands symbolising freedom and women-power.