To commemorate his teachings and works, the teachers gathered in the school hall for a special assembly.The festivities began with a prayer service. A video was shown that highlighted the importance and impact of Baba Saheb's ideology during the freedom struggle as well as about the 8 lesser known facts of his life. 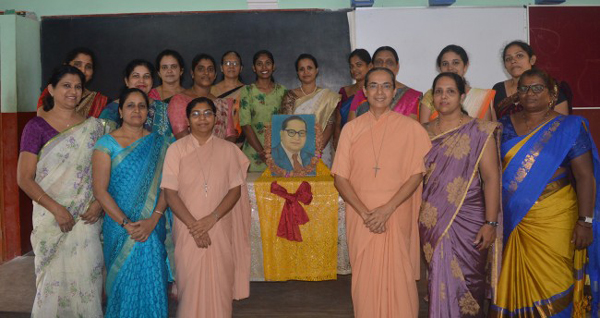 It inspired the teachers to follow in his footsteps and instil his values in their lives in order to achieve their goals and better the society.