Baghdad, Apr 17 (IANS): Two members of Iraq's Hashd Shaabi paramilitary force were killed in an attack launched by the Islamic State (IS) militants in the north of Baghdad, while four others died in a traffic accident in western Iraq.

The two Hashd Shaabi members were killed on Saturday when IS militants attacked their base in the rugged area of al-Eith in the eastern part of Salahudin province, the Hashd Shaabi said in a statement.

The security situation in Iraq has been improving since the Iraqi forces defeated the IS in 2017. However, IS remnants have since spread into urban centres, deserts and rugged areas, carrying out frequent guerilla attacks against security forces and civilians, Xinhua news agency reported. 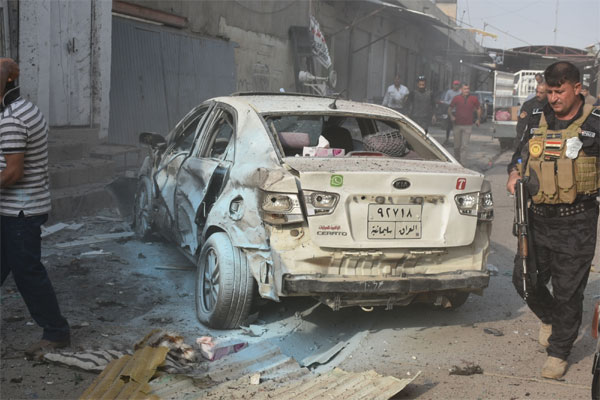 On Saturday, four Hashd Shaabi members were killed and six others injured in a traffic accident near the town of Rutba, nearly 390-km west of Baghdad, Lt. Col. Mohammed al-Dulaimi, a police officer from Anbar province, told Xinhua.

According to al-Dulaimi, the accident occurred when a vehicle carrying Hashd Shaabi members on vacation overturned on the highway near Rutba.