Doha, May 7: On the occasion of Eid-ul-Fitr, KCF Qatar (Karnataka Cultural Foundation) had organized a tour with hundreds of its members on May 3 with a gathering in Al-Gharia Beach with full of recreational activities adding zest to the participant’s enthusiasm. Varieties of programmes were conducted in the beach including seminars, various competitions, sports, and spiritual classes.

Two buses, with a separate bus for families were arranged, which started from Doha by 11am. After the introduction, Abdul Sattar Ashrafi, the Amir of the tour briefed about the tour and guided the participants. After LUHR payer at Umer bin Qattab masjid, mebered enjoyed Islamic songs by few talents through out the journey towards the tour destination. 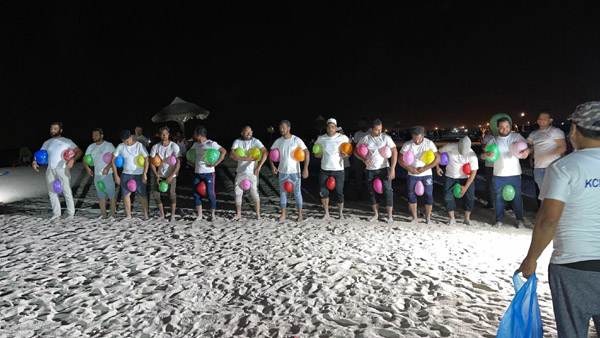 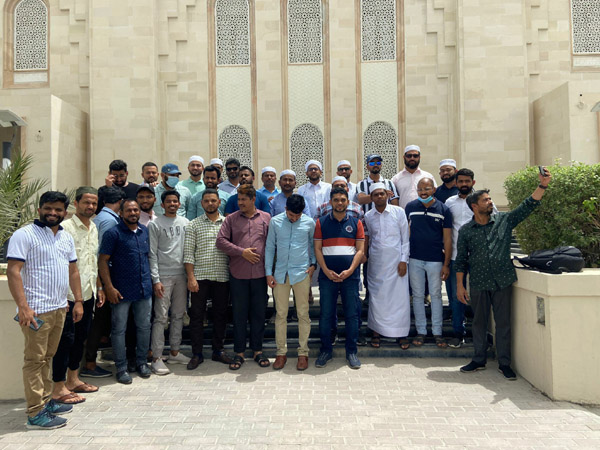 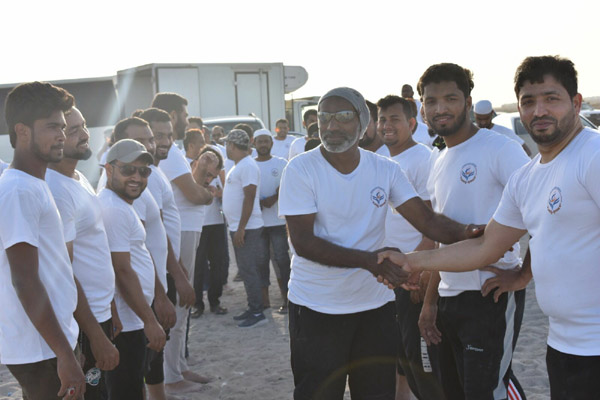 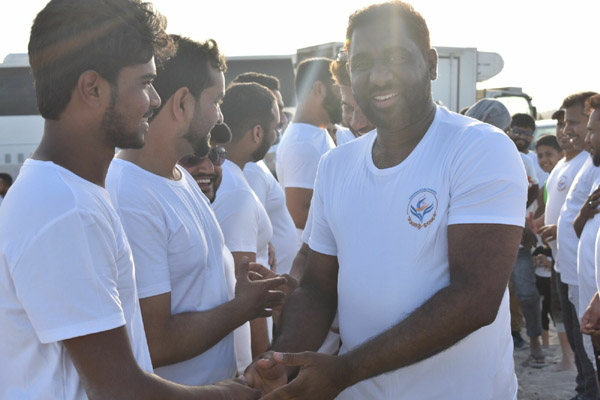 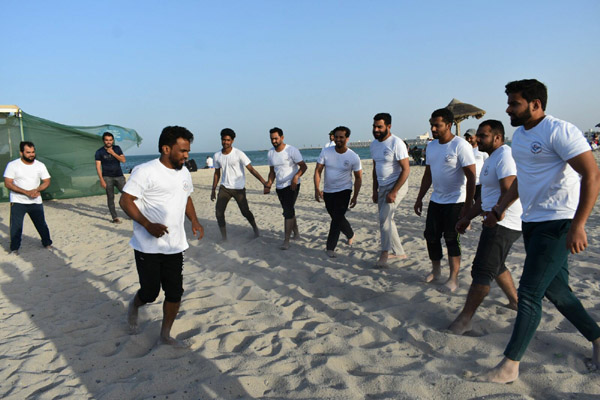 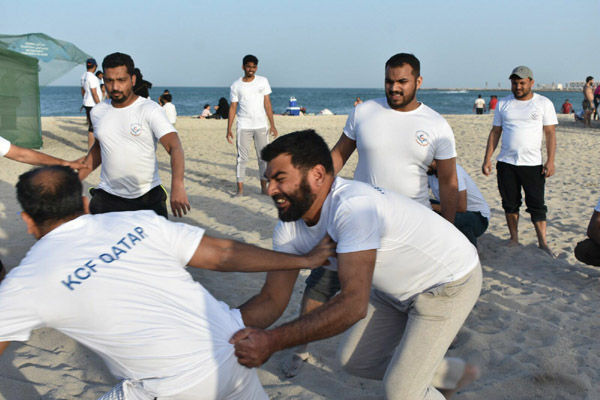 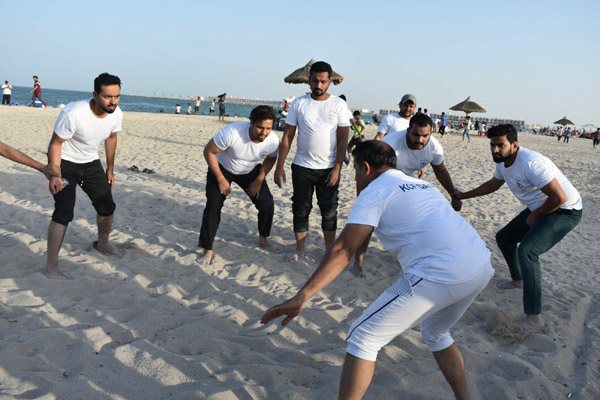 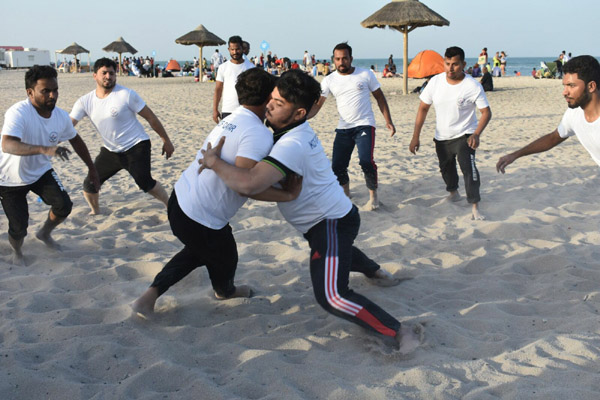 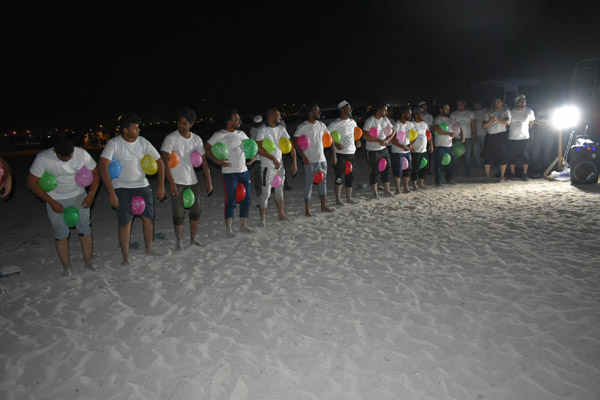 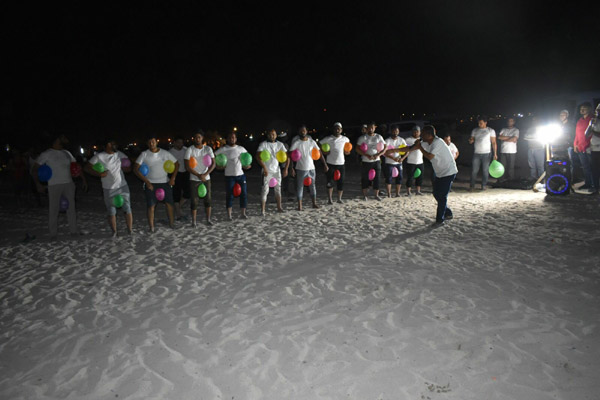 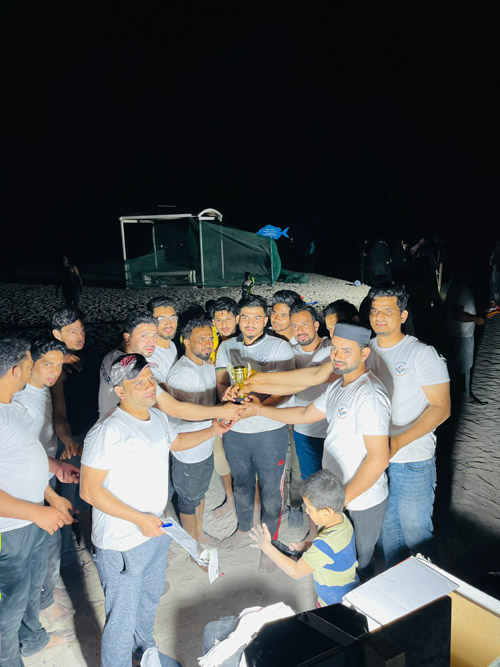 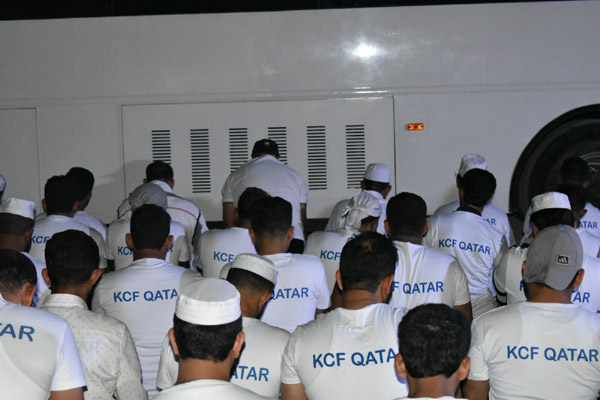 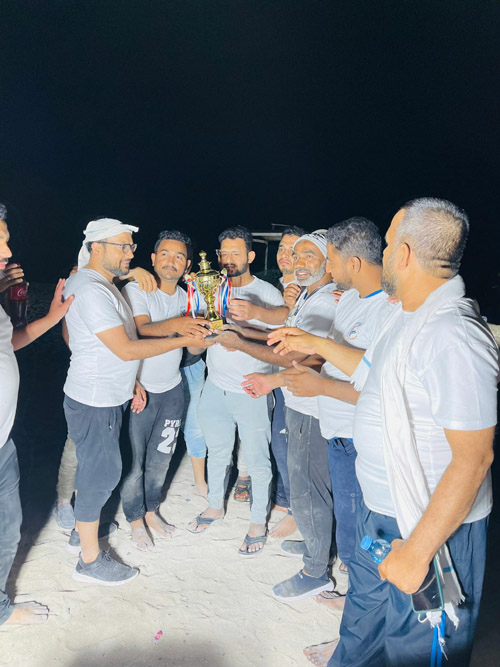 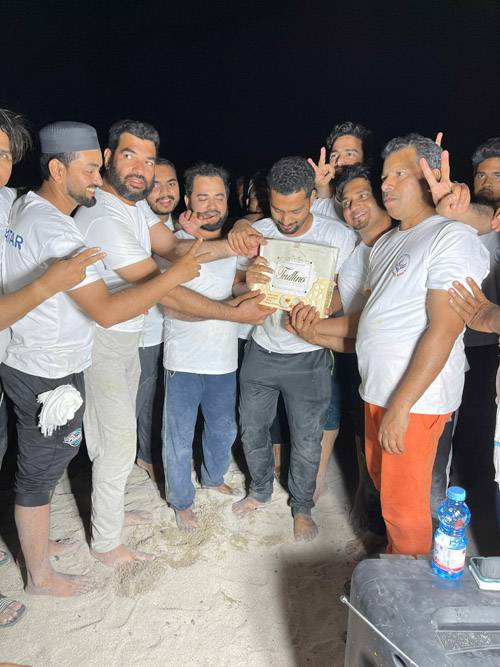 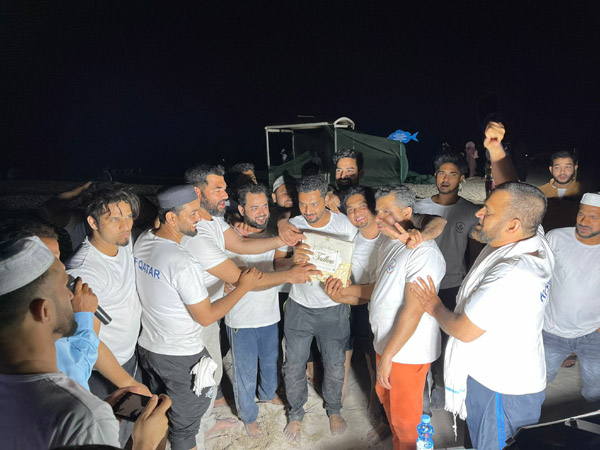 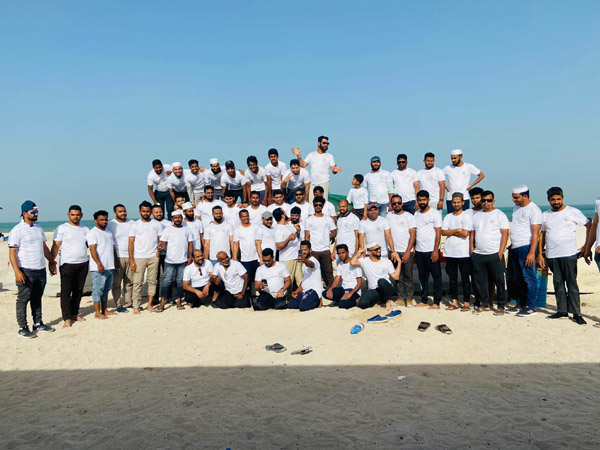 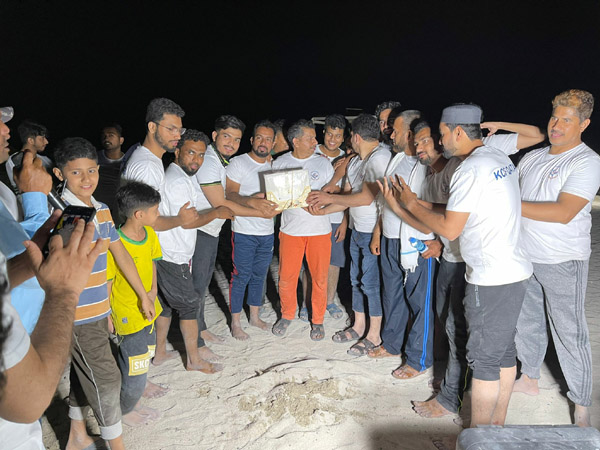 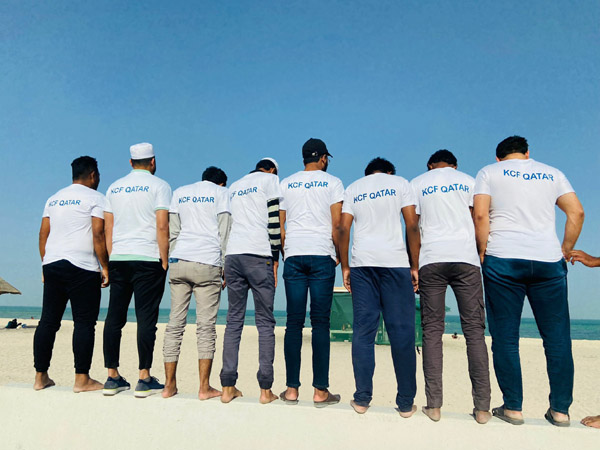 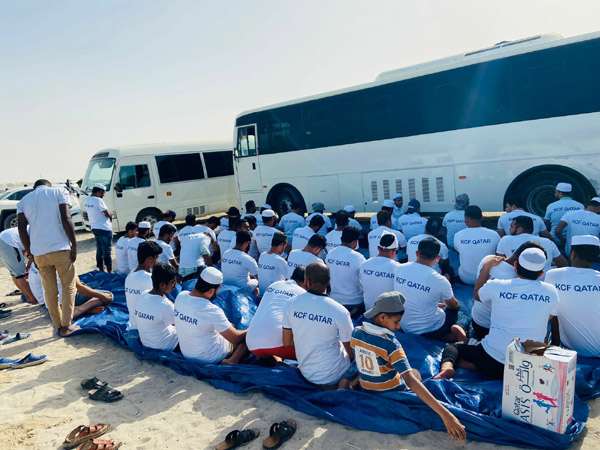 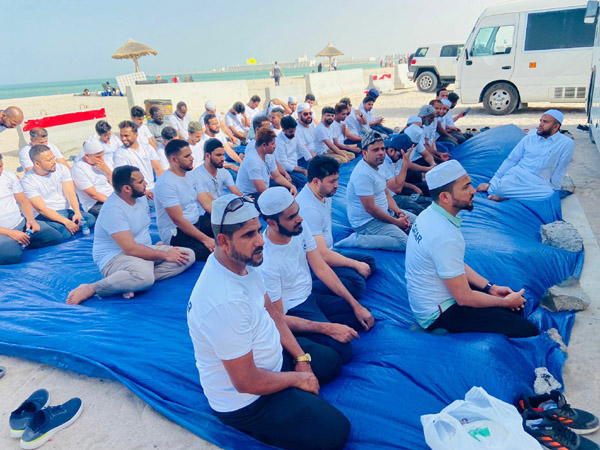 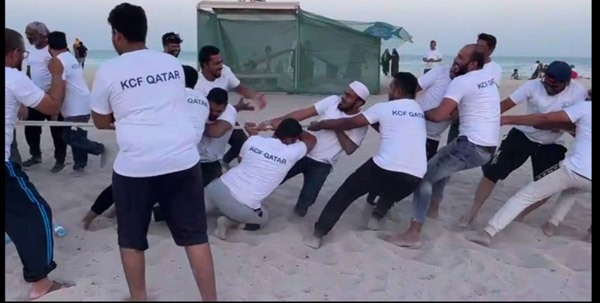 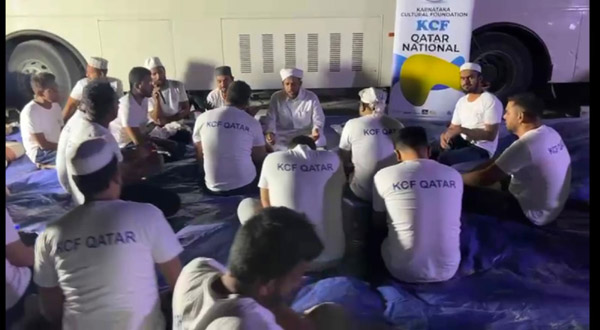 On reaching Al-Ghariya beach, luch was served at first followed by ASAR prayer, Thalhath Perne and Nazeer Murnad led the sports competitions and effectively controlled the entire sports activities until mid-night. Entire group were split in to four teams, Ashiq Bairikatte, Sadiq Muloor, Kader Pathoor and Ashraf Valachil were made the captains of each team. Kabaddi, Tug of War and beach volleyball were fascinating under the floodlight, while Sadiq team winning Kabaddi, Ashraf team grabbed first in Tug of War, and Ashiq Team won in Volleyball final rounds. Three-leg running race, Lemon spoon race, walk with Balloons were some other fun games which have made this tour fun filled and energetic among the participants.

After ISHA prayer, Hafil Umarul Farooq Saqafi lectured to the participants and took control of them spiritually, nurturing their dynamism. The new generation trend in the new lifestyle, its negative consequences and overcoming them were discussed in the seminar which was very interactive and useful, Asif Ahsani Al-Anwaari lead the Burdah majlis and presented devotional songs. Arrangements for families, women and kids were made separately, which made a relishing and memorable Eid holiday for families.

Excellent arrangements by Ashraf Kavalakatte and Hassan Punjalakatte throughout the tour were also added the feather to the grand success of the tour, other logistics arrangements by Ismail Uppalli, Basheer Uppalli, transportation by Muneer Magundi and Iqbal Punjalkatte were commended by the leaders. General secretary Siddeeq Handuguli congratulated and thanked the participants and those who have been working hard behind the grand success of the Eid tour.