Bengaluru, May 10 (IANS): The decision of the BJP top brass to invite leaders from other political parties as a strategy to gain upper hand in the 2023 Assembly elections has upset the loyal party men in Karnataka.

Sources in the party said that within the party loyal workers are expressing their dissatisfaction over the preference being given to leaders from other parties and they are now questioning the seniors. Chief Minister Basavaraj Bommai after the recently held Assembly elections in five states said that many leaders from opposite parties have approached the BJP. Bommai also stated that they were being told to join the party at an appropriate time. This has caused heart burns in the loyalist group. 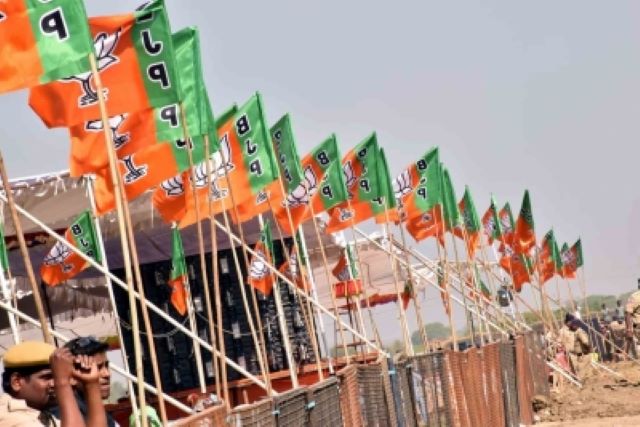 The workers are upset that more than a dozen leaders were inducted into the BJP through 'Operation Lotus' in 2019. The party is all set to invite more leaders into its fold from the Congress and JD(S).

Many leaders, who have come to the BJP, had openly criticized Prime Minister Narendra Modi and their videos are still available on social media platforms. The BJP loyalists are expressing their helplessness saying that they will have to work for them also.

The move for the inclusion of Pramod Madhwaraj, a powerful leader from coastal Karnataka, is described as a blow to the Congress and the party workers are upset, according to sources.

The inclusion of the Legislative Council Chairman Basavaraj Horatti has already triggered a war of words among the BJP leaders of north Karnataka. The party workers are questioning the leaders that, if leaders from outside are preferred, why they should put in efforts for party ideologies and take risks.

The party workers are ridiculing the move by saying that Prime Minister Narendra Modi didn't mean by Congress Mukt Bharat that BJP started inviting the Congress leaders into the party at the cost of loyalists.

Title: Karnataka BJP loyalists upset over decision to welcome leaders from other parties