Addressing a press meet at the TMA Pai convention hall, Nirani said, "Various companies are flocking to Karnataka with mega projects. For the past one year, Karnataka has been at the top position in attracting FDIs. Nearly, 42% of FDI into the country is from Karnataka. In the IT-BT sector, Karnataka is in the number one position. Karnataka is the silicon valley of India.” 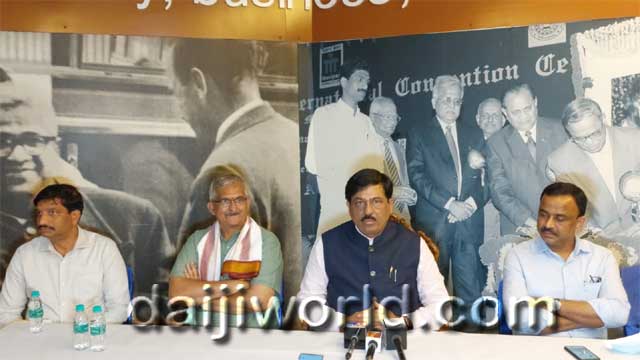 For the first time in the country, he said Karnataka has introduced a policy for semiconductor companies. Under this, he said we have cleared three projects which would come in three locations. One project is coming up in Mysuru involving an investment of Rs 22,500 crore, he said.

He also said that the government is giving importance to EV vehicles and Ethanol fuel extracted from different raw materials. “In 2020-21, we have produced 12% ethanol in the country. In 2022-23, we would like to touch 20%. The Centre is providing an interest subsidy of up to 6%. The Union government is supporting in increasing the GDP of the country. It is providing financial assistance for the various sectors for instance Bulk Drug Park. This would come up in three places in the country. Already, we have reserved 3000 hectares of land in Kadechur, Raichur. Almost 80 drug industries are all set to invest in this place. The Union government will release Rs 1000 crore for the project,” he said.

The Union government will also release Rs 1,000 crore for the Tumakuru Industrial Corridor. In Dharwad, he said the government has already acquired 5,000 acres of land to set up various industries.

To a question whether the government has acquired thousands of hectares of land for industrial use he said the land still remains unused. However, the government is still acquiring land, he said.

"There are 188 industrial centers in the state. We are identifying such lands. Where the land is not used for industrial purposes, the government will serve a notice and withdraw the facilities. And, we will provide land to industries which are seriously interested to do business, he said.