Washington, May 20 (IANS): Initial jobless claims in the US last week rose for the third straight week amid a tight labor market, reaching 218,000, the US Labor Department reported.

In the week ending May 14, the number of Americans filing for unemployment benefits increased by 21,000 from the previous week's downwardly revised level of 197,000, according to a report released by the department's Bureau of Labor Statistics (BLS) on Thursday. 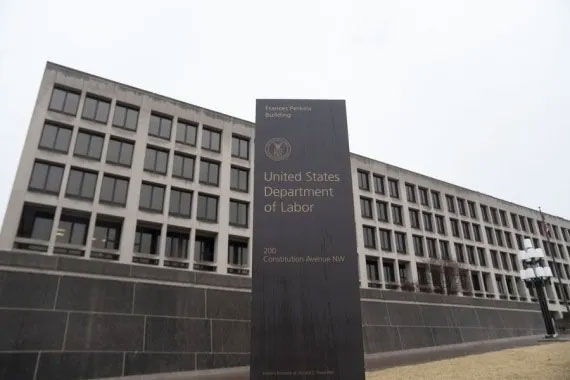 Despite the upward trend in recent weeks, jobless claims remain historically low, with last week's figure matching the average level of 2019 ahead of the Covid-19 pandemic, Xinhua news agency reported.

The latest report also showed that the number of people continuing to collect regular state unemployment benefits, which was reported with a one-week lag, declined by 25,000 to 1.317 million during the week ending May 7. That number peaked in April and May in 2020, when it was more than 20 million.

The total number of people claiming benefits in all programs -- state and federal combined -- for the week ending April 30 decreased by 68,885 to 1.371 million.

Companies were struggling to hire as labor market supply could not meet demand. The number of job openings was little changed at 11.5 million by end of March, the highest level in the history of the series which began in December 2000.

The monthly employment report, however, showed that the number of unemployed persons dropped slightly from 6 million in March to 5.9 million in April, indicating there were 1.9 job positions for every unemployed.