Couple's suicide in Udupi: Families say they would have got them married

Bengaluru, May 23 (IANS): The parents and relatives of the young couple, whose charred bodies were found in a car in Karnataka's Udupi district, have said that they would have allowed them to get married had they known about their plans.

The bodies of 23-year-old Yashwanth Yadav V. and Jyothi M. were found in the wee hours of Sunday. The couple had married before taking the extreme step and while sitting in the backseat of the rented car had set themselves afire after pouring petrol. 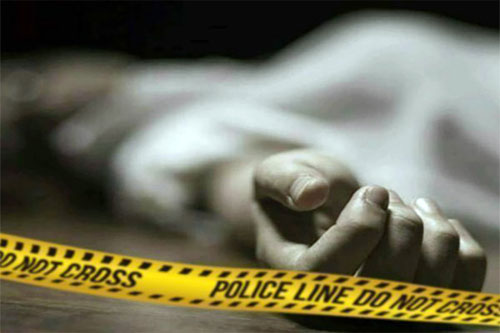 Police said that the charred bodies were found locked in an embrace. After the incident the parents of Yashwanth Yadav and Jyothi maintained that they did not know about the young man and woman's love affair.

They maintained that, if they had known they would have got them married. They blamed their children for not being able to face the world after falling in love.

Police said that the couple had taken the extreme step after finishing all the money they had brought with them. The girl was a BCom graduate, but she was very sensitive and had a fearful personality, said her relative Seenappa.

Yashwanth Rao, the father of the man who ended his life, stated that he would never have believe that his son could commit suicide. "He is innocent. He had sent an SMS message apologising for causing suffering and pain to parents. He had also stated in the message that he can't live alone and he is taking a bad decision", said his father.

Rao said that no one in his family knew about the woman. "Had he opened up about his love affair, his marriage could have been arranged, and he should have called before taking this step."

The couple had left their respective houses on May 18. Jyothi had told her parents that she would attend an interview and Yashwanth had informed his parents that he would go out to attend his classes. Police are investigating the case.

Title: Couple's suicide in Udupi: Families say they would have got them married