Udupi, Jun 15: The department of student affairs of Manipal Academy of Higher Education had organized a Special Postal Cover Release in connection with the project “Nasha Mukt Udupi Abhiyaan" involving the "Young Leaders of MAHE” as part of the nationwide Nasha Mukt Bharath Abiyaan, a campaign to make India free of drug abuse, under the aegis of the Union Ministry of Social Justice and Empowerment.

The event took place, at the TMA Pai Auditorium, Manipal and encompassed the release of a special postal cover, two newsletters i.e., “Hithaishi” and “Nasha Mukt Udupi Abhiyaan” and the launch of the Nasha Mukt Club at Manipal College of Dental Sciences, MAHE, Manipal. Dignitaries and officials from MAHE and the postal department were in attendance along with students and faculty. 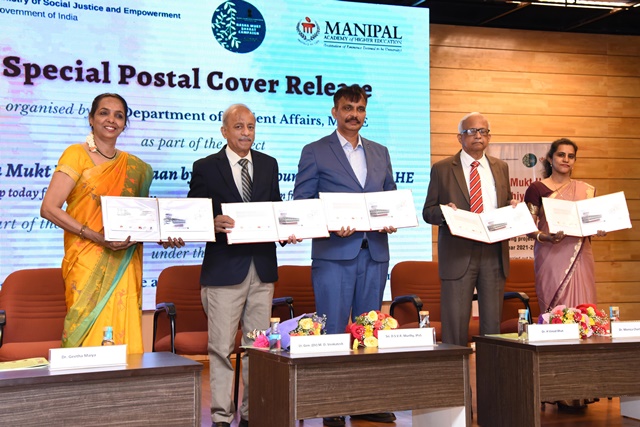 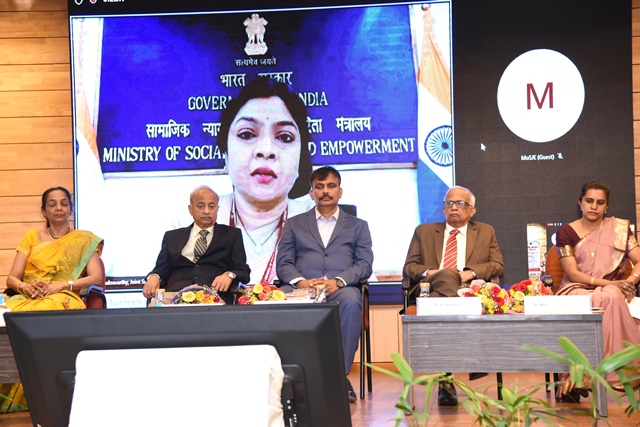 Lt General (Dr) M D Venkatesh, vice-chancellor of MAHE, released the 3rd edition of the newsletter “Hithaishi” of the Department of Student Affairs. Dr H Vinod Bhat, executive vice president of MAHE, was the guest of honour. The special postal cover was designed under his guidance.

Speaking at the event Lt General (Dr) M D Venkatesh, vice-chancellor MAHE said, “Substance abuse is a serious issue that needs to be tackled. Manipal academy of Higher Education will continue to provide its support in creation of awareness around the issue, so that the goal of making Udupi 'Nasha Mukt' is achieved.”

As part of the launching of the Nasha Mukt club at the Manipal College of Dental Sciences (MCODS), Manipal, the guest of honour Dr Monica Charlotte Solomon, Dean of MOCDS, Manipal administered the oath to the members of the Nasha Mukt Club at MCODS, Manipal.