Vijayapura, Jun 21 (IANS): On the occasion of International Day of Yoga, Muslim girls performed yoga wearing hijab at the Gol Gumbaz in Karnataka's Vijayapura on Tuesday.

A video of Muslim girls performing yoga in traditional attire has gone viral on social media. 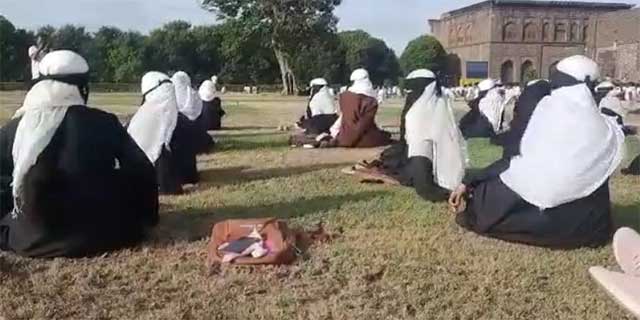 The girls attended the Yoga Day celebrations along with hundreds of people and performed yoga wearing burqa and hijab.

People appreciated the initiative by the Muslim girls to participate in the event amid the ongoing social unrest in the state.

Gol Gumbaz is the most famous monument of the state. It is the tomb of Mohammed Adil Shah who ruled Karnataka between 1627 and 1657. It is the second largest dome ever built, next only to St Peter's Basilica in Rome. The central chamber is the main attraction where every sound is echoed seven times.