Mangaluru: Sharan Pumpwell of VHP calls for banning Madrasas in the country

Mangaluru, June 29: "If the government does not want such a gruesome incident to repeat in the country that was reported from Udaipur of Rajasthan, the government should ban Madrasas in the country. The preaching that is given in the Madrasas is spoiling the minds of Muslim youths. Only hatred against the Hindus is being taught there," said Sharan Pumpwell, Mangalore Vibhag Secretary of Vishwa Hindu Parishat (VHP).

He was speaking during the protest organised by the VHP and Bajrang Dal condemning the brutal killing of Kanhaiya Lal at his shop by two men in Udaipur in Rajasthan on Tuesday, June 28.

Stating that Hindus should be alert, Sharan said that the murder of Kanhaiya Lal was so gruesome and painful that “we had never seen such a brutal killing in our lifetime. Moreover, they (accused) celebrated such a brutal murder by sharing it on social media. If Muslims want to fight, Hindu youths should be ready to answer them in the way they need. If they want the answer from a sword, our youths are ready to give a befitting reply using a sword too”, he said. 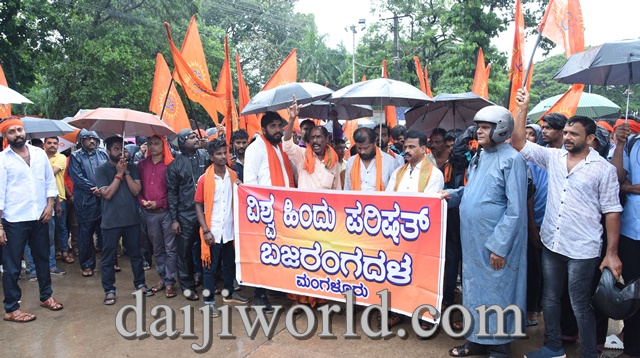 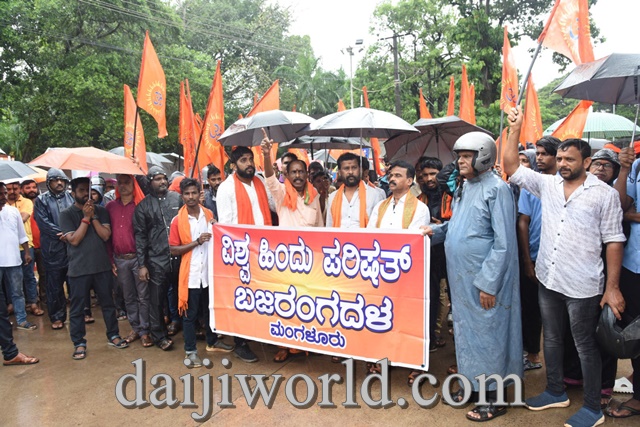 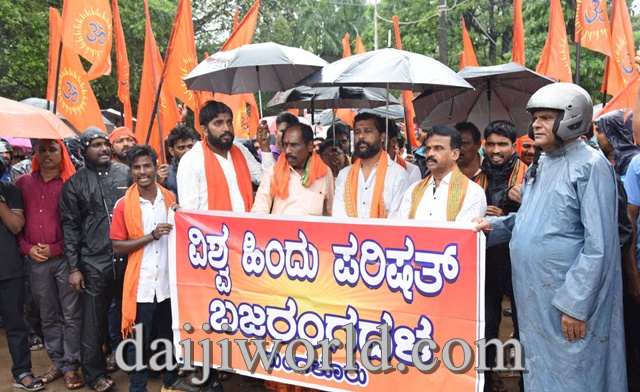 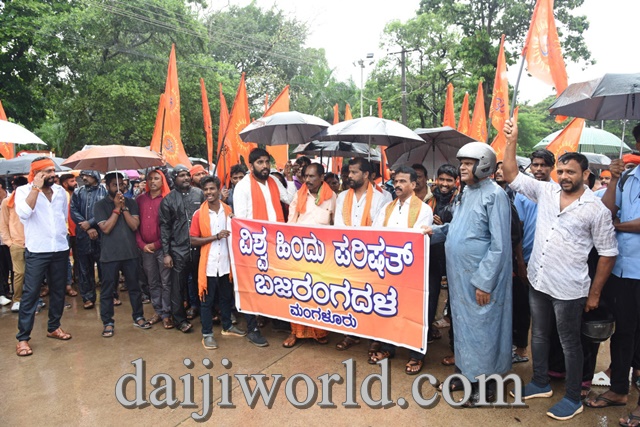 He also said that the accused should get death punishment and they should be hanged. He also questioned why the so-called thinkers and left ideologues were silent. “The people who are claiming that Muslims in this country are targeted have now remained silent over serious crime committed against Kanhaiya Lal,” he said.

"Our forefathers taught us peace and non-violence. Hence, today we have hit the streets protesting peacefully. We have seen many times that these people attacked police personnel, houses were burnt and innocent Hindus brutally murdered. Does the law and Constitution apply only to Hindus," he questioned.

After the protest, effigies of the accused were burnt.

Title: Mangaluru: Sharan Pumpwell of VHP calls for banning Madrasas in the country