Puttur, Jun 30: During Monsoon, the water from underground drainage flows on the main roads in the town and the Public Works Department (PWD) has started slapping fines on those who are responsible for blocking the roadside drains.

Many private house owners have built connecting roads and closed the roadside water drains. This is causing artificial floods as the drain water overflows onto the road and two wheeler riders have a tough time commuting on the inundated roads. The PWD had informed such offenders to rectify the problem and make way for the drain water to flow. Now the department is out on the streets to penalize those who have not paid heed to its directions.

The issue is more on the roads of Puttur and Kadaba. Though RCC pipes are installed at certain places, their diameter is not proper and they obstruct the free flow of water. The department has ordered action on the offending private individuals or organizations under the State Highway Act of 1964. 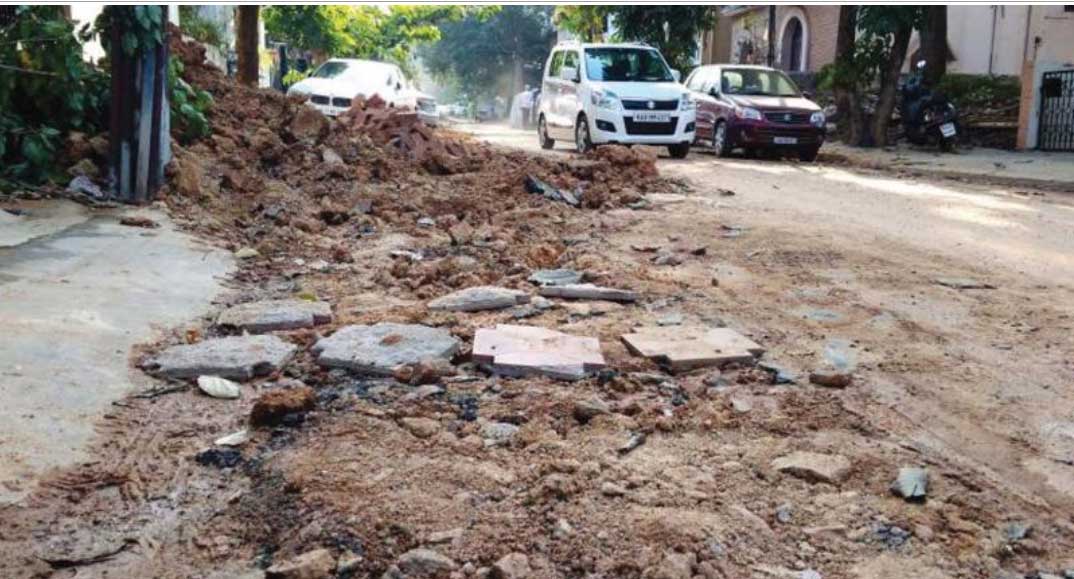 The 13-km stretch of road between Uppinangady and Puttur also has issues as it does not have a proper drain on the sides. The gangmen are not available in the PWD. The department is not bothered to recruit gangmen even on an outsourced basis. There are only two gang men in the PWD of Puttur. It is not possible for them to manage the situation during monsoon, it is said.

The PWD officials say, “In certain parts of Uppinangady road the drainage is set properly. But in other parts, artificial floods are created as the private individuals have built roads and closed the drains. They have to immediately get the same repaired. Otherwise suitable action will be taken.”