With this the government is trying to achieve the goal of making Goa the knowledge and technology hub of the country. 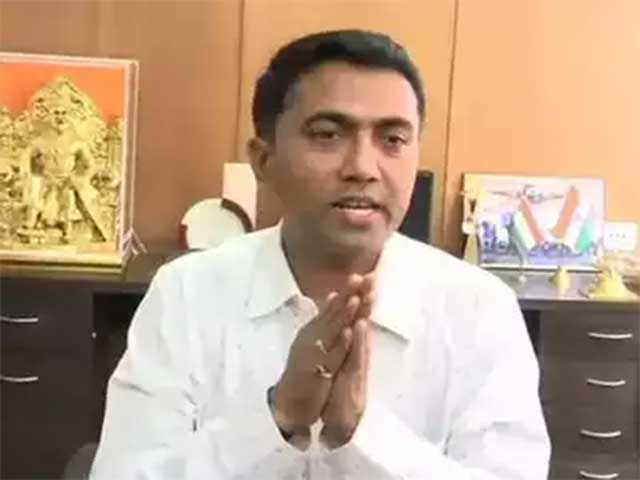 Goa will also start a National Forensic Science University, the campus of which would come up in Dharbandora, twelfth taluka of the state.

Chief Minister Pramod Sawant has said that he wants to make Goa the knowledge and technology hub of the country. He has also made a budgetary allocation to implement the National Education Policy 2020.

Sawant stated that government land was encroached upon and slums were seen mushrooming there. This land can be utilised to make Goa the educational hub and innovation centre under the Public Private Partnership model.

The government has shown readiness to provide land to educational institutions. Along with engineering colleges like the Goa Engineering College, NIT, IIT and others, Goa has a footprint in medical colleges also.

Amid the sustained criticism of the Portuguese for carrying out forcible religious conversions in Goa, Sawant had a rare moment of praise for the colonisers for building the first medical college in Asia in Goa in 1847.

"No doubt the Portuguese committed atrocities, but we should mention that they constructed Goa Medical College in 1847, which was the first in Asia," Sawant said.

Now, an AYUSH hospital will be inaugurated in Goa under the AYUSH ministry, giving scope to students to learn Ayurveda. The 250-bed hospital will also enable around 500 students to pursue undergraduate, postgraduate and PhD degrees.

However, the government also faced an agitation while providing land for such big educational projects. When land for the IIT project was identified in Shel-Melauli in Sattari taluka of North Goa, the affected people agitated saying it would destroy the environment.

Bowing to the people's pressure, it was cancelled and now land for the IIT has been identified in Sanguem.

"We will take care that no destruction of the environment takes place here," Social Welfare Minister and Sanguem MLA Subhash Phal Desai said.

Speaking to IANS, Phal Desai said that it is government land and there are a few encroachments in the area. However, he will speak to the encroachers and will try to rehabilitate them elsewhere.

"We will see that such things do not happen here and this project is not objected to. I will take all into confidence, before going ahead with this project," Phal Desai said.

While welcoming projects like the NIT and IIT in the coastal state, Phal Desai noted that the government must also ensure that seats are reserved for local students, besides assuring them employment.