Udupi, Jul 3: Residents of Parkala ward of the city municipality, represented by president Sumitra Nayak, are unable to walk during monsoon as the road has been dug up leaving behind a muddy road.

From the past two months continuous excavation is being done through Hitachi earthmover. As the rains have started now, the road that has dug up has turned into Kambala field. There is no alternative route to go to Kodange from Parkala except this road. Though DC himself has prohibited excavation work during monsoon, the same continues at Parkala road. City municipality is least bothered about the plight of the public.

The road is dug up to a length of 1.5 km and is wide enough for just two buses to pass at a time. Locals held a foot march from BSNL office on Saturday. Later the excavation work was stopped. Public are accusing the city municipality of starting the work during monsoon from the remaining funds of city development. 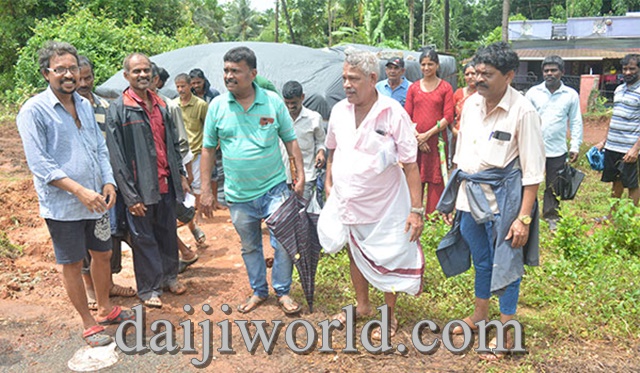 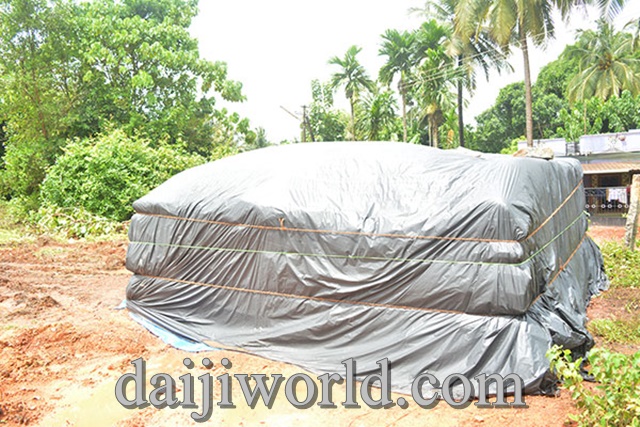 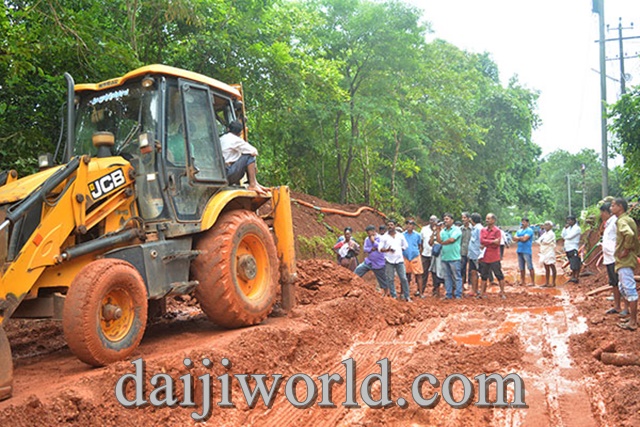 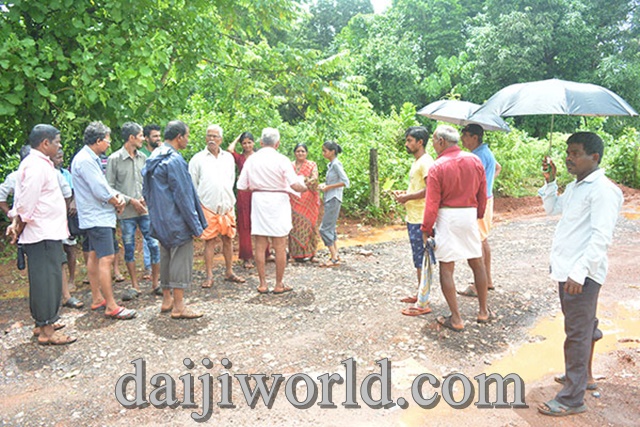 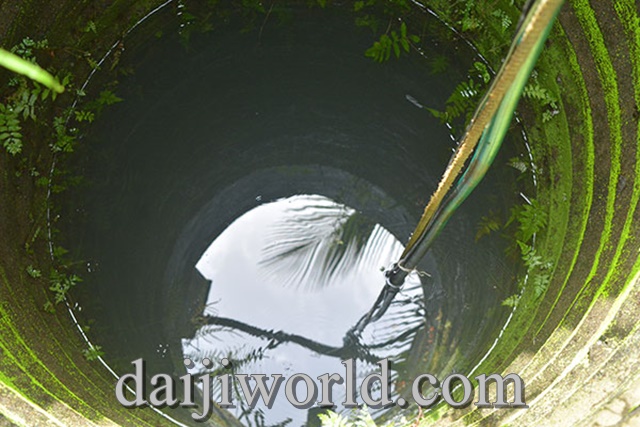 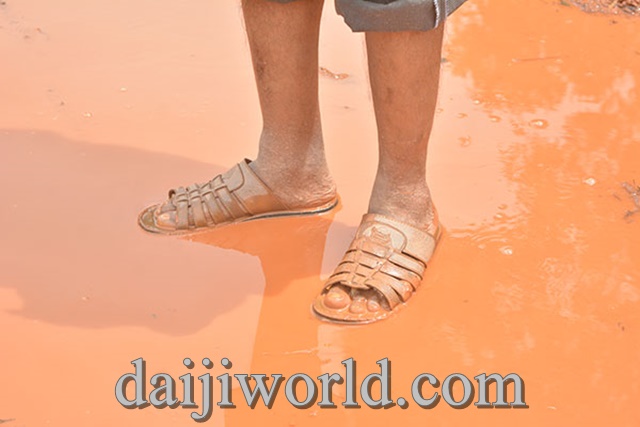 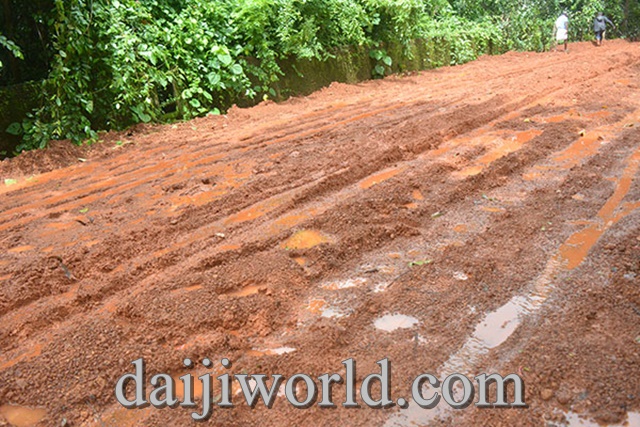 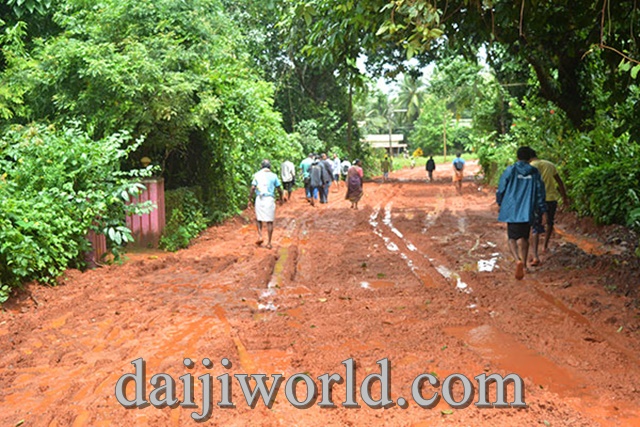 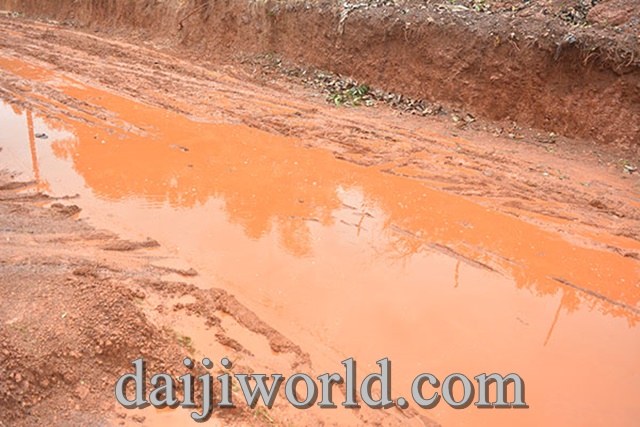 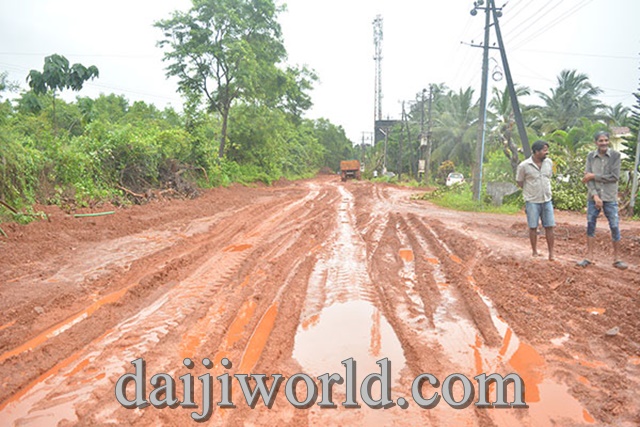 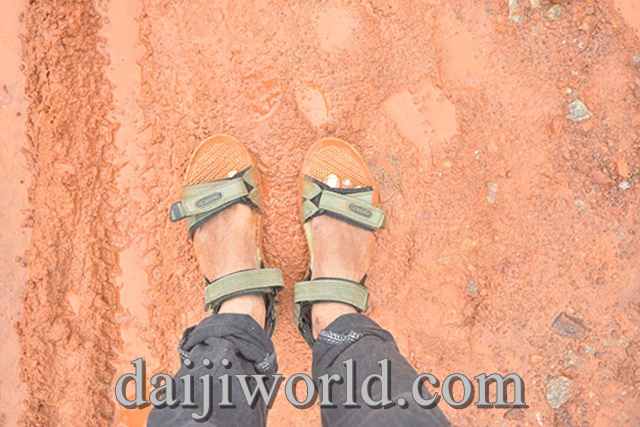 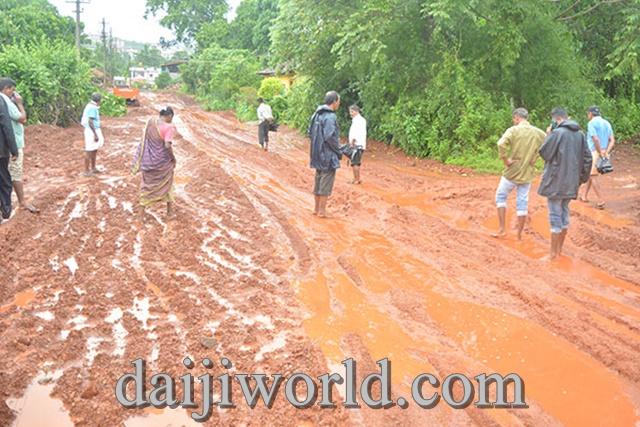 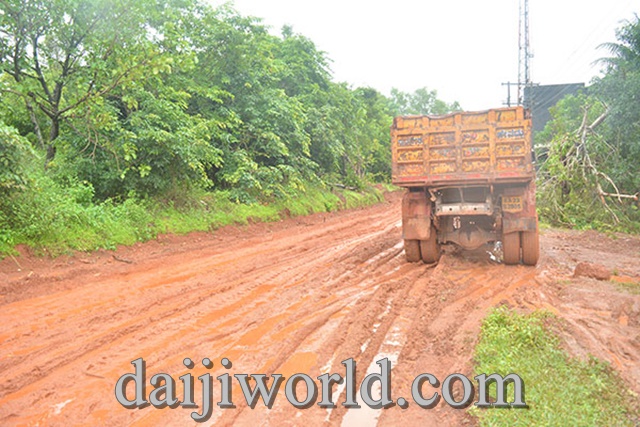 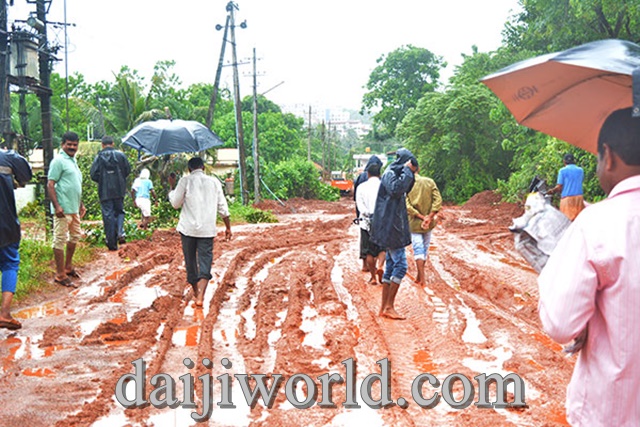 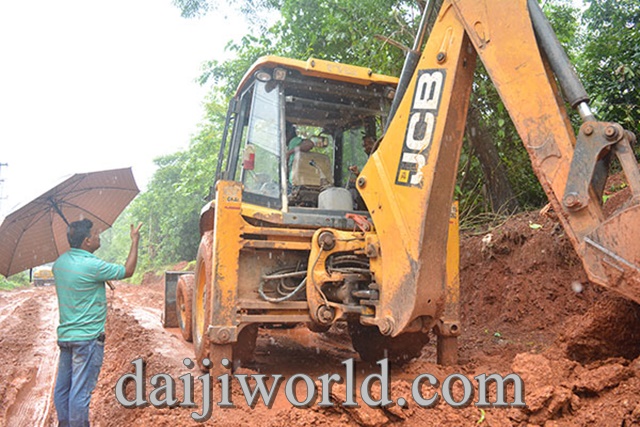 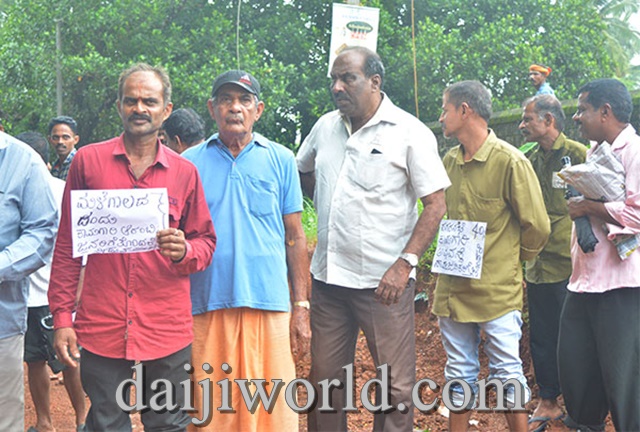 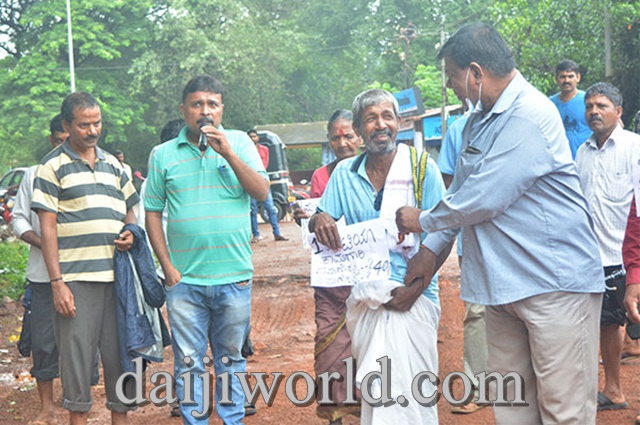 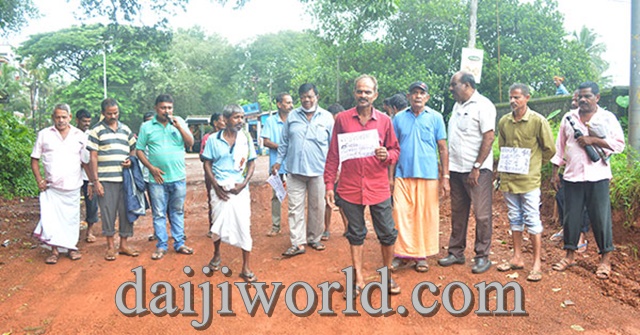 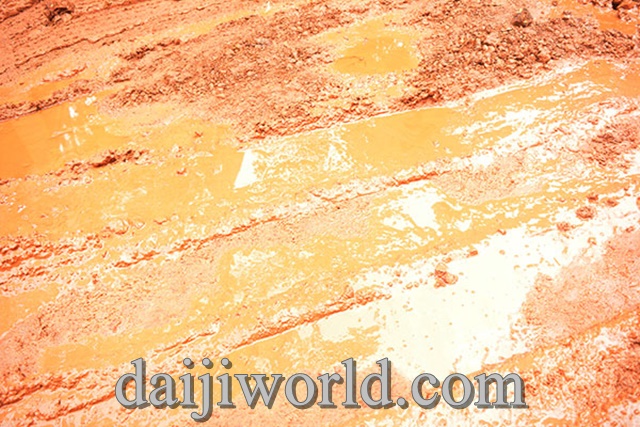 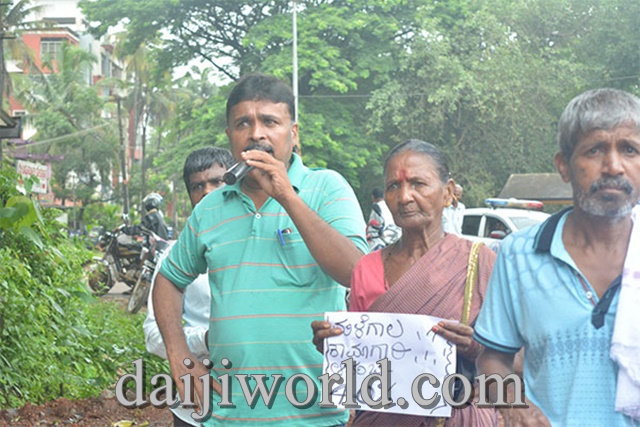 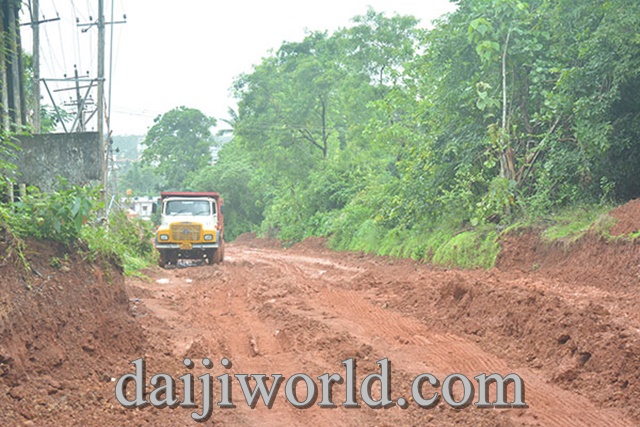 It was decided to widen the road at a cost of Rs 1 crore grants under city development. As the work is progressing at a snail’s pace, it has led to non-stop excavation and unplanned work. Already three truck loads of cement is getting hardened.

There are around 100 houses on both sides of the road. Residents are finding it difficult to even walk. On Friday, one of the residents died of cardiac arrest. None of the ambulance and autorickshaw drivers agreed to drive on the muddy road. Later, he was taken to the ambulance in a stretcher.

Drain by the road side is closed for excavation work. Now the rainwater fills the verandah of the residents. In addition, the muddy water gets seeped into the well making it unfit for drinking.

Responding to Daijiworld Media, city municipality president and representative of the ward Sumitra Nayak said, “Due to the changes in the planned work, there is a delay in completion of the project. Public has to cooperate. I have instructed the engineer to start work on Monday, after putting the gravel. The work will finish within the end of monsoon.”