Mangaluru, Jul 30: The students of St Aloysius Gonzaga School were sensitized to the importance of growing plants through the July month’s project, ‘Gonzaga Go Green Campaign’. The culmination of the project was held on July 29, with great avidity.

The chief guest of the day, Nitin Vas, founder of Paper Seed, gave a call to students to reduce the use of plastics, explained the harmful effects of micro plastics to the nature, through a presentation and quoted that 'What we give to nature comes back to us'. 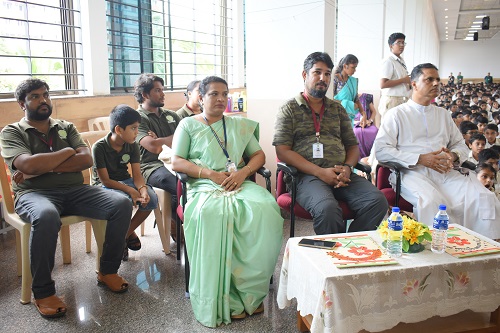 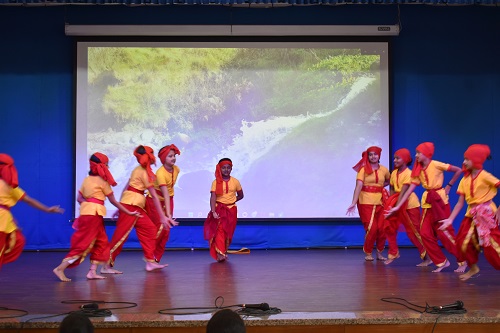 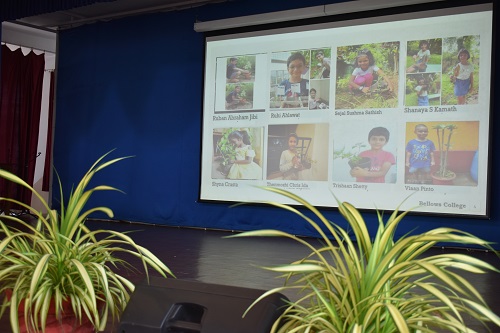 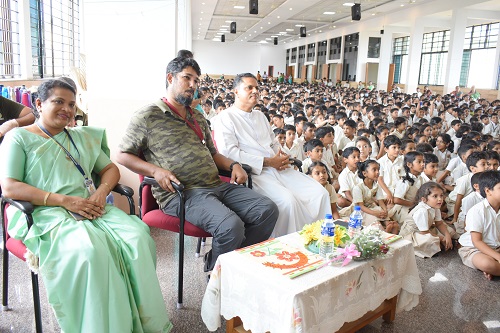 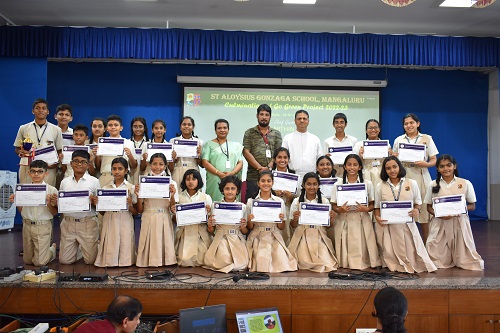 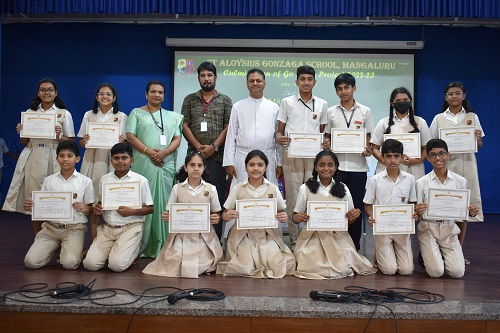 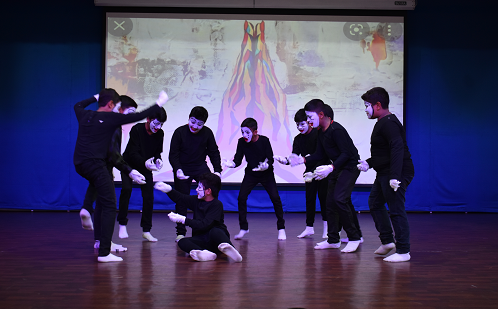 The principal Fr Melwyn Anil Lobo SJ said that St Aloysius Gonzaga School is committed to be eco-friendly through various Go Green initiatives in the school by installing Solar panels, Rainwater harvesting unit, Sewage Treatment Plant, Vermicompost bins and activities under the Eco Club. He motivated the students to safeguard the planet earth for future generation, as there is no second earth. The culmination programme included Mime show, dance and song on the theme ‘Go Green’ which was admired by all.

The activities of the project ‘Plant a plant and take a selfie’and ‘Gift a plant to a friend / relative’were successful in promoting an environmentally friendly mind-set among the Gonzagaites. A group of students from class VI to XI along with the principal and the Eco Club teachers visited Center for Sustainable Biodiversity ‘ALVANA-ARBORETUM’ in the campus and contributed towards sustainable Biodiversity by planting three varieties of saplings. Manisha Preema Fernandes welcomed the gathering. The vote of thanks was proposed by Shazana Thasneem J of Class IX A and Ana Nicole D Souza of Class III B compered the programme. Shilpa R Ballal, Divya K and Manisha Preema Fernandes were the conveners of the programme.