Sullia, Aug 3: The final rites of the children who died in the mud debris following the hill collapse were conducted on Tuesday August 2 at Panja Karimajalu.

Shruthi (11) and Ganashree (6), children of Kusumadhara and Roopashri couple had died in the mud debris following the collapse of the hill on their house due to heavy rains on Monday. Three members of the family ran to safety and efforts were made to save the children in a rescue operation but they could not be saved. The autopsy of the children was conducted at the Kadaba government hospital and their bodies were handed over to the families. 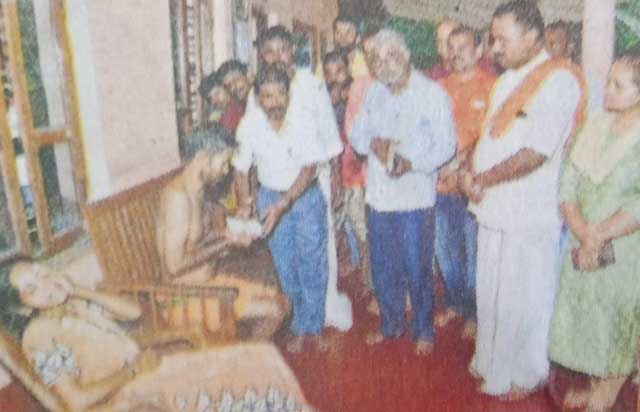 The entire town of Subramanya wore a gloomy look as they bid a tearful farewell to the deceased children on Tuesday. Several residents of the town paid a visit to the family to offer their condolences and see the children off.

Later, Minister S Angara paid a visit to the bereaved family and offered his condolences to the family. He handed over three cheques totalling Rs 11.5 lac to the family. Kadaba tahsildar Ananthashankar was also present.