Mangaluru, Aug 4: ADGP law and order Alok Kumar who had a look at the law and order situation in the city said that male pillion riders will not be allowed for a week in the city after the night curfew is revoked on August 5.

Speaking to reporters on Thursday August 4, he said, “Section 144 has been imposed in the district till August 5. We have decided that once the night curfew is relaxed, youngsters (male) riding pillion on two wheelers will not be allowed for a week. An order will be passed regarding the same. Children, women and senior citizens are allowed to ride pillion.” 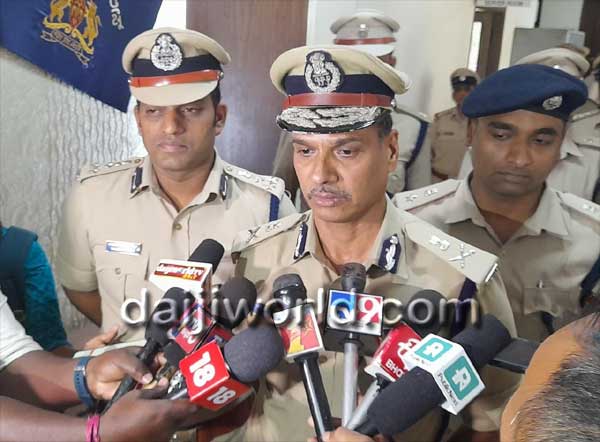 He further said, “I have conducted a meeting with the police officials regarding the progress of investigation of three murders in Dakshina Kannada. Meanwhile, we will keep a close watch on criminals having old cases.

“The accused in Fazil murder case have been taken into police custody. The investigation under ACP Mahesh Kumar is in progress. Once it is over, we will file the charge sheet. I will visit Bellare as well to know how the case has built up.

"Close to 100 check posts have been set up in Dakshina Kannada district and six under Mangaluru city police commissionerate including Talapady. KSRP platoons also have been deployed which will be effective in maintaining law and order.

“I have been closely monitoring the law and order situation in the district. We are very strict with the offenders. Meanwhile, we will conduct border state meeting with Kerala frequently,” said Alok Kumar.