Mangaluru, Aug 5: "As part of the 'Har Ghar Tiranga' campaign to mark the Amrit Mahotsav (75th anniversary of India’s independence), the Mangaluru City Corporation (MCC) has aimed to hoist 60,000 national flags under its limits from August 13 to 15," said mayor Premananda Shetty.

He was speaking to media persons at MCC here on Friday, August 5.

"Flags will be hoisted in the houses, government buildings, private business establishments, organisations and institution buildings and in other buildings in the city," he added.

He also said that the distribution of flags has started on August 3 at 10 primary health centers- Surathkal, Kulayi, Kuloor Shakti Nagara, Kadri, Padil, Yekkur, Jeppu, Bundar and Bengre, zonal and ward offices of the Mangaluru City Corporation, main malls like Bharat Mall, City Center and Forum Fiza Mall. Each flag costs Rs 22. Those who cannot afford to buy the flag by paying Rs 22 will be given the tri-colour free of cost, he said. 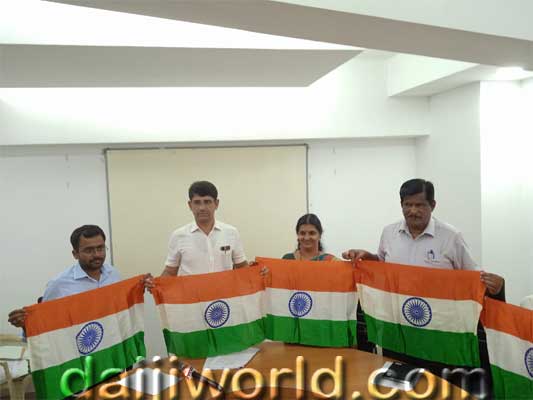 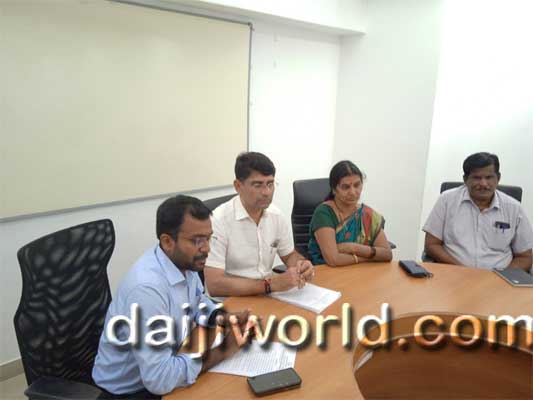 "Multi-purpose workers of MCC and ward committee nodal officers under the leadership of the corporators will be roped in to distribute the flags door –to-door within the limits of MCC. Institutions, organisations, and apartment owners are requested to hoist the flag in their respective buildings. Several institutions and organisations have come forward to distribute the tri-colour to the public, the mayor added.

He also said that a rangoli competition has been organised on August 11 at Kudmul Ranga Rao Bhavan (Town Hall). There will be a celebration walk on August 12 from MCC to Brahmashri Narayana Guru Circle- Mannagudde Canara School and will culminate at MCC head office by MCC officials, staff, and school children. There will be a remembrance programme of freedom fighters at MCC on August 10 by the MCC officials and staff.

Booths will be opened with the concept of 'selfie with patriotism' on August 8 in the MCC building and at the Suratkal City Corporation building.

MCC Commissioner Akshy Shridhar said the government has allowed the public to hoist the flag at their residences by bringing amendments to the flag code.

Deputy mayor Sumangala Rao and others were also present.