Mangaluru, Aug 10: ADGP law and order Alok Kumar said on Wednesday August 10 that three more assailants are yet to be arrested in the Praveen Nettaru murder case.

Speaking to mediapersons, he said, “Regarding Praveen murder case, we have arrested 7 persons so far while three more assailants are yet to be arrested. We have details about the three and will trace them soon. We will conduct a review meeting in Bellare. Action plan will be discussed in the meeting which will be held with 7 to 8 district police officials. Implementation of prohibitory orders will be reviewed. We are probing the case as a team along with the NIA. 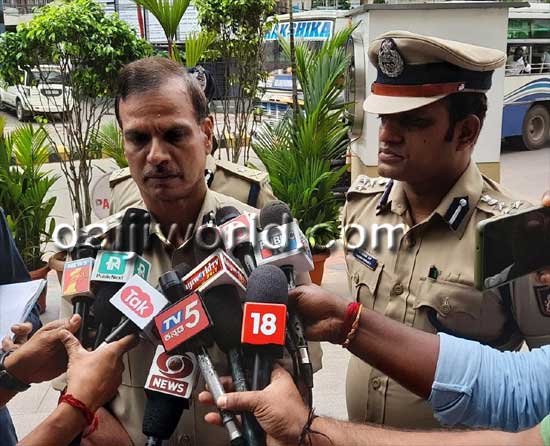 “We will take action against those who harboured the accused. Anyone who directly or indirectly supported the accused in Praveen and Fazil murder cases will be held,” he said.

When asked about SDPI and PFI denying their involvement in Praveens’s murder, he said, “This is a planned attack. I cannot make a statement without evidence. We have found some links with the PFI. We will collect evidences and establish to know whether assailants are linked to PFI or SDPI.”

Regard the killers’ link with Kerala, he said, “The seven arrested hail from Sullia. Three more accused are yet to be arrested. Then we will probe their link with Kerala.”

He further added, "We are planning to issue warrant and seize properties of the accused who are absconding in Praveen murder case."