Both the times they reportedly decided to join the ruling BJP, they couldn't manage a two-thirds majority. 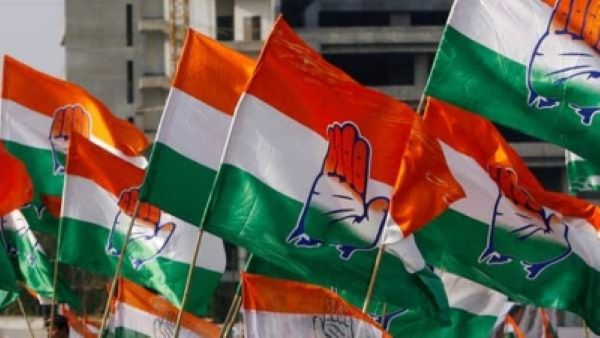 On July 10, 2019, during the last term of the BJP government, 10 MLAs of the Congress along with Leader of Opposition Chandrakant Kavalekar had switched to the BJP. However Kavalekar and six other politicians lost the assembly election held in February 2022. The Leader of Opposition joining the ruling party had invited criticism from a section of the society.

As the example of switching parties was set by seniors, some old faces of the Congress along with the new faces elected in 2022, attempted to defect on July 10, 2022. However, the early intervention of the central leadership of the Congress foiled their plans. Since then Congress office bearers are keeping close vigil on political happenings.

Another move by these MLAs in ‘defection' mode was also foiled during Ganesh Chaturthi, as they couldn't manage an ‘eighth' MLA. The Congress has 11 MLAs in the 40-member legislative assembly and require 8 MLAs (two-thirds) to switch sides.

Speaking to IANS, a Congress central leader said that due to the numbers deficit their second attempt also failed. "Now if they wish to join BJP, then they will have to resign and go, a risk which they will not take," the leader said on condition of anonymity.

Interestingly, it is not only the Congress leadership that wants these MLAs to stay in the party, but even some BJP ministers want the same as they fear that they may be dropped from the cabinet to accommodate the new comers.

Recently, there were reports that Congress MLAs Digambar Kamat and Michael Lobo, against whom the party has moved a disqualification notice alleging they tried to split the party, were in Delhi to meet BJP leaders. However, both have denied it, saying they are very much in the Congress.

On July 9, 2022, amid speculation that some Congress MLAs were camping in Delhi and had talks with BJP leaders to join their fold, Congress Goa desk in charge Dinesh Gundu Rao had said that they were just rumours. But soon Rao had arrived in Goa to persuade the MLAs who had made up their minds to join the BJP.

On July 10, Rao claimed that the BJP was trying for a two-thirds split in the Congress.

Rao had attacked the BJP for allegedly offering money to the MLAs to defect. "In spite of offering huge money, six of our MLAs have stood firm. I am proud of them. The BJP was trying for a two-third split in the Congress, so a minimum of 8 MLAs have to leave the party," he had said.

The Congress on the same day had removed Michael Lobo as Leader of Opposition alleging he hatched the conspiracy, along with former Chief Minister Digambar Kamat, by hobnobbing with the BJP to split the Congress.

On July 11, the BJP unit in Goa had rejected allegations that they were trying to split the Congress MLAs and had said that their leaders were at their homes, when the political development was going on.

"We have no role in this development, only Congress can tell you. I have no information if anyone is joining, if someone comes then we will see. Congress levelled many allegations. Maybe they were trying to keep their MLAs united as the assembly session started from today," BJP State President Sadanand Tanavade had told reporters.

However, BJP's Goa desk in-charge C.T Ravi had stated on May 28 that five MLAs from the opposition were interested in joining the ruling side.

The Congress on July 11, also filed a disqualification petition with the Assembly Speaker against former Chief Minister Digambar Kamat and Michael Lobo for anti-party activities. This indicates that ‘all is not well' in the Congress camp and they have no trust in MLAs whom they see as ‘defectors'.

A political analyst says that those who had made up their minds to join the BJP, will in future make a move again as it is a question of power and the BJP needs more strength to win both the Lok Sabha seats in 2024.

Congress leader Mukul Wasnik along with Dinesh Gundu Rao is likely to come to Goa on September 11 or 12 to choose the Leader of Opposition and take stock of the political situation. They will also dissuade their MLAs from boarding on ‘double engine' train in the future.