Doha, Sep 13 (IANS): Parental uproar greeted the death of an Indian kindergarten student in a school bus in Qatar, a day after the tragedy on Sunday, which was the child's birthday.

The girl from Kerala succumbed purportedly to extreme heat after school bus staff failed to notice the child who had probably slept off, and locked the vehicle after parking it out in the open, media reports said.

Four-year-old Minsa Mariam Jacob was the student of Springfield Kindergarten in Al Wakra, a town in the outskirts of capital Doha. 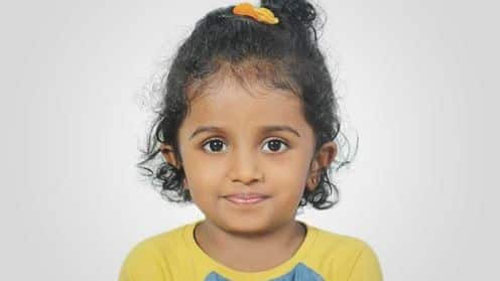 Local media reports said the driver and the vehicle attendant found the girl when they returned to the bus nearly four hours later. She was rushed to hospital but could not be revived.

Minsa was the younger daughter of Abilash Chacko and Soumya, who have two children.

Showing utter disdain for what is being seen as carelessness by the school, several parents expressed outrage over the tragedy.

"The bus staff responsible for the gruesome incident should be hanged and the management held accountable," said an angry father on an online forum.

Another parent, Abdelaal Abdallah Abdelaal Khalil, an Egyptian national, whose four children study in an Indian school in Doha, said that such an incident hasn't happened for the first time in the country and so it is all the more sad.

"After the attendant has checked the bus, even the driver should repeat the drill. In this way such unfortunate incidents can be avoided," said the lawyer from Alexandria, who has lived in Qatar for close to 15 years.

Another young Indian student of a CBSE school met a painful death in 2010 under similar circumstances at DPS-Modern Indian School in Doha. She was left locked in the school bus after dozing off on way to school.

A senior Indian teacher at a CBSE school in Doha called it utter carelessness on the part of the dead child's school. "Our school has a system of calling the parents to find the reason for absenteeism before classes begin. Or alternatively, schools can make it compulsory that parents send an email or WhatsApp message before classes start if their child is absent. This will alert parents or school authorities if something untoward happens," said the middle-aged educator on condition of anonymity.

Children must be educated on how to deal with such situations, if it comes to this, she added, showing an educative video in which a school child uses the bus horn to draw attention after being locked inside the vehicle. The video has been doing the rounds of social media here.

Qatar's Ministry of Education and Higher Education said it had started a probe into the incident with the "competent authorities". Expressing remorse over the death, a statement issued by the Ministry said it will slap the most severe penalty based on the results of the investigation.

The Minister of Education and Higher Education, Buthainabint Ali Al Nuaimi paid a condolence visit to the grieving family on Monday.

According to friends of the Chacko family, they are hoping to take the child's body to India after all formalities are completed.