Some acts of charity can be stunning and mesmerizing. We all have done acts of charity; some do it regularly, others intermittently. Some throw a few coins at the unfortunate and deem it as charity, yet others lavishly indulge in acts of charity of various kinds ranging from mass feeding to financing medical treatment. Many do not know the meaning of charity; they just avert their eyes or simply pretend not to see the travails of the suffering. Sometimes, moments of euphoric human kindness inspires millionaires to bequeath all their fortune to charity; even pets have been recipients of great largess in different parts of the world. Some perform charity as a religious compulsion, others hoping for fortunate after lives. Some advertise their charity for public recognition and fame. Religious books compel and motivate to do charity. Making a difference in other’s lives doesn’t have to cost anything at all, but its impact can be priceless.

Dale Carnegie’s classic ‘How to Stop Worrying and Start Living’ contains innumerable inspiring tales about kindness and charity. In this age when large sections of the population unnecessarily depend on anti depressants and sleeping pills, reading this book can bring about dramatic transformations. This amazing book needs to be made compulsory study for all students in order to make the future society humane and considerate. I recommend it for every human being.

An inspiring passage in this book states “A good deed,” said Prophet Mohammed, “is one that brings a smile of joy to the face of another. Why will doing a good deed every day produce such astounding efforts on the doer? Because trying to please others will cause us to stop thinking of ourselves: the very thing that produces worry and fear and melancholia.” This passage had a profound impact on me and I also started cultivating the habit of doing at least one good deed everyday in my life. Initially, as advised in the book, I maintained a dairy dutifully recording every night the deed that I did which I considered as good. I used to refer to the book as my Karmic Record Book. The bulging record kept on inspiring to do more and more good deeds every day. I was glad to light up so many smiles every day. I wholeheartedly followed the dictum that ‘Most smiles are started by another smile’ – Frank A Clark. The Ubuntu philosophy that we are defined by our compassion and kindness towards others was another great inspiration. 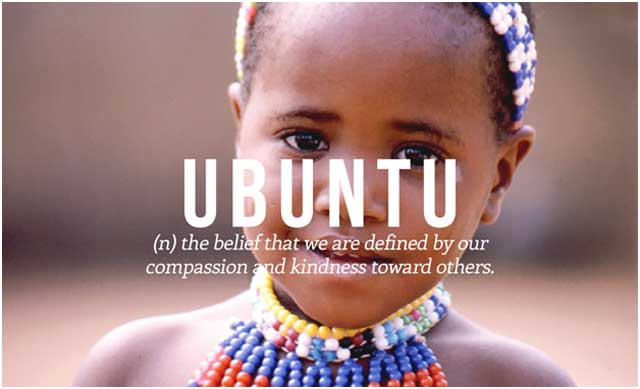 Ubuntu is a traditional African concept meaning, ‘Humanity towards others’. It embodies all those virtues that maintain harmony and the spirit of sharing among the members of a society.

As the spirit of kindness grew and developed in me, I fancied myself to be like Lord Karna in the Mahabharat, who was considered to be the epitome of a charitable person. Sometimes pride goes before a fall.

When I was Commissioner in Goa, official duty often took me frequently to Pune. On my first visit to Pune I was booked in a hotel near the office. The room was on the 5th floor and the window gave me a fascinating view of the city. Down below was a busy road that led to a four ways intersection. Swarms of human beings were crisscrossing everywhere, on cycles, two-wheelers, and four-wheelers and on foot. Hawkers were plying their trade of flowers, fruits, and newspapers. It was a kaleidoscopic view of life from up above.

Night came and I sank into the cool bed and drifted into comfortable sleep. I woke up at 5 am for my routine meditation, but before starting, I strolled up to the window and parted the curtains. I peeped down to see the deserted street below. It was chill outside. Dogs had taken control of the street, dividing their jurisdictions and standing guard, barking and warning the solitary morning walker. On one side of the four ways intersection was a small temple and in front of it was a crowd of very old, shriveled, and weak people, shivering in the morning chill weather. As I stared at them from up above, helplessly pitying their plight, a man on a scooter came and stopped before them. He had a big stainless steel flask on his scooter, and he took out paper cups and started pouring the hot tea into them and distributed it to the helpless old people. Eager hands stretched out to receive the warm fluid that provided some relief from the cold. I stood numbed and shocked, wondering who this angel was. In this dark, cold weather he had come from far, all alone, carrying his precious cargo, that would give some comforting solace to dozens of abandoned old people.

My charity was nothing before his. My arrogance had made me to fantasize that I was another Karna, but here was a worthier claimant. He came anonymously, from the dark, into the desolate streets, did a good deed in silence, and left in quiet anonymity. No onlookers to applaud, no paper reports, no foreign magazine reporters to click photographs, only one simple soul offering solace to a group of distressed souls. It was a learning curve for me, the realization of the need to improve, to be more kind and considerate. Some celestial patterns were being drawn in that dawn, giving a deeper understanding of the universe’s record keeping, a new spiritual paradigm was being taught. There were no rules or laws, no philosophical doctrines and spiritual lessons to guide, only the sheer enormity of a simple act of kindness. But that simple act had a sacred status; the mere glimpse of that act had opened a higher perspective. I found that every day he followed the same routine, his kindness infatuated me, and whenever official duty beckoned me to Pune, I looked forward to spending the hours of dawn, admiring that spectacle of kindness which was tracing new spiritual paths in my own heart and mind. “The simplest acts of kindness are by far more powerful than a thousand heads bowing in prayer,” said Mahatma Gandhi.