A shawl on shoulder, pale coloured kurta and contrasting trousers, gentle talk, smiling face, endearing closeness at the first meet, charming fatherly figure- the presence of Basti Vaman Shenoy was unmistakable. In Konkani world he stood as colossus you could never ignore. The towering Konkani personality left us as we just ushered in the New Year on January 2, 2022. His death at 87, at once put Konkani speaking people into a feeling of being orphaned. Last three and half decades of his life were spent on the integrating Konkani communities who not only spoke different dialects of Konkani but also were spread across different faiths and castes. The Konkani language played wonders in Basti Vaman Shenoy’s hand and he used it to better the life of those who spoke it. In his mandate, any person who spoke Konkani had a place in larger plan of things- in literature, social progress, financial assistance and so and so forth. The unity witnessed by Konkani speaking people was at its peak, credit of which should go undoubtedly to Basti Vaman Shenoy. Speak they did Konkani language, since their exodus from Goa into different lands for varied reasons. But integration was a dream. The five centuries of Konkani community existence on the soils of South Kanara were in fragments, not finding a common ground to integrate be it in literature, social development or integration. No definite plans for the Konkani speaking population was ever envisaged till Basti Vaman Shenoy’s mind worked on it. 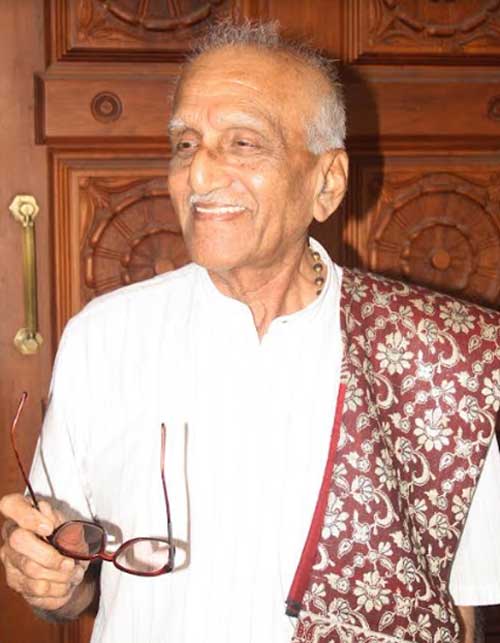 World Konkani Centre and the Vishwa Konkani Kendra stand as a tangible testimony to his tenacity and visionary outlook. The intangible was even larger and impactful and benefits of which will be felt in the years to come, deeply embedded into Konkani psyche. The states of Karnataka, Goa, Maharashtra and Kerala were his Karma Bhoomi, where the Konkani speaking population was spread across. While the region of Konkani spread was vast, so were its communities spread across different faiths and castes lending it with multi coloured hue. Under Basti Vaman Shenoy’s stretched arms all differences were set aside and he became a metaphorical umbrella in whose shade and care Konkani people saw each other.

‘A Begging Emperor’ he called himself in the title of his autobiography. Creating something out of nothing, with just a thought in mind. He went about asking donations for his project and Konkani people couldn’t turn him away. ‘We Konkani’s don’t have any problem for money, our people are blessed with qualities of head and heart’ he would say with gratitude to those who supported him. World Konkani Centre that has become an architecturally impressive standing edifice for Konkani, was a result of his untiring work. Well equipped with the infrastructure, the World Konkani Centre reverberates with Konkani song. A resource center for researchers, a hall of fame, a seminar room, guest houses, well stocked library come in handy for those who want to understand and flaunt Konkani identity. He took credit for none, saying that he is just the reason for things and not the source of doing things. ‘Konkani people should come together and hold each other and support.’ he would often repeat. Once the physical infrastructure was done with, he steered his wheels to empower people with education and more particularly professional education. Vishwa Konkani Scholarship fund was launched to help economically backward students to pursue professional education especially in the fields of Medicine and Engineering. Scholarship fund is a result of philanthropy of Konkani speaking people. It’s a pool of corpus every year and whatever collected will be dispersed in the same year. The beneficiary students numbering around 29,089 so far, were and the amount so far disbursed stands at Rs 27.83 crore. The platform created by World Konkani Centre came in handy to help needy and meritorious students to pursue higher studies. The scholars already graduated in medicine and engineering streams have obtained coveted positions in industry and corporates. They in turn give back to the fund creating a ripple effect of a small thought. The language platform was successfully to benefit the economic and personal development of Konkani speaking students. The scholarship programme is therefore the pinnacle of the Basti Vaman Shenoy’s vision and fortitude, ably supported by successful Konkani people.

Basti Vaman Mam is a virtuous visionary with a rare compassionate common sense, who sown seeds for trees for next generations, to get shades, flowers, fruits and birds. He believed that Konkani language is a collective space with lots of windows for new thoughts and lights to come in. He continues to be an inspiring restless and Jeevanmukhi elder of our affectionate undivided Konkani kutumba. Silent salutes to him. - Jayant Kaikini (Well known Kannada Writer, poet and lyricist).

Today, World Konkani Centre stands as the converging point for cultural, literary, academic, and social development activities. It is in fact the temple of Konkani ethos and language. People from Goa, Kerala and Karnataka gather in its premises to talk and discuss Konkani. Basti Vaman Shenoy was endowed with visionary zeal to realize this mammoth dream. Unity and integration were his byelaws and he strived to attain it. From a humble background from the streets of Bantwal, he attained it and became an icon for Konkani language steering it into path of progress and unity. As a banker he strived to be the organizer of different activities and post retirement, he used those years to serve his mother tongue and community rising above self-interest. The Konkani community in the years to come will stand to benefit from the noble thoughts of Basti Vaman Shenoy. His noble thoughts of integration of different communities and dialects, which he strived to realize throughout his life, may be carried on. The message of unity more relevant in current times may be fostered. The Konkani identity built around the language rise over the mundane differences and may every Konkani speaking person turn into fully blossomed human being. And this would be the worthy tribute to the great Basti Vaman Shenoy. 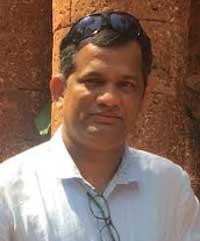 By William Pais
William Pais is an author, cultural commentator and director at Gallerie Orchid, Mangaluru.
To submit your article / poem / short story to Daijiworld, please email it to news@daijiworld.com mentioning 'Article/poem submission for daijiworld' in the subject line. Please note the following: