What to Do If Someone Suddenly Loses Ability to Talk?

Case 1: On a rainy evening, a senior citizen returned home after buying groceries from a nearby shop. As he was walking on the footpath, he suddenly tripped and fell to his side. People around him rushed to help and tried to assist him in standing up again. However, he kept falling as though he could not maintain balance. He was not unconscious but looked very confused and shocked. People who helped attempted to speak with him and confirm that he was all right, but he could not utter a sound, nor could he nod and respond. People fetched a bottle of water for him to drink, but neither could he hold the bottle nor drink it, and the water kept slipping out from the side of his mouth.

Case 2: An energetic young man came out of his office and headed straight to the gym late in the evening. After freshening up began his regular, intense workouts. He was a dedicated bodybuilder and completed all the exercise routines within the stipulated time. After working out, he returned home, took a shower, and ate supper. He was stressed out from the busy day and thus made an alcoholic drink for himself and lighted a cigarette. He was not an alcoholic but did not mind occasional drinks or smokes to relax. He watched TV till he finished the drink and then went straight to bed as the following day was going to be even more stressful. At midnight as he was deep asleep, he suddenly felt an intense headache that felt like someone had hit his head with a sledgehammer. He rolled back and forth on his bed with that dreadful headache and vomited. He felt as though he was losing his eyesight too. He tried to scream and call for help but could not utter anything but a few grunts. When his family broke open his room door as he was not awake till late morning, they found him unconscious, lying on the bed. 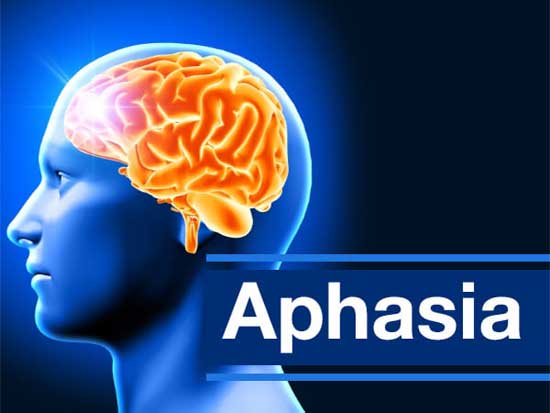 Case 3: A housewife was doing her daily chores when she felt sudden weakness and sat on the floor. She started to develop numbness in her right arm and leg. Her face seemed heavy on the right side, and she started to panic but did not lose consciousness. One of her family members came looking for her and found her sitting on the floor awkwardly. When he tried to speak with her to check if anything was wrong, her speech seemed garbled, gibberish, and slurred. She was talking incorrectly and seemed unable to understand what was said.

Is there a common trait among the three conditions above?

Some of the common risk factors that can lead to strokes include:

Often, the symptoms of stroke can include various combinations of the following:

• Numbness or weakness in the arm, face, and leg, especially on one side of the body.
• Trouble speaking or understanding what others say – A condition known as “APHASIA.”
• Slurred or gibberish speech - A condition known as “DYSARTHRIA.”
• Confusion, disorientation, or lack of responsiveness
• Sudden behavioral changes, significantly increased agitation
• Vision problems, such as trouble seeing in one or both eyes with vision blackened or blurred, or double vision
• Difficulty in eating and swallowing—a condition known as “DYSPHAGIA.”
• Sudden difficulty in reading and writing
• Loss of balance or coordination
• Difficulty in Walking
• Dizziness
• Severe, sudden headache with an unknown cause.
• Seizures, nausea, or vomiting.
• Loss of bowel and bladder control

What should we do?

Suppose one experience or see someone experiencing the symptoms of a stroke and immediately seek medical help. Delay in receiving medical attention can worsen the symptoms and lead to permanent brain damage, long-term disability, and even death. Most multispecialty hospitals have appropriate facilities to handle strokes.

Every year, June is designated ‘APHASIA AWARENESS MONTH’. This month is dedicated to generating awareness, educating the public regarding this condition, providing necessary support to stroke survivors, and training their caregivers to communicate effectively with the person with aphasia (PWA).

‘APHASIA’ – the loss of the ability to understand, talk, communicate, read and write- is one of the most devastating effects of stroke. However, timely medical and surgical intervention manages most of the symptoms. Aphasia can also occur due to tumors and infections in the brain, neurodegenerative diseases (such as dementia), and traumatic brain injuries.

It is dreadful to imagine waking up from a stroke and realizing that even though one survived it, they have lost a significant part of oneself —” their ability to speak.” They are suddenly isolated and must depend upon others for basic needs like eating, cleaning, toileting, or even standing up or sitting down. They can no longer do any of these whenever they want, nor can they ask someone for help. There are very high chances of losing jobs, livelihood, friends, family, and most importantly, ‘COMMUNICATIVE FREEDOM’. Aphasia is one such frightful effect of a stroke episode.

Is a person’s intelligence affected by aphasia?

How common is aphasia?

According to a recent survey, aphasia is a disability that affects 21 - 38 percent of stroke survivors. The community incidence rate is 43 per 100,000 per year, with a prevalence rate of 3000 per million. However, most of us would not have heard of the term ‘APHASIA’ and its devastating impact on stroke survivors.

What are the characteristics of aphasia?

Aphasia can be of two types’ Fluent Aphasia’ and “Non-fluent aphasia.” If a person can utter but responds irrelevantly to the question asked, then the person could be categorized under fluent aphasia. On the contrary, if the person understands what is said but fails or struggles to provide a verbal response, it would be considered non-fluent aphasia. A person with non-fluent aphasia struggles to name people or objects or fails to request anything. They would know what the object is or who the person is, but they seem lost for words, and their struggle to utter even simple words or sounds is very evident. These variations depend upon which part of the brain’s left hemisphere is affected. Our brains have distinct centers for each function, i.e., there are separate centers for understanding what we hear, processing what to say, centers that control and coordinate our limbs, Etc. Hence, based on the site and extent of brain damage following stroke, we can observe a further loss of functions.

How can we assist a person who has had a stroke and aphasia?

Learn about the causes of stroke and how it affects a person’s physical abilities and communication skills by doing some research. The communication skill will support the patients’ efforts to become self-sufficient. Patients’ confidence is boosted by respecting them, refraining from criticizing them, and fostering independence.

Are there any treatments for aphasia?

Always consult a qualified speech therapist certified by the Rehabilitation Council of India and strictly follows the therapeutic regime set for the patient. Several therapeutic programs are available to improve speech production and sentence generation and reduce word-finding difficulties and grammatical errors. A speech therapist can thoroughly evaluate a person with aphasia using various standardized tests and identify speech and language processing deficits. Later, the speech therapist will design a therapy plan to best suit the person and start the therapy. Remember that one therapy technique might not suit all clients, and it needs years of dedicated learning, research, and practice to design the therapy plan and provide effective therapy.

How long does it take to get back on foot after aphasia?

Recovery is gradual; many individuals improve within months or even years after a stroke. However, be consistent and committed during the therapy program and not expect any magical cure. With patience and perseverance, many people have successfully overcome the barriers caused by strokes and rehabilitated themselves.

What Precautions should one take while talking to persons with aphasia?

• Before beginning speaking, get their attention.
• Keep the gaze fixed on them while talking.
• Keep an eye on their body language and gestures.
• Please speak with them in a quiet environment.
• Please turn off the television or the radio while talking to them.
• Maintain a normal tone of voice.
• Unless they specifically request it, one need not have to speak louder.
• Keep the language simple but mature. Please do not speak to them as one would a child.
• Please do not talk them down or undermine them.
• Make sentences shorter. Focus on communicating the message rather than lecturing.
• Repeat the essential words you want them to remember.
• Reduce the speed of speech.
• Give them time to speak. They might take longer to respond. It is all right.
• Most importantly, please refrain from completing the words for them.
• Use drawings, gestures, writing, and facial expressions whenever necessary. Sometimes persons with aphasia tend to comprehend those better than words.
• When they have problems speaking, ask them to draw or use gestures.
• Pose “yes” and “no” questions to them as much as possible rather than open-ended questions.
• They may not always be able to convey everything perfectly. Delivering the message is more critical than grammatically sound sentences.
• Let them try to take care of themselves. They may have to try a few times before succeeding.
• When they ask for assistance, please do so.

Can aphasia be prevented?

Unavoidable events primarily bring on aphasia. However, steps are taken to reduce one major cause of aphasia: stroke or traumatic brain injury (TBI). The following precautions to be taken to reduce the risk of an ischemic or hemorrhagic stroke:

• Regular exercise is essential.
• We are maintaining a healthy diet with a focus on lowering cholesterol.
• Limiting alcohol consumption and abstaining from tobacco use
• Blood pressure management
• If there is a unilateral extremity swelling, warmth, redness, or soreness, go to the emergency room immediately. These are symptoms of deep vein thrombosis, which can lead to a stroke.

To avoid aphasia caused by traumatic damage to the brain, take precautions when participating in harmful activities such as:

• Always wear a helmet when riding a bicycle, motorcycle, or any other moving vehicle that could be involved in an accident.
• Use a seat belt when driving or riding in a car.
• Head protection gear should be used during sports to avoid head injuries.
• If possible, avoid using anticoagulants (including aspirin) because they increase the risk of hemorrhage following a head injury.

Title: What to Do If Someone Suddenly Loses Ability to Talk?