The three killings in the span of 10 days - between July 19 to July 28 has rocked Karnataka nay Dakshina Kannada district. Though investigations are not yet conclusive, these are said to be communal murders. Masood B. (19) from Kalenja in Bellare (near Sullia) succumbed to the injuries on July 21. On July 26, bike-borne miscreants attacked BJP activist 31-year-old Praveen Kumar Nettare in Bellare town in front of his shop and hacked him to death. Mohammed Fazil (23), a resident of Mangalapete in Katipalla, was hacked to death on July, 28. Though no religion tells to kill others a good number of murders take place because of religion. This article examines the history of religious conflicts and also highlights the dysfunctions of religion.

Religion is of critical importance in any society. Basically, it is concerned with rituals, beliefs and practices. It is not only the means of social control but an effective guide to behaviour. While such acts as kindness, sacrifice, non-violence, truthfulness, non-stealing, acquiring knowledge etc. are considered socially approved and religious behaviour, the opposite types of behaviour are considered anti-religious. Religion also declares the types of punishment imposed by society as well as by the unseen divine powers for violation of religious code. Hence, there is enough ground to understand that the aspirations, motives, efforts and behaviour of people in any society are guided by their religious notions.

The functional analysis is basically concerned with the contribution of religion to meet the basic needs of society. Before going into the dysfunctions of religion, it is essential to understand the positive functions. Religion helps us to internalise many of the social values through the process of socialisation. Secondly, religious preaching consists of soothing dogmas which provide answers to the worries and miseries in life. Kingsley Davis is of the opinion that religion justifies, and supports the sentiments that give cohesion to society. Further, religion protects social values and brings about social control. The function of religion is the well-being of all. Religion also brings about cultural development. A significant function of religion is to reduce tensions and maintain social harmony. While religion maintains stability in society through norms and values, it also brings about social change.

As mentioned above, religion plays many functions. But at the same time, religion has many dysfunctions or performs many negative roles which destabilises and disintegrates society. Religion hinders social and economic progress. Religion makes people dogmatic and superstitious as a result of which people oppose all kinds of scientific discoveries and technological advancement. It divides society into different sections. Religion makes people fatalistic. Instead of human effort and worship they start believing on God’s desire and believe that everything is predestined. This kind of thinking make them idle and thereby the progress of society is hampered.

Religion encourages exploitation. Karl Marx opines that religion is the root cause of exploitation. In the name of religion and God one section of society exploits others and inculcate the idea among the exploited that they are defined to suffer because of their previous karma. God made them so and no one can alter their condition. Further, religion creates poverty, slavery and untouchability in society. People do not try to improve their condition because God wanted them to be in that position. Religion makes a section of people untouchable which disintegrates society. Religion reinforces the institutions of caste and untouchability.

Religion promotes communalism by creating intolerance, mistrust, hatred and jealousy among people. Because of this different religious groups got involved in different kinds of conflict which leads to communalism and communal riots. According to Thomas F. O ‘Dea religious identification may prove to be divisive to societies. Religion builds deeply into the personality structures of people a strong animosity that makes them to oppose their opponents tooth and nail. Faith without reasoning is blind. Religion has often made people to become blind, dumb and deaf to the reality. On the contrary, it has often made people to become bigots and fanatics. Bigotry and fanaticism have led to persecution, inhuman treatment and misery in the past. Religion also creates political instability in society by entangling itself with politics. Different political parties are exploiting the religious card to create vote banks.

Religious conflicts have taken place not only between different religions but also among the two sects of the same religion. Conflicts have taken place among the Muslims and Christians in the form of Crusades. The conflict between Israelis (Jews) and Palestinians (Muslims) is still going on. Similarly, conflicts between Muslims and Hindus are still prevalent in India. Differences between Shias and Sunnis gave rise to Iran-Iraq conflict. The tensions between Catholics and Protestants have given rise to many conflicts in Europe.

The Crusades are the eight major military expeditions originated in Western Europe between 1096 and 1270 (during the Middle Ages) with the purpose of recapturing Palestine from the Muslims because it was the area where Jesus had lived. In fact, Jerusalem is considered Holy Land to Muslims, Christians, and Jews. This was an era when Western Europe was expanding its economy and Christianity. Kings, nobles, knights, and peasants joined the Crusades and fought, not only for Christianity, but also for territory and wealth. Battles were won and lost, Jerusalem changed hands multiple times, and there wasno significant impact, except for expanded trade. Subsequent attempts at organizingcrusades failed as Europe turned its attention westward to the Atlantic Ocean toward the New World. During this time, the Holy Land was left to the Muslims.

The violence between the Israelis and the Palestinians today is an example of religious and political conflict. Several wars have been fought between Israel and its Arab neighbours. Israeli military superiority resulted in the capture of land from its Arab neighbours. Because the Palestine Liberation Organisation (PLO) saw that Arab allies were unable to drive Israeli armed forces from occupied lands, the PLO began a campaign of terrorism, as did other groups. The goals are to destroy Israel and form an Arab state in Palestine. Today, a political solution is slowly developing as Israeli forces continue to withdraw from occupied lands, although the withdrawals are marred by violence from both sides.

India has a long history of communal strife between various communities. The roots of violence against Muslims lie in India's history, stemming from lingering resentment toward the Islamic domination of India during the Middle Ages. In 1679, the Mughal ruler Aurangzeb reinstituted the hated jizyah (tax on non-Muslims) in his empire. It was directed to the spreading of the law of Islam and the overthrow of the practice of the infidels i.e. the non-Muslims. In fact, there were anti-Muslim riots in 1707 after the death of Mughal Emperor Aurangzeb. Later, the cause of conflict is also attributed to the policies established by the colonial government during the period of British rule which resulted in the violent partition of India into a Muslim Pakistan, and a secular Hindu-majority India with a large Muslim minority. It is commonly held that the British policy of ‘divide and rule’ created India and Pakistan in 1947 which resulted in mass-scale communal riots.

Collective communal violence is one of the defining features of post-Independence Indian politics. Although Hindu-Muslim violence predominates, violence against Buddhists, Christians, Sikhs and Hindus is not unknown. Recently, the intensity and nature of this violence has become more organised and gendered. Post-partition the scale of communal violence had come down considerably in the first decade. But during the 1960s, the politics of vote bank and of appeasement changed this relative calm into a more violent phase. Though there were many riots in 1960s 1969 Ahmedabad riots was a major one where at least 1000 died. The assassination of Prime Minister, Indira Gandhi on October 31, 1984 sparked riots that lasted 15 days which saw over 2,700 dead and many thousands injured. In 1987 Meerut riots 350 were killed. 1989 Bhagalpur saw massacre and arson in which over 1,000 people died, nearly 50,000 were displaced and 11,500 houses torched. 1992 Mumbai riots saw 1,788 people killed and property worth crores of rupees destroyed. In 2002 Gujarat riots more than 2,000 died and 2,500 were wounded. Latest being 2020 Delhi riots where more than 50 died and 200 were injured.

Every communal riot involves irrational loots, arson, murders and injuries to persons which results in loss of property and lives. Major sufferers are women, children and poor, common folks and daily wage earners. This leads to the violation of human rights. Further, it creates permanent emotional gap between the two communities and political wolves hunt for mileage out of disturbance. The problem of majority and minority communities is everywhere. In most of the instances, it is the minority community which suffers. For example, when Muslims suffer in India, Hindus suffer in Kashmir because of majority Muslim population. No society built on religious discrimination can be termed as tolerant. Secondly, riots or killings produce ethnic polarisation that benefits ethno-religious parties. Finally, communal violence dampens constitutional values like secularism and fraternity.

The police need to be well equipped to curb communal violence. Local intelligence network can be strengthened to pre-empt such events. Peace Committees can be set up in which individuals belonging to different religious communities can work together to spread goodwill and fellow-feeling and remove feelings of fear and hatred in the riot-affected areas. There is a need to initiate the process of de-communalising the people at all levels through education. Values-based education can instil compassion and empathy which can minimise the possibilities of the impact that any kind of communal polarisation can have on people. There is a need to strengthen cybersecurity architecture. Social media platforms should be asked to regulate hateful content and generate awareness about rumours and any kind of content that can incite communal tension. Ultimately, the gospel saying, ‘Love thy neighbour as thyself’ can only save us from the communal hatred. 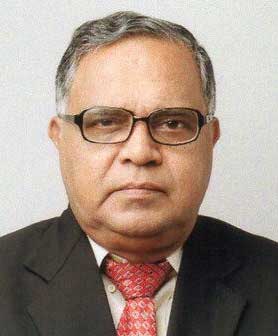 By Richard Pais
Dr Richard Pais is retired Head of the Department of Sociology, St Aloysius College (Autonomous), Mangaluru. He is the author of 25 books and more than 150 articles which are published in national and international journals. His latest books include Backward Classes and Social Justice, Perspectives on Social Development, Social Inclusion and Development, Sociology of Sanitation, Society and Culture in Karnataka, Action Sociology and Understanding Social Movements. He can be contacted at: richardpais123@gmail.com
To submit your article / poem / short story to Daijiworld, please email it to news@daijiworld.com mentioning 'Article/poem submission for daijiworld' in the subject line. Please note the following: