Money has come a long way in human history… Starting with barter, money took on physical distinct form through coins and notes printed by Royalty/Government of the country. Then came banks with promise of interest and ensuring safety of money from loss / theft. Cheque was the main form in which money was being withdrawn or transferred to another person. Come technology, we saw chequeless transactions such as debit / credit card payments / direct debits / direct credits / mandates / payment gateways / wallets, then electronic funds transfer such RTGS/IMPS etc. In the last couple of years, UPI based systems such as Gpay, BharatPe etc. have become widely popular. Demonetisation gave a big fillip to digital payments through UPI based systems. Consumers could pay without cheques/without remembering their account numbers and without knowing payee’s details such as account number / bank details. Sensitive details such as bank name, account number became “hidden and secure.” All one needed is the mobile, UPI PIN and the payee’s mobile number. Payments are instant with debit being informed to the payer and credit being informed to the payee. 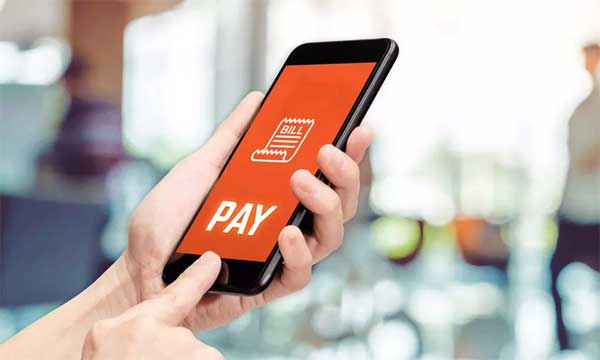 Now the latest arrival on the scene in the foreseeable future is digital currency. On Nov 1 this year RBI launched a pilot project to start the process of digital rupee / e-rupee (also known as CBDC for Central Bank Digital Currency). Only a handful of countries have issued digital currencies till now. US and China are still in trial / research phases of introduction of digital currency in their countries. The pilot project in our country will involve selected banks and selected transactions. Some public sector banks, some private sector banks and one international bank (HSBC) will participate in the pilot project for select transactions (currently interbank transactions involving sale / purchase of government securities in secondary market) …. RBI intends to launch pilot project for select customers (of retail segment) sooner than later.

Traditionally central banks have issued / printed (notes) or minted (coins) money and pushed it to economy (mainly through banks). Digital currencies will be created / issued only in digital form (without physical notes / coins) and will be in the “electronic / digital” custody of RBI itself. Once issued, these currencies can be purchased by the public through Apps. Once purchased the purchaser becomes the “owner” of the digital currency. So, the ownership is controlled and tracked digitally for each and every transaction in digital currency. In physical currency if currency goes into another person’s hand, there is no way to prove whether passing of money was for a transaction or by mistake / theft or loss. In a funds transfer or current digital payments, money is transferred from payer’s account to the payee’s account. However, in digital currency the “custody” is still with the RBI, only the passing of title (ownership) from person to person (or entity to entity) will be noted on the currency electronically/digitally through blockchain technology. So, this money will not go to intermediaries such as banks / wallets. Digital currency transactions will not require a bank account.

Blockchain technology in which digital currency details are stored is one of the latest technologies in computing and considered as highly secure and tamperproof for voluminous data handling. This technology is used to create (issue) digital currency and to record movement of its ownership due to transactions.

Obviously, the overheads of printing, transporting, and storing of notes /coins will not arise for digital currency nor the hassles old / soiled notes, cut notes, corroded coins, and moreover fake notes. The digital currency details will be solely maintained, updated, and controlled by the central bank in its electronic databases. DLT (Distributed Ledger Technology), in particular, Blockchain will be used for this purpose.

Once fully implemented, the only lure for customers to convert digital money to bank money (bank accounts) will be the interest offered by banks.

Only time will tell whether physical currency will fully give way to digital currency… if that happens, currency notes and coins can only be seen in museums! 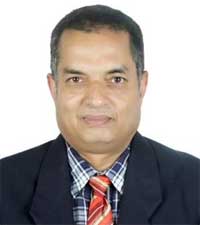 By B K Murthy
B K Murthy is a former banking technology professional with more than three decades of experience in IT department of banks/in banking software companies in India/abroad. His last stint was with an American MNC where he was a trainer for 10 years. His role as trainer in banking software gave him insight to banking practices of numerous Indian and international client banks.
To submit your article / poem / short story to Daijiworld, please email it to news@daijiworld.com mentioning 'Article/poem submission for daijiworld' in the subject line. Please note the following: