The Hero of African Freedom Revolutions

Congolese painfully remember 17 January, a day important for all Africans who fought against colonisation and imperialism too, and, a day of great sacrifice of a man who fought for freedom and independence as far as the whole world is concerned. That is the day in 1961 Patrice Emery Lumumba, the first prime minister of Democratic Republic of Congo was murdered.

African history is full of sordid incidents of unacceptable violence by the European imperialists. The black Africans suffered from the import of slaves from different countries to the African continent and were victims of slave trade from their own countries to other European countries, especially to the Americas. Suffice it to say that it is only in the second half of the twentieth century, that many of the African nations became free or even republics, and undoubtedly they were inspired by the Indian freedom struggle and the leadership of the Mahatma who led his country to freedom through non-violent methods of struggles against a very powerful imperial country. 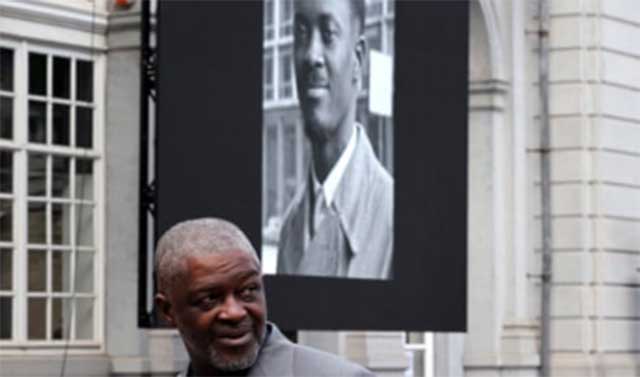 Lumumba’s killers dissolved his remains in acid. One among them kept his gold capped tooth as a horrible, or rather weird, memento. Belgian authorities handed over the tooth which was confiscated from the daughter of one of the Belgian officers who presided over the murder and dismembering of the body of Lumumba on 17 January 1961. The tooth is all that remains of Lumumba, indeed a fiery revolutionary who stood between communism and capitalism and advocated democratic socialism. The tooth was handed over to the children of Lumumba at the Egmont Palace in Brussels by King Philippe. The tooth was placed in a casket that was later taken to the Congolese embassy in Belgium and from there to Kinshasa, the capital city of Congo. During the ceremony, the Belgian prime minister said that the death was a painful and disagreeable truth. All the same, it must be spoken about, he said. The icon of African freedom, thus got his funeral done when the tooth was buried in a casket, a burial sixty-one years after his death, at the Patrice Lumumba Mausoleum in Kinshasa on 30 June 2022, on the freedom day of Democratic Republic of Congo.

Ghana was the first modern African country to become free from colonialists and constitute themselves as a republic though Liberia which has never been occupied by foreign imperialist invaders was independent even earlier. Kwame Nkrumah, the first president was an extremely capable leader who promoted freedom movements in many other African countries to liberate themselves from European colonialists. One of the persons who was influenced by him, he indeed had his own original thoughts about freeing his country, was Patrice Emery Lumumba who tragically died on 17 January 1961. He was the prime minister of Congo only for three months. He was brutally killed when he was prime minister by the Belgian colonialists and their supporters in Katanga, one of the four provinces of Congo which declared its own independence alongside Congo’s declaration of independence and general elections which gave national leadership to Lumumba.

The history of colonial rule in Africa is also the history of atrocities against the blacks by the whites who considered themselves superior. Europeans came to the African continent in the second half of the fifteenth century. The Portuguese were the first to arrive in 1471 and started Congo’s slave trade. The Dutch followed them in 1642 and they were followed by the British and the Danish. American ban on slave trade in 1808, the condemnation of slave trade by the clergymen who worked for the welfare of the poor Africans in the second half of 18th century and a similar stand against slave trade by Britain in 1807 resulted in the creation of the idea of freedom in the minds of the Africans.

Congo was a Belgian colony from 1885. Under Patrice Lumumba’s leadership, people fought for freedom and Belgium granted, rather reluctantly, independence in 1960. However, Belgium also saw to it that Katanga, one of the provinces of Congo, was given freedom to be a separate state much against the wishes of large number of Congolese. The support given to Katanga which declared itself as a separate state by Belgium was crucial. Katanga formed the richest part of Congo, especially with the Belgian estates and other excavation industries. So, Belgium had a special interest in making Katanga a separate state. Like all European colonialists, Belgium also divided the country that they ruled for a century and saw to it that they had troubles between the two new countries.

In the first general elections in the free Democratic Republic of Congo in 1960, Lumumba’s party was in majority. Naturally, Patrice Lumumba became prime minister. However, he was not to rule for long. In September of the same year, Colonel Joseph Mobutu led a coup and got Lumumba imprisoned. He knew that he could not execute Lumumba in Congo because of the popularity of the man. Hence, he handed over Lumumba to the Katangese government with the known support of Belgium, the former colonialist. With the connivance of Belgium, Katanga was more powerful to deal with a powerful leader like Patrice Lumumba.

Though he was elected a popular prime minister, Lumumba had plenty of troubles. A major issue was his closeness to the USSR. US and European countries distrusted him and named him a communist. Lumumba declared loud enough for the whole world to hear that he was not a communist. He was a democratic socialist and was opposed to capitalism and colonialism equally. Biographers of Lumumba point out that Lumumba leaned on USSR because the European countries and US did not support him. 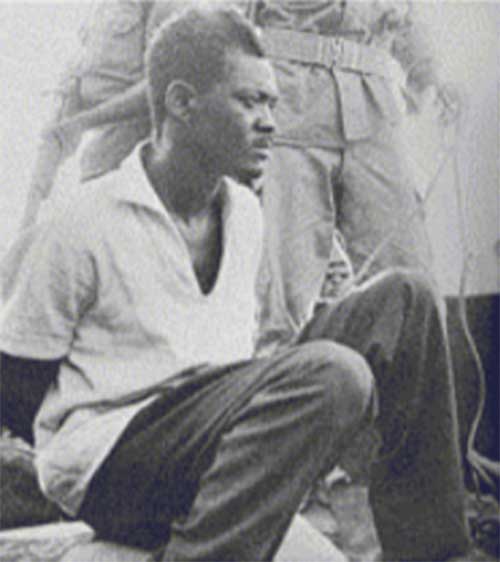 Leopoldville is the old name of the present capital of Congo, Kinshasa. The picture of Lumumba with hands tied behind his back, sitting in a truck upon arrival at the airport in Leopoldville on 02 December 1960 published by newspapers all over the world caught the attention of promoters of freedom and independence. The whole world wanted Lumumba to be freed. However, on 01 December, Lumumba was sent to a barracks camp, 150 kilometers away from the city. He was accompanied by two of his political associates. They were poorly fed by the prison guards. In the last documented letter written by Lumumba stated that they were living under impossible conditions. He also added that whatever his captors were doing were all illegal. In the morning of 13 January, there were troubles in the barracks where some of the soldiers wanted Lumumba to be freed. However, as the commotion increased, the controversial prisoner could not be held there for long. So, Lumumba and his two friends were taken to the state of Katanga. On 17 January, Lumumba arrived in Katanga, was arrested and assaulted brutally by Katangan officers. Later that night, a firing squad shot him dead as he was made to stand against a tree.

His body was thrown into a shallow grave. However, the following morning on orders of Katangese interior minister, to avoid a possible burial site from being created in future, his body was dug up and moved to a place near the border of northern Rhodesia. On 21 January, the Belgian police commissioner dug up the grave for a second time, cut the remaining body parts up with an axe and dissolved the pieces in concentrated sulphuric acid. The bones were ground and scattered. Both the local authorities as well as those of the Belgians did not want any memory of Lumumba to remain as they were afraid of even a dead Lumumba or even his memory.

Despite all these, something remained, the gold tooth of Patrice Emery Lumumba. That was taken by one of the Belgian officers. After his death, it was passed on to his daughter. 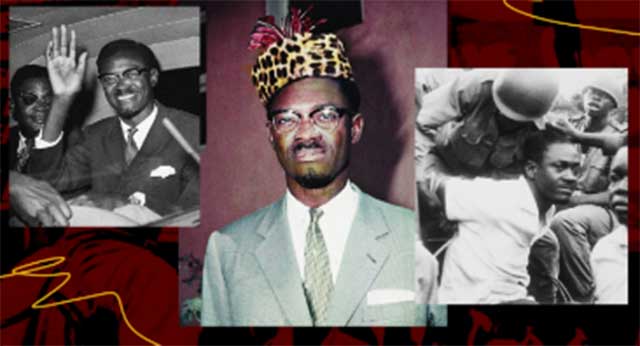 However, they couldn’t obliterate the memory of Lumumba though the authorities announced over the radio that Lumumba escaped from prison on 10 January. Subsequently, on 13 February, Katangese authorities announced that Lumumba was killed by angry villagers after he escaped from prison. This announcement resulted in street protests across the world and more so in Congo. A demonstration at UN Secretary Council turned violence and protestors moved over to the streets.

June 30 is the independence day of Congo. The last June 30 was not only a celebration of the anniversary of independence but also an honour to Patrice Emery Lumumba, father of Congolese independence. There was a memorial built in the name of Patrice Lumumba, the first prime minister of independent Congo. This was in the Limete commune in Kinshasa. The coffin which was buried there contained the gold tooth of Patrice Lumumba which was what remained after his body was dissolved in acid. His last remains, the golden tooth, was placed in a mausoleum built spending more than two million dollars. The two hundred meter high structure, though built in nineteen seventies, was renovated for the occasion, just above the mausoleum, there is a statue of the national hero, Patrice Emery Lumumba, for whom the country observed three days of national mourning. While inaugurating the memorial, the present president of the democratic republic of Congo called the first prime minister of the republic, a national hero, and said that Lumumba left sixty-one years earlier and he had come back to Congo on 30 June, the sacred day of their liberation from colonial rule. On 19 June, Congo airbus named Patrice Emery Lumumba arrived in Brussels to take Lumumba’s tooth back. Their mission was accomplished on 22 June when Belgium returned Lumumba’s gold tooth, all that remained of Lumumba’s body. On the tooth restitution ceremony on June 20 at Brussels, some of the children of Lumumba were also present. 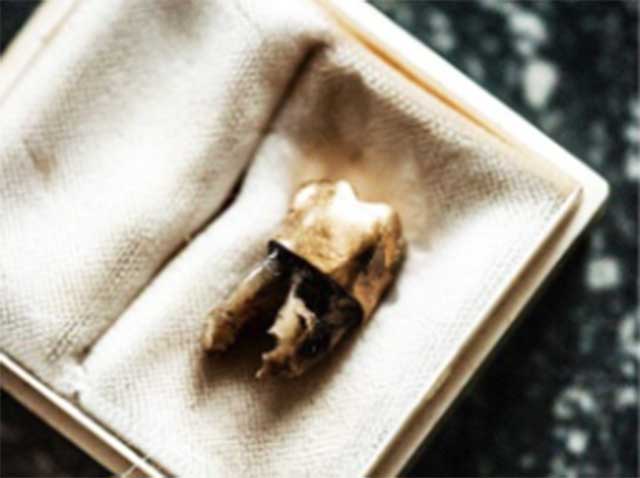 What remained of Patrice Lumumba

Patrice Emery Lumumba is probably the tallest among the African leaders though he ruled as prime minister for less than three months. The tragedy of Democratic Republic of Congo and the whole of Africa was that such a powerful leader was available only for a short while. It is a great tragedy not only for Democratic Republic of Congo but also for all African countries that he should have gone very miserably. The tragedy is more as several commissions appointed by Belgium and Congo dug out the truth about his murder and also his tooth. The Democratic Republic of Congo will always remember their national hero though they would be sad to remember the pitiable plight in which he went away from them with a little solace that he returned after sixty-one years and that they were able to give him a fitting funeral and a national mourning even though what remained of him was only his gold tooth in a casket.

By Prof Sunney Tharappan
To submit your article / poem / short story to Daijiworld, please email it to news@daijiworld.com mentioning 'Article/poem submission for daijiworld' in the subject line. Please note the following: