Udupi, Sep 21: An  Inter district two-wheeler thief was arrested by the Udupi police personnel on Wednesday, September 21.
The arrested has been identified as Govindappa alias Girish, a native of Gadag district.

Girish has served a seven years sentence in jail in a murder case in Ranebennuru police limits. Five motorcycles worth Rs 2 lacs have been seized from Girish. He has been remanded to judicial custody. 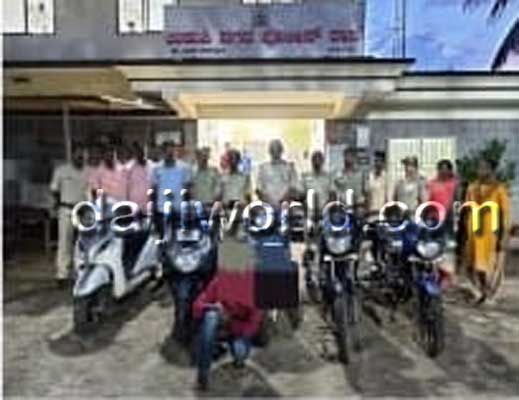 Based on a complaint filed by Ganesh, a delivery boy with an online shopping company that his scooter was stolen from an apartment when he was away to deliver a product to a customer. Based on CCTV evidence, the culprit was arrested from K R Pete of Mandya district.