Panaji, Sep 25 (IANS): Following the survey of the National Achievement Survey (NAS) wherein it was found that the students of Goa fared poorly in maths and science, Goa Chief Minister Pramod Sawant has said that special training will be given to maths teachers to upgrade them. 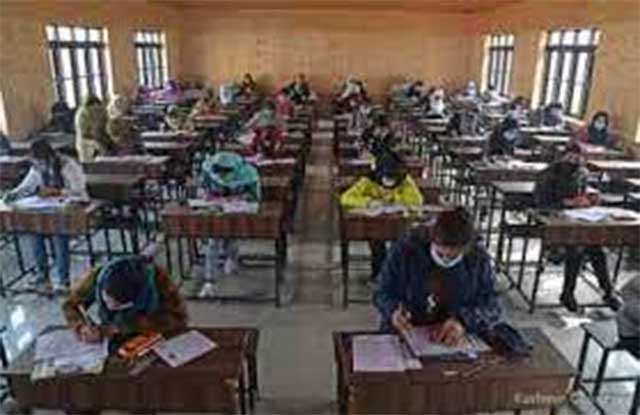 The Chief Minister on Saturday virtually interacted with teachers, students and parents at the 'Shiksha Pe Charcha' programme.

Referring to the survey done by the NAS which suggested that students of Goa have fared poorly as compared to the national average in maths, languages, social sciences and sciences, Sawant said that all efforts are being taken to impart training to teachers.

"In future special training for maths teachers will be given. We have brought experts together, so the maths teachers from all schools could be given training," he added.

"Besides this, the government has decided to train primary school teachers, english teachers and para-teachers with a view to upgrade them," he said.

He added that the government is focusing on National Education Policy, 2020.

"First five years, from age 3 to 8 years are very important for students, hence along with teachers, parents also should work towards the progress of students," the Chief Minister said.

"We have given priority to language and mathematics. If it is taught systematically to students at a young age then it will help them in future too," Sawant added.

Several months back, the Chief Minister had questioned the teaching fraternity as to why education standards in Goa were ranked below national average in several subjects, including mathematics and science, when they are paid well and all infrastructure is provided.

"We are less than the national average in mathematics and science. When this news got published, to whom people criticised? Blame is on the government and on me as Education Minister. Do I go to teach students? Do I go to school (to teach)? Do I take their studies? Who teaches them? You compare our state to others. Is there any dearth (in facilities)? Infrastructure is lacking? Salary is less? Have we hesitated giving you (whatever demanded)? Everything we have given. Then why less average? I have concern for our students," Sawant had said addressing the Goa Headmasters Association programme.