Brahmavar, Sep 29: Villagers of Chantaru are opposing the proposed establishment of a waste disposal unit and gheraoed the panchayat office on Thursday.

Gram panchayat is proposing to set up a waste disposal unit on 11 acres of land at Chantaru. The villagers had opposed the project earlier as well. On Thursday more than 1000 people gathered around the panchayat office.

The villagers said that the land on which the Chantaru gram panchayat is proposing to set up a waste disposal unit has government higher primary school nearby and the Madinaru rivulet at a distance of just 200 meters. There are many houses in the vicinity. In addition to pollution of environment, the unit will have detrimental effect on the health of villagers. 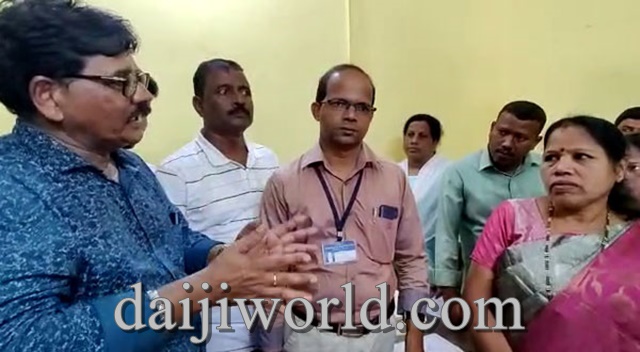 The villagers also visited Brahmavar agricultural science centre where the unit will be set up and urged not to establish the unit.

Speaking on the occasion, local resident and social worker Jnana Vasanth Shetty said, “We are unable to understand why the panchayat is building a waste disposal unit on a vast area of 11 acres. We have opposed this move earlier also. Today more than 1000 people have gathered here to show our dissent. We have appealed to PDO and panchayat president to drop the project. We have also submitted an appeal to district in-charge minister, DC, panchayat CEO and Taluk panchayat Brahmavar. If the administration does not mend its ways, we will mobilise more people and protest. This project should be dropped at any cost.”