If Pilot not made CM, Cong MLAs will fit in SUV in next polls: Raj Minister

Jaipur, Nov 10 (IANS): Conveying the message that all is not well in the Rajasthan government, a minister and a supporter of former deputy CM Sachin Pilot, Rajendra Gudha has once again targeted the Chief Minister Ashok Gehlot's governance.

Gudha has claimed that not even 10 MLAs will win the elections. He even said that if Sachin Pilot was not made the CM, "then the Congress will win as many MLAs as can sit inside a car". 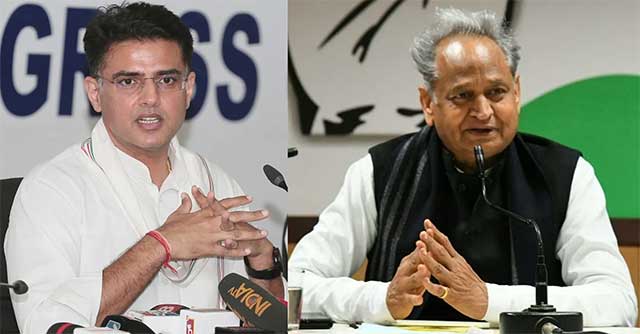 Congress MLA Divya Maderna also supported Gudha's statement. The statement of the minister and MLA of the Congress is being discussed a lot in the political circles.

Divya wrote, "From the working style of the bureaucracy, it seems that the Congress has taken an unbroken resolution to put the government in Fortuner. She also tagged the Rajasthan Chief Minister's Office.

Title: If Pilot not made CM, Cong MLAs will fit in SUV in next polls: Raj Minister