Thiruvananthapuram, Nov 15 (IANS): Thousands of CPI-M activists on Tuesday laid siege to the Raj Bhavan -- the official residence of Kerala Governor Arif Mohammed Khan -- in protest against his refusal to ink Ordinances or Bills pertaining to the higher education sector.

Neither Chief Minister Pinarayi Vijayan nor his cabinet colleagues participated in the rally. 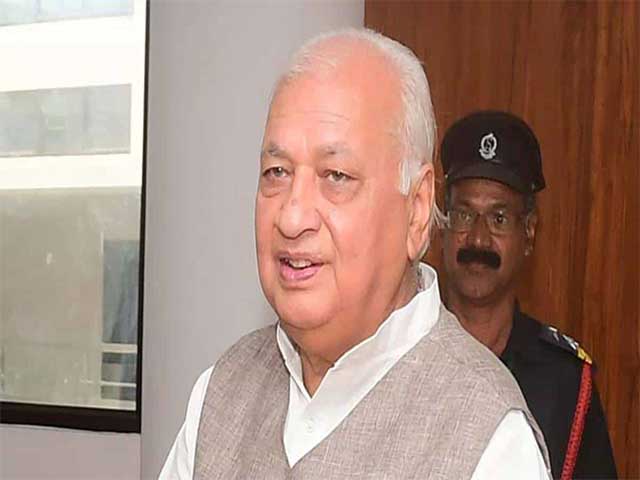 Vijayan and the Governor have been at loggerheads ever since he refused to ink Ordinances or Bills which are concerning the higher education sector.

After Khan refused to budge, the CPI-M announced that they would stage a march towards the Raj Bhavan to register their protest.

Inaugurating the protest, CPI-M general secretary Sitaram Yechuri said that a peculiar and unhealthy situation has surfaced and the difference of opinion between the Governor and the Government has affected the health of democracy.

"I have known this governor for the past three decades and the present situation is a policy matter issue and not a personal issue. The higher education sector in the country is the issue and it's not just in Kerala but in all the non-BJP ruled states, this has become an issue. The office of the governor is reduced as an office advancing the political objective of the Centre," said Yechuri.

Yechuri went on to state that the Universities in the state here have high ratings and the youth of Kerala has the potential.

"But the Sangh Parivar's agenda is to control the minds as they are not interested in creative minds. The Modi government wants centralisation of education, as the future of India is to be changed into a monolithic nature, which will destroy the secular nature of our country. So we all should come together and defeat this sinister project of the Sangh Parivar forces," said Yechuri.

Incidentally this protest comes a day after the Kerala High Court gave the marching orders to the vice-chancellor of the Kerala University of Fisheries and Ocean Studies (KUFOS) for want of qualifications as prescribed by the University Grants Commission.

Khan has asked 10 V-Cs in the state on why action should not be taken against them as their appointments were not according to UGC guidelines. The case is before the Kerala High Court and in all likelihood, all the 10 V-Cs have very little chance to continue, as the Supreme Court, last month, set aside the appointment of the V-C of A.P.J. Abdul Kalam Technological University, located in the state capital city, following which Khan has taken cudgels with the Vijayan government.

However, the protests are peaceful and Khan is presently out of the state.