13% drug abuse victims in India are below 20 years: UN official

Thiruvananthapuram, Nov 17 (IANS): Around 13.1 per cent of the people involved in drug and substance abuse in India are below 20 years, which calls for further stepping up community intervention and preventive mechanism targeting adolescents, said a top United Nations official, here on Thursday.

Billy Batware, Programme Officer of United Nations Office on Drugs and Crime (UNODC) said this while speaking at the International Forum on 'Children Matter-Right to a Drug-Free Childhood'. 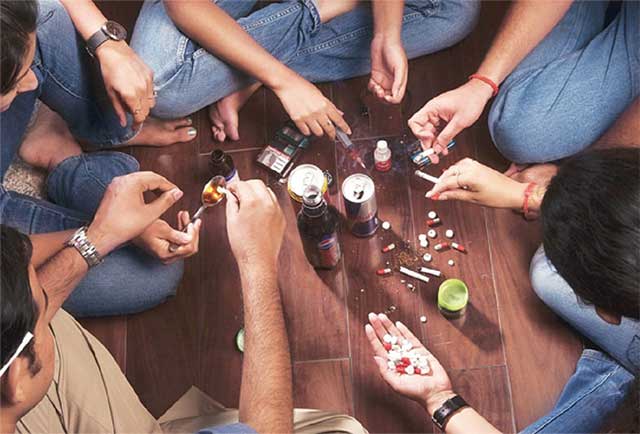 "Children face increased risk of drugs and alcohol abuse due to their poor mental and physical health resulting from violence, exploitation and sexual abuse against them. Nine out of 10 people with drug addiction begin using substances before they are 18 years old. In its 2021-25 strategy, UNODC has defined harnessing the transformative power of youth and children as one of its three cross-cutting commitment," said Batware.

Child trafficking, child labour and exploitation by criminals often result in poor mental and physical health of children, leading to high risk of drugs and alcohol abuse. Involvement of children in crime is mostly due to socio-economic hardship and the lack of opportunities, he said.

CC Joseph, Director, Fourth Wave Foundation (FWF) India, said there is steep increase in the use of drugs among children and a drastic increase in crime rates relating to drugs in Kerala.

"Lack of trained public healthcare officials to work with children, child treatment and child care protocols is a grave issue in the state. The "Project VENDA", being carried out by FWF in Kerala, addresses at scale the need for capacity building to manage the cycle of care and treatment. This programme has been following a multi-pronged approach of prevention, treatment, recovery and drug demand reduction, besides health education at an early age through school-centric interventions. The programme is designed and executed with full community participation," said Joseph.

In a panel discussion on "Global Drug Policy Advocacy Efforts Focused on Children, Kavita Ratna, Director of Advocacy and Fundraising, The Concerned for Working Children-India, said substance abuse affects children both as users and as victims.

Ratna said children are also entitled to state protection and it is our responsibility to ensure that they live and grow in a substance abuse-free community.

Revealing that every year around 40,000 people die in Sri Lanka due to alcohol, tobacco and drug use, AShakya Nanayakkara, Chairman, National Dangerous Drugs Control Board of Sri Lanka (NDDCB), said prevention education will be effective in our efforts to create a drug-free childhood.

"Community action along with social change will make a tremendous impact in the Asia region," he said.

Arun Kandasamy, Professor of Psychiatry, Centre for Addiction Medicine, National Institute of Mental Health and Neuro Sciences (NIMHANS), Bengaluru, said considering the vulnerability factors, 70 per cent of adolescents have family history of addiction and that of adults is 43 per cent. He said around 61 per cent of adolescents and 32 per cent adults have temperamental difficulties.

"Adolescents, who are a high-risk group for addiction, often come late to treatment. If they can be identified and treated early, most of the complications and consequence can be reduced," said Kandasamy.