Woman, whose body found stuffed in suitcase in Mathura, identified as Delhi resident

New Delhi, Nov 21 (IANS): The woman, whose body was found stuffed in a suitcase near near a service lane of the Yamuna Expressway in UP's Mathura on Friday, has been identified as a resident of Delhi's Badarpur, police said on Sunday.

The woman was identified as Ayushi Yadav, 21, a senior police official said.

"Her mother was called to the mortuary and identified the body," the official said.

Police official M.P. Singh, who is looking after the matter, said that Yadav was originally from UP's Gorakhpur but she had been living in Delhi along with het family. 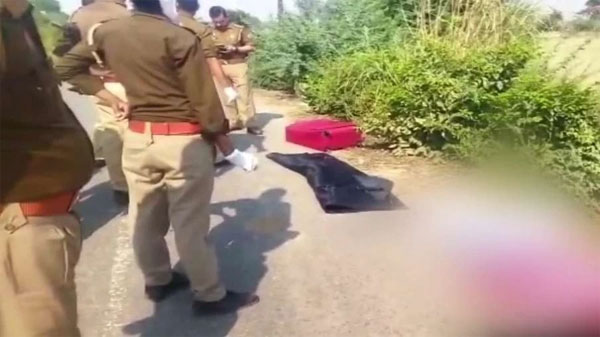 The UP Police has lodged an FIR under Section 302 (murder) of the Indian Penal Code at the local police station. A special police team has been formed to identify and nab the accused.

As of now, the police is not sure about the motive behind the murder.

They are scanning the call details record of the victim, and also examining the CCTV footage on the highway to figure out how she reached Mathura from Delhi.

"We have lodged a case and our best officials are working to solve the matter," a police official said.