Bengaluru, Nov 21: Karnataka Pradesh Congress Committee Chief D K Shivakumar demanded that the Congress party wants Central Election Commission to intervene and conduct a probe into the Voters Data Theft scam in all the 28 assembly constituencies of Bengaluru city and will be lodging a formal complaint with CEC on Tuesday.

Speaking to media persons in Bengaluru on Monday, November 20 he said the party will be keenly observing and watching how the police are conducting an investigation and also whether the chief justice of the Karnataka High Court will take suo moto cognisance of the serious offence like theft of electoral data by a private non-governmental organisation like the Chilume Trust.

Blaming Chief Minister Basavaraj Bommai and senior leaders of ruling BJP for trying to pass the buck to the Congress party by alleging that the previous government had entrusted Chilume Trust with the work in 2013, Shivakumar said the Congress party has no problem with the investigation from 2013. 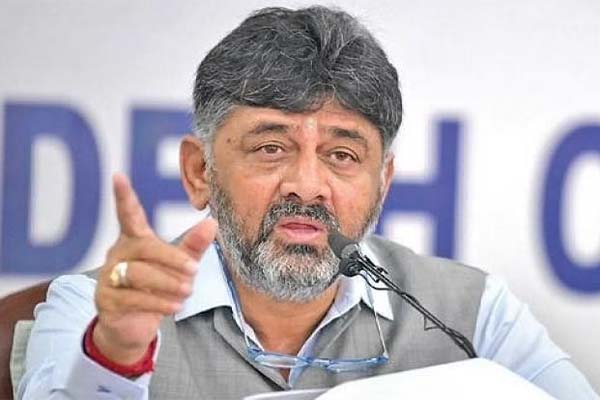 “We have no problem with the Chief Minister’s decision to institute a probe since 2013 and welcome it. Let the government punish if they can prove that we have misused the electoral data,” he asserted.

The KPCC Chief charged the Bommai-led BJP government of illegally collecting and misusing the voters’ data. The ruling BJP has deliberately deleted large number of voters belonging to minorities, backward classes and Dalits, who are the traditional voters of Congress, and in several instances shifted the names to far off places.

He demanded that FIRs must be lodged against all officials who issued identity cards to unauthorised persons. The real persons responsible for the scam must be arrested, he said pointing out that mere arrests of some low-level officers will not help. The main culprits must be identified and booked, he said.

Answering questions on Congress opposition leader Siddaramaiah announcing names of some party candidates in Koppal district, Shivakumar said nobody has any authority to declare names of candidates. “He may probably have announced some names to please the local people. Neither Siddaramaiah or myself or anybody has any right to announce the names,” he said.

Shivakumar said AICC President Mallikarjuna Kharge and the party high command can decide the names of candidates and nobody else.

He later participated in a function for the installation of the idols at the Sri Jadelingeshwara Swamy temple in Bilidale village of Sathanur taluk in Ramanagara district.