Lahore, Nov 21 (IANS): Former Pakistan Prime Minister Imran Khan has sought the need for his country to mend ties with India, but made it clear that a good relationship would be impossible till the nationalist Bharatiya Janata Party (BJP) remains in power, according to a media report.

In an interview with British daily The Telegraph on Monday, the PTI Chairman shed light on the economic benefits that could be achieved if the two neighbours establish trade with each other, Dawn reported. 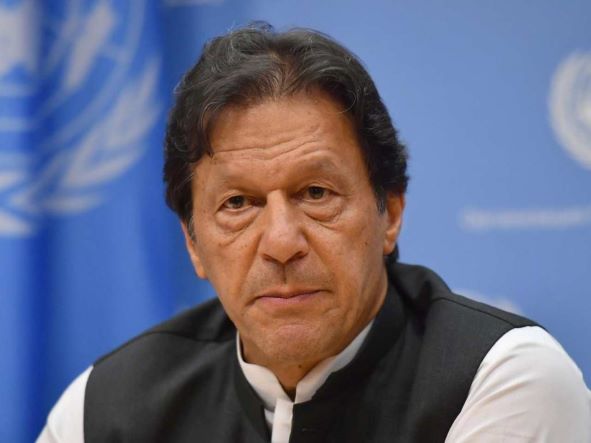 "The benefits would be enormous," he said, but then contended that New Delhi's stance on Kashmir is the main impediment.

"I think it's possible, but the BJP government is so hardline, it has a nationalistic stance on issues. It is frustrating as you have no chance (for a resolution) as they whip up these nationalistic feelings. And once this genie of nationalism is out of the bottle, it is very difficult to put it back in again," the former premier told The Telegraph.

Khan added that Pakistan had to cool off its relationship with India when the neighbouring country took away the statehood of Kashmir.

Pakistan formally downgraded its trade relations with India in August 2019 to the level of Israel with which Islamabad has no trade ties at all. The decision had come as a reaction to India's decision to revoke Article 370 of its Constitution that granted Kashmir a special status, Dawn reported.

The PTI chief went on to say that he would seek to establish good relations with all the neighbours of Pakistan, including Afghanistan, Iran, China as well as the US if he is elected as the premier again.

"We really need a relationship with both countries. What I do not want is another Cold War situation when we are in blocks like in the last Cold War we were allied with the United States," he said.