Not scared, says TRS after IT raids on minister

Hyderabad, Nov 22 (IANS): The Telangana Rashtra Samithi (TRS) said on Tuesday that it is not scared of raids by the Enforcement Directorate (ED) and the Income Tax (I-T).

On a day when the sleuths of the I-T Department were conducting simultaneous raids on the houses and offices of state Labour Minister Malla Reddy and his family members, the TRS leaders held a meeting at the party headquarters Telangana Bhavan. 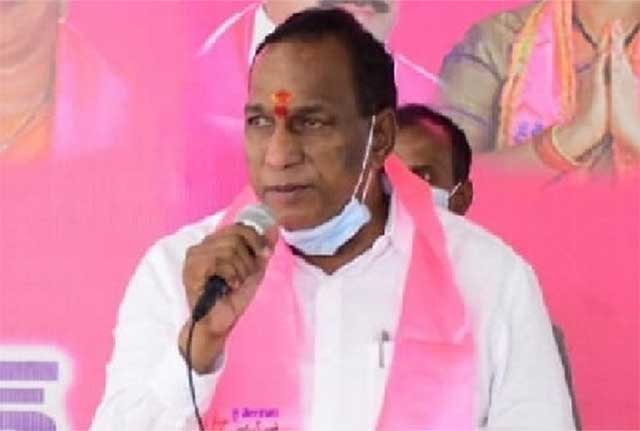 After the meeting, Srinivas Yadav told reporters that the central government is misusing institutions under its control to target its political opponents.

"People are watching what is happening. Instead of politically facing its opponents, the central government is using the institutions under its control to scare them. We are not the ones to get scared," he said while reacting to IT raids on Malla Reddy and his family members.

"If IT and ED raids happen in a normal course, we don't find any fault but these raids are happening to target. We had anticipated these raids. The chief minister already spoke about this," he said.

The Minister, however, warned the BJP that power is not permanent.

"Today you have power in your hands. Tomorrow it may be in our hands. TRS leadership is not scared of the raids. If we are really scared, we would not have remained in Hyderabad," said Srinivas Yadav.

The Minister said the TRS will give a befitting reply to this in a democratic manner. "We will fight it out in people's court," he said.

He said the TRS general body meeting will be held on November 27 to discuss welfare and development schemes and the party programmes.

Several teams of the tax evasion wing of the I-T Department were carrying out the searches since morning.

The ED is questioning politicians for alleged violation of the Foreign Exchange Management Act (FEMA).

TRS legislator L. Ramana fainted during questioning by the ED officials on November 18.

Title: Not scared, says TRS after IT raids on minister