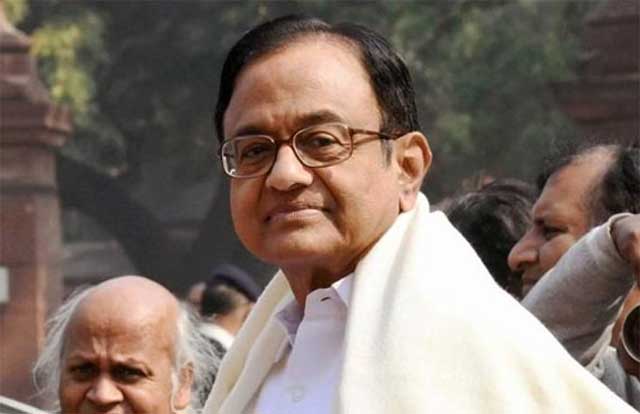 Chidambaram, representing one of the petitioners, submitted that demonetisation impacted every citizen of the country and questioned Centre's power to invoke Section 26 of the Reserve Bank of India Act to demonetise currency notes.

He said the Centre cannot, on its own, initiate any proposal relating to legal tender, which can only be done on the RBI's central board recommendation and further argued that the decision-making process should be struck down for being "deeply flawed".

"This is the most outrageous decision-making process which makes a mockery of the rule of law," he said, adding that the RBI has the right to regulate the issue of bank notes.

Chidambaram said over 2,300 crore currency notes were demonetised against the backdrop of 300 crore notes per month capability of the government's printing presses, and this would mean it would take several months to print notes.

He said the annual report of the RBI for 2016-2017 stated that only fake currency of a value of Rs 43 crore was detected in the nearly Rs 15.31 lakh crore worth of currency exchanged.

As the bench queried him as to what can be done now, it is over now, Chidambaram replied if the apex court holds that the demonetisation process was flawed, that will be good enough and added that the government will not indulge in such "misadventure" in the future.

The top court will continue to hear next week the batch of petitions challenging the Centre's November 8, 2016 decision to demonetise the currency notes of two denominations.

In an affidavit, the Centre has told the Supreme Court that the November 2016 decision to withdraw legal tender of Rs 500 and 1,000 currency notes was one of the critical steps in the series of transformational economic policy steps and this decision was taken after extensive consultation with the RBI and advance preparations.

The Ministry of Finance, in an affidavit, said: "The withdrawal of legal tender character of a significant portion of total currency value was a well-considered decision. It was taken after extensive consultation with the RBI and advance preparations".

It further added that demonetisation was also a part of larger strategy for combating the menace of fake money, terror financing, black money and tax evasion. "The notification issued on 08.11.2016 was a major step to fight the menace of fake currency notes, storage of unaccounted wealth and financing of subversive activities," it said.