"The promise was made on July, 15, 2022 in the Goa Legislative Assembly by Chief Minister Pramod Sawant to resolve all related issues and notify a Permanent Seafarers Pension Scheme. After four months it is extending the scheme for six months without concurrence of the Finance Department," Leader of Opposition Yuri Alemao said. 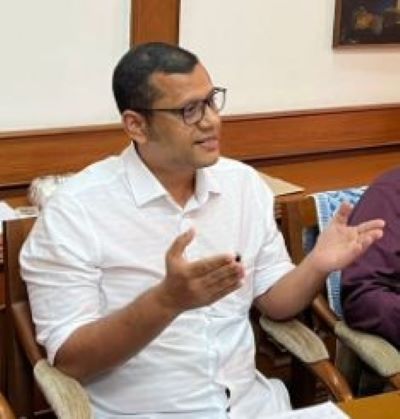 Alemao was reacting to the note moved by the Home Department to the Directorate of NRI Affairs stating that the Goa Welfare Pension Scheme for Seafarers-2021 will be extended for six months.

"We were assured by the Chief Minister himself in the Goa Legislative Assembly that the said scheme will be notified as Permanent Scheme. Hence, how can it be extended for just six months?," Yuri Alemao questioned.

He said that it is also clear that the concurrence of the Finance Department is still not obtained by the Government. It is unlikely for the Seafarers to get money before Christmas.

"The slow action of the BJP Government exposes the apathy of the government towards hardworking Seafarers. It is loud and clear that the government has no gratitude towards the contributions made to the development of Goa by Seafarers by earning foreign exchange," Alemao said.

"I once again demand that Chief Minister Pramod Sawant must put his administration in top gear and ensure that the scheme is made permanent and notified before Christmas and all pending dues cleared immediately," Yuri Alemao said.

Placing the similar demand, Goa Forward President and MLA Vijai Sardesai said that the government should make the scheme permanent as a legitimate exercise in gratitude to seafarers. "Why is the Chief Minister reluctant to make the Seafarers Pension Scheme permanent? Just renewing for six months sends a clear signal that the Goa government is neither grateful, nor convinced of the seafarers rich and immense contribution to Goa's economy," Sardesai said.

According to Sardesai Goa's economy of particular areas runs on inward remittance of foreign Exchange by seafarers. "Seafarers have helped our economy. Scheme should be permanent and allow new applications," he said.