Panaji, Nov 30 (IANS): Union Minister of State for Skill Development and Entrepreneurship Rajeev Chandrashekhar on Tuesday said that Goa has tremendous scope for startups and the government is working to create a robust technology ecosystem in Goa for start-ups and entrepreneurship.

Rajeev Chandrashekhar, who arrived in Goa on his two day visit under 'Pravas' initiative, said that during this period he will meet party workers and take feedback from them.

"I will meet our party workers and will take feedback from them," he said. 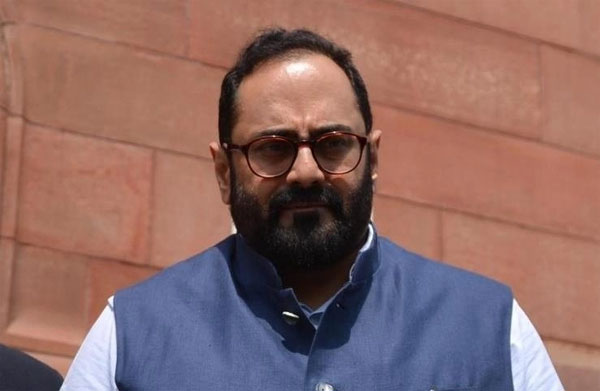 "Goa has tremendous scope in startups. I have met the Information and Technology Minister and other senior ministers and we are working very actively to create a robust technology eco system in Goa for start-ups and entrepreneurship," he said.

Rajeev Chandrashekhar said that Prime Minister Narendra Modi's vision is to provide job or self-employment opportunities to every young Indian.

He also said that the government has released a new draft of the Digital Personal Data Protection Bill and have sought input from people over it.