Health and Family Welfare Minister Dr K Sudhakar told media persons in Bengaluru on Sunday that the JE Vaccine will be administered to young children in the age group of 1 to 15 years in the special campaign from December 5.

As many as 48 lakh kids aged 1-15 will receive the JE Vaccine during a special campaign, which will be given free of cost by the Union government

The vaccination campaign will be conducted in 10 districts of Karnataka. 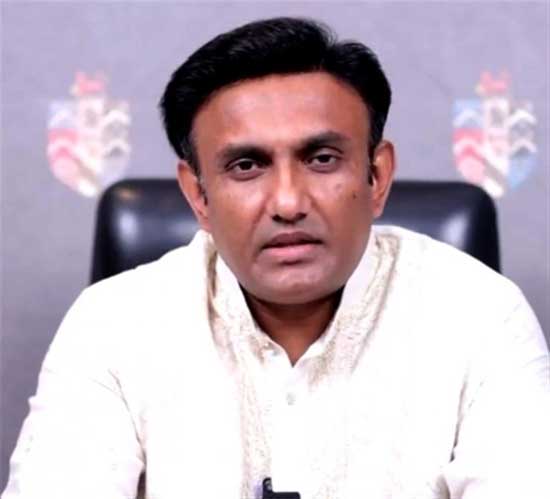 A special vaccination drive to inoculate an estimated 48 lakh children aged between 1 and 15 years against Japanese Encephalitis (JE) will be held in the State starting from December 5 for a period of 3 weeks.

Encephalitis is the inflammation of the brain caused by either infection or an allergic reaction.

JE is one of the most common causes of Encephalitis in India and a total of 68,000 cases are reported every year. Among these, the death rate is around 20% to 30%.

Among those who are cured, 30% to 50% of people end up with sensory and motor weakness, and other permanent physical and mental disabilities, Health Minister Sudhakar said.

The JE is caused by a virus called flavivirus and it is primarily transmitted by Culex mosquitoes.

The virus is maintained in pigs and wild birds which are called amplifier hosts. While Man is the dead-end host.

Explaining details of the special vaccination drive, the Minister said in the first week of December, vaccinations will primarily be focused on Private and Government schools.

“After the first week, we will be focusing on vaccination drives in health institutions, Anganwadi centers and among communities in the next two weeks. The Union Health Ministry will be supplying us with the Jenvac vaccine to conduct the drive,” he said.

Under Universal Immunization Programme in the State, Bellary, Raichur, Koppal, Vijayapur, Chikkaballapur, Kolar, Mandya, Dharwad, Chitradurga and Davanagere are identified as the 10 endemic districts for this virus.

In these districts, JE vaccine is given to children after they complete 9 months and 2nd dose is given at the age of 1.5 years.

As per the directive of the Union Ministry of Health and Family Welfare, additional JE campaigns are conducted in Bagalkote, Dakshina Kannada, Gadag, Hassan, Haveri, Kalaburgi, Tumkur, Ramanagara, Udupi and Yadgiri districts during the JE Non Transmission period. In this campaign, one dose of the JE vaccine will be administered to children aged 1 to 15 years.

History of JE in India

The first case of JE was reported in India in 1955 from Vellore, Tamil Nadu.

The first major JE outbreak was reported in 1973 from the Burdwan District of West Bengal. Another major outbreak of JE was reported in Uttar Pradesh in 2005 resulting in more than 6000 cases and 1500 deaths. A total of 21 States are endemic for Japanese Encephalitis. JE is reported under the umbrella of Acute Encephalitis Syndrome (AES).

The first case of JE was reported in Karnataka in 1978 from Kolar District. Age-wise trends of JE cases show that the vast majority of cases occur in children less than 15 years of age.

“Now we have to wage a war against JE and our Health Department is fully prepared. Let us all join hands in the fight against Encephalitis and protect our future generations from the crippling effects of this disease,” Minister Sudhakar said.

Dr Sudhakar explained that the JE Encephalitis Brain Fever is known to be causing permanent disabilities among weakness of nervous system as well as mental retardation.

Title: 48 lakh children aged 1 to 15 to get vaccination for brain fever from Dec 5