Mangaluru, Dec 6: A bag containing Rs 10 lac had fallen on the roadside. When a drunkard saw it, his joy knew no bounds. However, because of his addiction, within half an hour the money was taken by police. Though it is one week, the incident has not come to light. The money is safe with the police.

P Shivaraj (49), a native of Kanyakumari is a mechanic. He resides at Krishnanagara in Bondel. His wife died due to some sickness and daughter studies in PU. Shivaraj is an alcoholic. He does not go home. He has food in hotels and sleeps in buses. 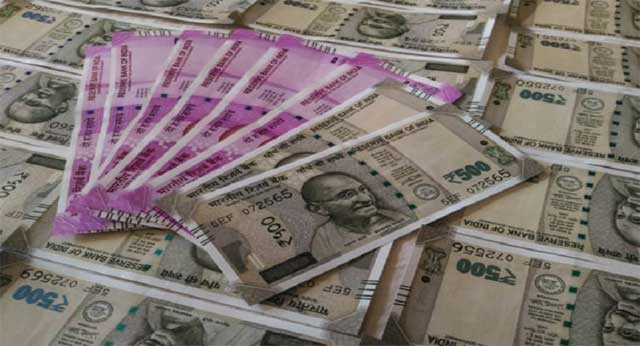 On November 27, Shivaraj went to a wine shop near Pumpwell flyover and was smoking beedi. A bag had fallen in the bike parking lot nearby. A labourer was eyeing the bag along with Shivaraj. When Shivaraj asked him why the labourer is staring at him, he said there is something inside the bag.

When both the labourer and Shivaraj opened the bag, they were shocked to see bundles of currency notes with Rs 500 and Rs 2000 denomination. They went to the same wine shop and had some more liquor. Then they were walking on service road towards Ullal. When they covered half a km, the labourer asked Shivaraj will he not give any share to him. Shivaraj gave him one bundle each of Rs 500 and Rs 2000 denominations. Rest three bundles of notes were tucked on the waist by Shivaraj and two bundles in his shirt pocket. He could not digest the fact that he has so much money. He went again to the wine shop and had some more liquor. By that time, someone had informed the police and the beat police took him to police station. When he recovered from his hangover, it was midnight. On police interrogation about the money, he said that he got it one the way and also has given two bundles to another labourer.

Police searched for the labourer the following day along with Shivaraj. But they could not locate him. Now the money is at Kankanady police station. No case is registered yet. Shivaraj says that if he is able to locate the labourer to whom he gave the money, the police have assured that they will give the money to him. But Shivaraj is confused at present.

"The bundles of notes were found in a bag on the roadside at Pumpwell. I did not count the cash. It may be Rs 5 to 10 lac. I took Rs 1,000 to consume alcohol. I handed over another bundle of notes to the labourer who accompanied me. Later, I was taken to the police station. When police inquired me, I revealed the truth. I did not steal the money. There was no identity proof in the bag to return it," said Shivaraj speaking to Daijiworld.

The curious fact is that no one knows to whom the money belongs to. No case is filed anywhere in city police stations about the loss of money. Even police are unaware. They suspect this must be hawala or hundi money.