Udupi, Jan 22: "Is there any incident where sons of RSS workers or BJP MLAs have been killed? Only the youths of backward classes are being killed in clashes  that have occurred in coastal Karnataka," said Leader of Opposition in Legislative Assembly Siddaramaiah here.

He was speaking at the Prajadhwani Samavesha organised by the District Congress committee here in Christian High School grounds on Sunday, January 22.

"People of the undivided Dakshina Kannada are known to be self-reliant and are advanced in education and politics. They are spread across the world and known for their hotel enterprise and industry skills. But in the recent past, the youths of the undivided Dakshina Kannada are being killed due to the hateful politics of BJP. I, D K Shivakumar, Surjewala are real Hindus, but we are not Hindutvavadis. We are in favour of Hindus and not Hindutva. Humans should love other human beings. No religion propagates killing and cruelty. Paresh Mestha had committed suicide, but BJP propogated it as a murder. I had referred the case for a CBI enquiry. The CBI which is under Amith Shah has given the report. They do politics even over dead bodies," he said. 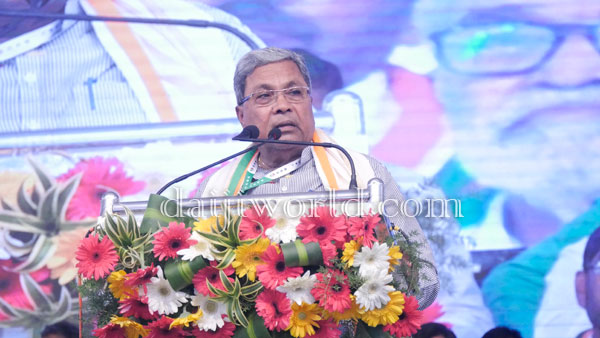 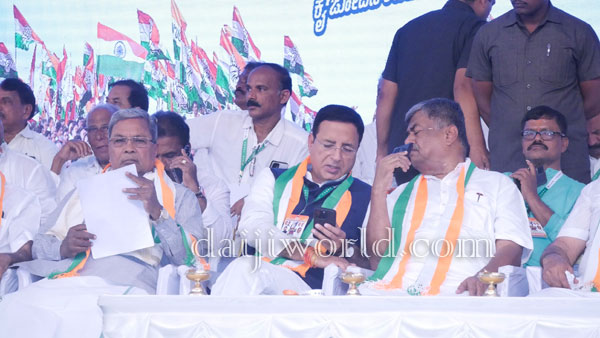 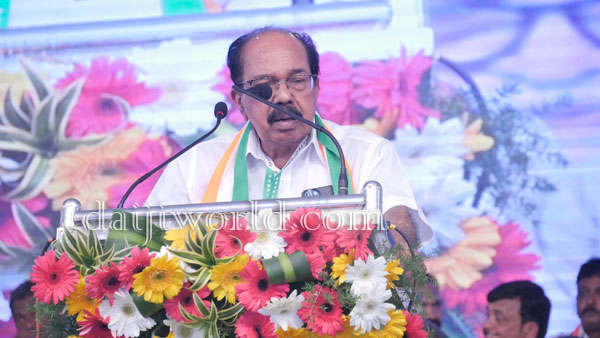 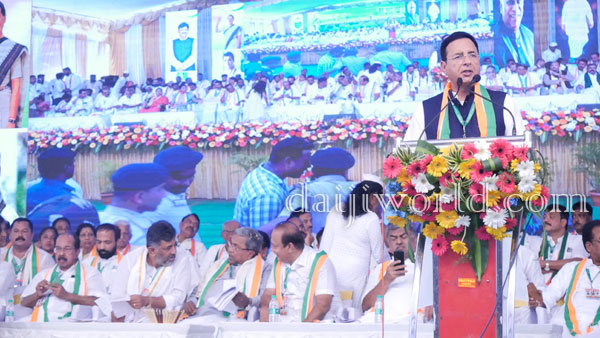 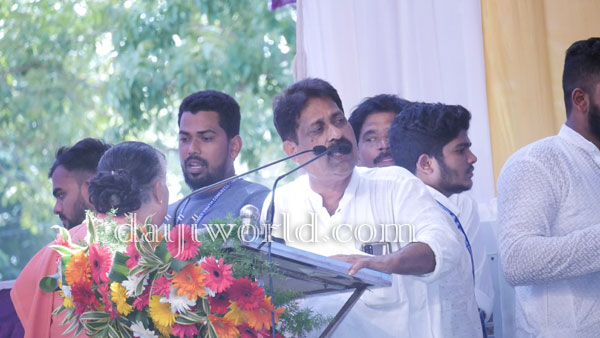 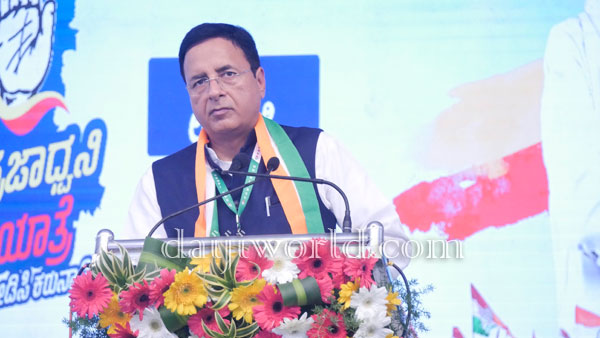 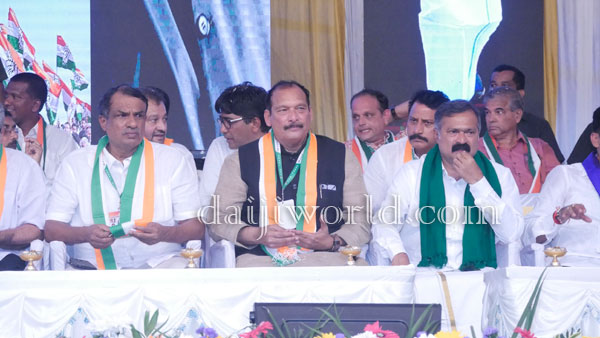 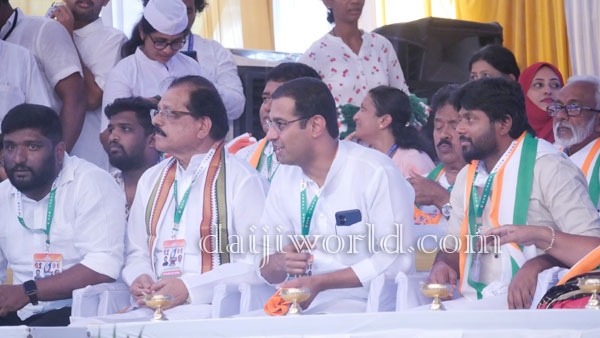 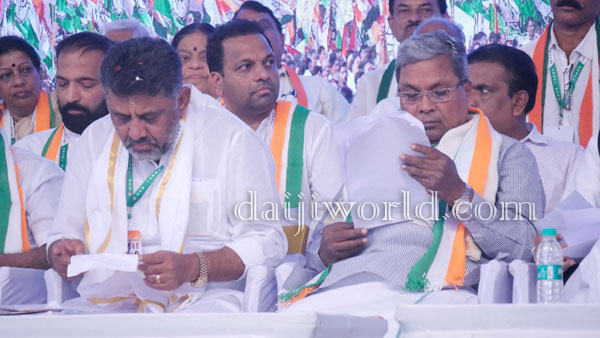 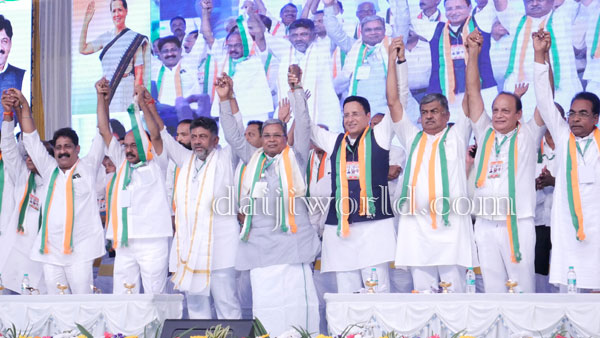 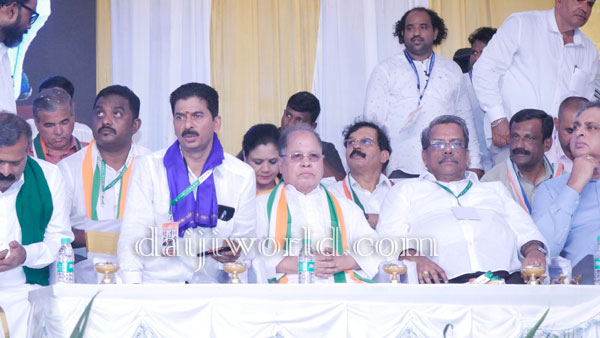 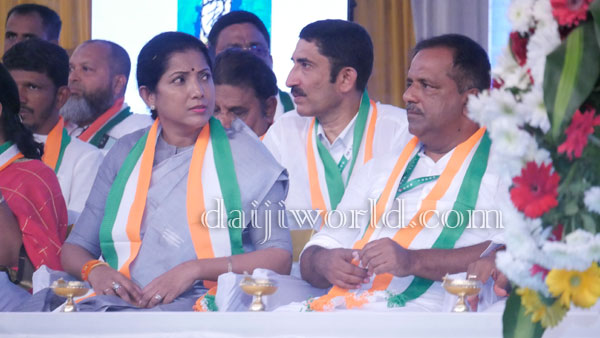 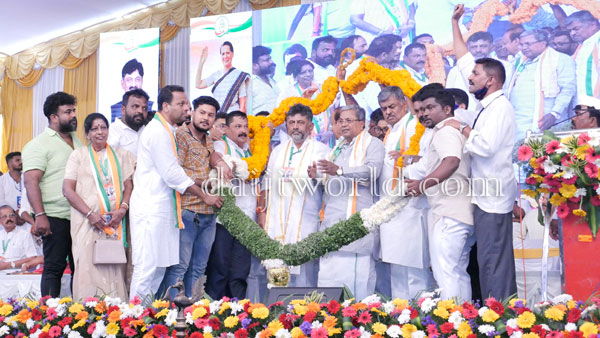 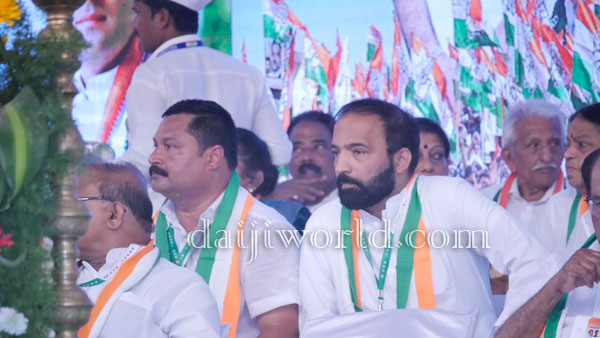 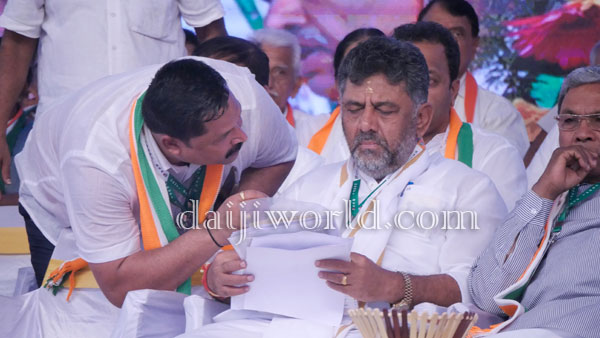 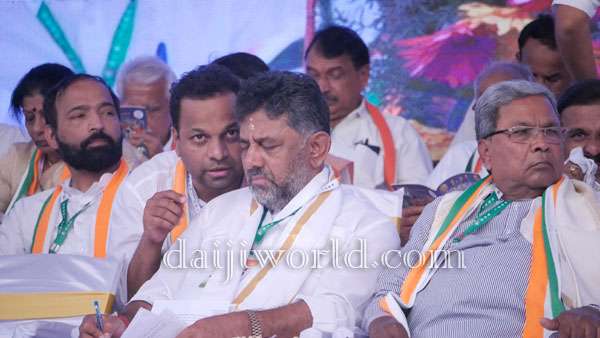 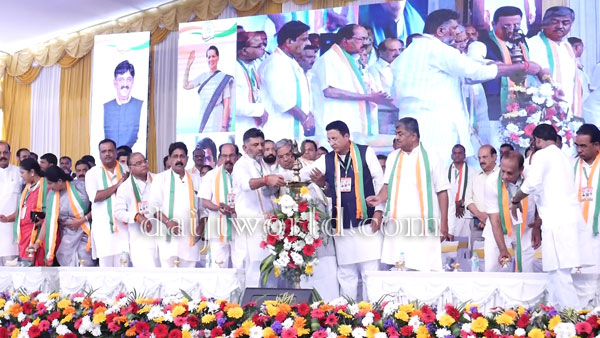 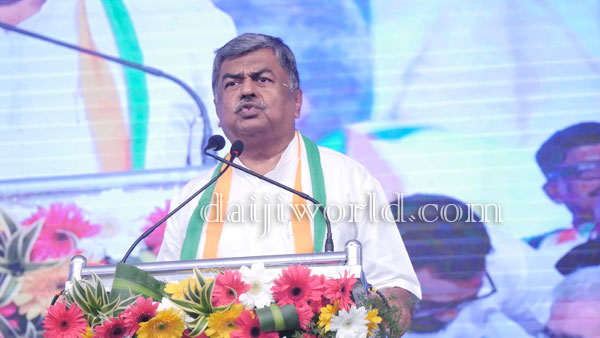 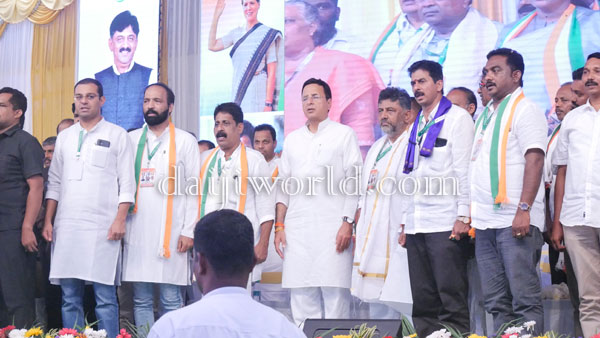 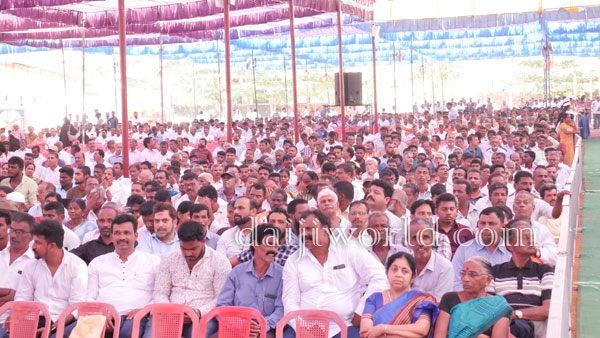 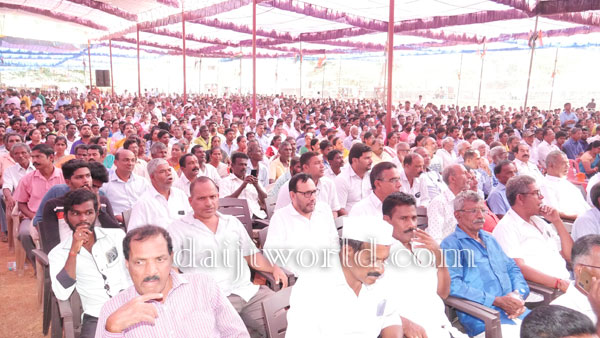 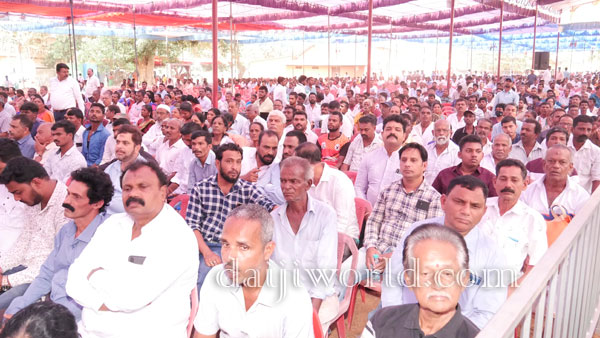 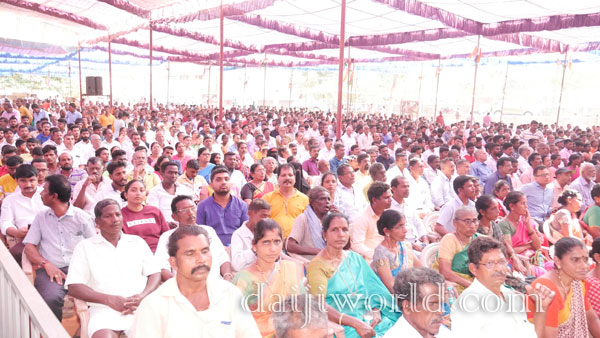 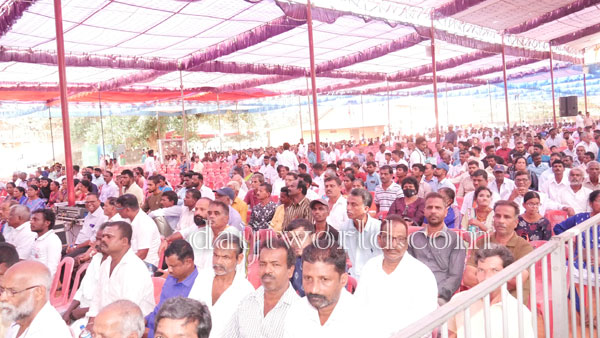 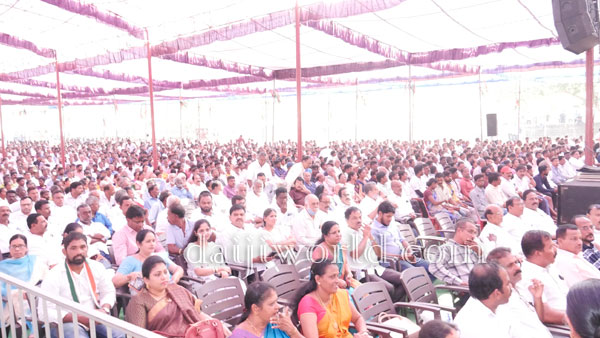 Taking a dig at the BJP state president Nalin Kumar Kateel he said, "I call him a comedian. Mister Kateel says don't speak about road and drainage. He is not a suitable person to lead the BJP. I beg you people not to become fools listening to him. According to them only Savarakar and Godse are real Hindus. What about the remaining 95% of them? Savarkar submitted mercy petitions five times. The BJP has begun to make Coastal Karnataka a laboratory of Hindutva. We oppose Manuvada and not Hindus. They have made a rate list for transfers, postings like hotel menu cards. Walls of Vidhana Soudha roar of corruption. These manuvadis don't have any ideology," Siddaramaiah said.

Siddaramaiah also called upon the party workers to work unitedly to defeat Pramodh Madhwaraj in the upcoming elections.

Speaking about the Santro Ravi case, Siddaramaiah said, "they have not taken Ravi into police custody because if he was interrogated thoroughly names of those involved and their illegal activities will come to light. He was directly sent to judicial custody. I do not know where the "jnana" of Home minister Araha Jnanedra. He is a useless minister."

"They accuse me of releasing PFI and SDPI members. I demanded them to give me a list of SDPI and PFI members whom I had released. They provided me a list of farmers, students and Dalits. BJP is having relations with SDPI. PFI is equivalent to RSS and SDPI is to BJP," he said.

Speaking at a public gathering, former chief minister Veerappa Moily said, "We had won all the 15 seats in the undivided Dakshina Kannada. Congress history should repeat from here onwards. Through land reforms more than 9 lacs have been benefitted. Through Akrama Sakrama we provided land to more than 35 lac people. We believe in sarvadharma samanvaya. We donated 15 lacs to construct Bhagvadgita Mandir in Krishna Mutt. We provided thousands of Persian boats to the fishermen community. Youths of this region were going abroad for work and to enable even the poorest of the poor to become engineers and doctors we provided cheap engineering and medical seats. No politician from our party was involved in corruption fromthis region. But today the ministers and MLAs are involved in big ticket corruption which is diminishing the fame of this region. 15 MLA seats and 3 MP seats should be won again by us. I request our leaders DKS and Siddaramaiah to initiate a negila bhagya yojane for the farmers which will benefit all the communities. The BJP is doing communal politics today. They don't want peace, they only want fights all over. Congress should rule again in the undivided DK."

B K Hariprasad, Opposition Leader in Council said "BJP did not come to power on its own. They obtained power illegally through Operation Kamala. Through prajadhwani we are here to hear your voices. We can clearly see the anti-incumbency wave against the BJP. People of this region are self-sufficient and they know how to earn their livelihood without waiting for government aid. Five banks had come up from this region. For the betterment of this region Bunts, Brahmins, Bearird, Christians and others have worked very hard. The undivided DK region is the highest tax paying district after Bengaluru. DK and Udupi stood first in SSLC and PUC examination. But in last year's results all the top performing districts stood in lower positions.

Prajyna Thakur, a terorist wearing khadi comes to Shivamogga and calls upon children to take up weapons. These districts represented communal harmony. They have made DK an experimental laboratory. Narendra Modi is coming to state on political tourism. We would like him to come to Udupi too and visit Maravanthe beach."

Ashok Kumar Kodavoor, Congress district president welcomed the gathering. Congress leaders of state and district level were present on the occasion. A large number of party workers also participated in the programme.

Siddaramaiah slams BJP for not banning SDPI 'to divide votes'

Congress leader and former Karnataka Chief Minister Siddaramaiah on Sunday alleged that the BJP-led government at the Centre did not ban the Social Democratic Party of India (SDPI) with an intention to divide votes.

The Centre banned only the Popular Front of India (PFI) but spared its political wing SDPI to ensure that the votes get divided, Siddaramaiah, who is Leader of the Opposition in the Assembly, said while addressing the 'Prajadhwani Yatra' of the Congress in Udupi.

Siddaramaiah likened the PFI to the Rashtriya Swayamsevak Sangh (RSS) and the SDPI to the BJP.

He also termed as baseless the allegations by the BJP that that the Congress government led by him had released PFI or SDPI activists involved in criminal activities or communal violence from jail.

Terming Congress the only secular party in the country, he stated that Nathuram Godse who killed Mahatma Gandhi was the first terrorist. Congress leaders Indira Gandhi and Rajiv Gandhi were victims of terrorism, he added.

The Congress leader also alleged that the RSS and the BJP which promoted Hindutva did not believe in the Constitution. "None of the RSS or the present BJP leaders participated in the freedom struggle," he said.

Siddaramaiah cautioned the youth in the coastal belt against falling prey to the communal designs of the BJP and the RSS.

He said that while Hindus believed in humanity, the supporters of Hindutva opposed it.

Vinayak Damodar Savarkar is the founder of Hindutva. The BJP and the RSS revered Godse and Savarkar, he said.

(With inputs from IANS)