Bengaluru, Jan 25: The Election Commission has directed to celebrate the 13th national voters’ day with the mission statement of ‘Nothing like voting, I vote for sure’. The National Election Day was celebrated at the state level at Sir Puttanna Chetty Town Hall, Bengaluru.

Officers and staff who made special achievements at state level were selected for the award. Among the district election officer division, Udupi deputy commissioner (DC) Kurma Rao M was presented with the best election officer award by the state governor. 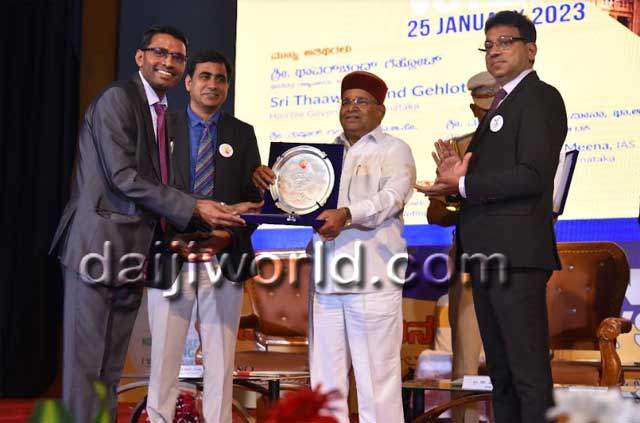