Daijiworld.com (then daijidubai.com) was launched on January 14, 2001. In April 2007, the media company was converted into Daijiworld Media Pvt Ltd company. The website has a wide presence, especially in India, the Middle East and Gulf countries, with nearly 1.2 million unique visitors per month.

Walter Nandalike started his journalism career by writing stories and analytical articles for Konkani and Kannada periodicals. Completing his graduation in commerce from St Mary's College, Shirva, Walter left for Dubai in search of employment. It was his childhood desire to get into journalism and create a media in any form. But back then, he had little or no knowledge of computers, which was a prerequisite to begin anything revolutionary in the way of media. 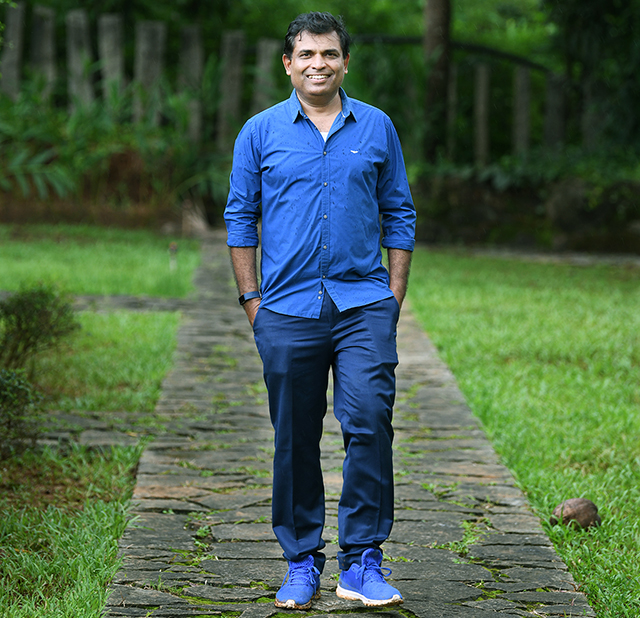 On April 1, 2000, he sent a message to his friends saying that he had started a website 'daijidubai.com'. It was meant to be an April Fool prank, but his friends took him seriously and responded that they could not open the website. Amazed by the overwhelming response, Walter decided to actually start a website.

He then took the initiative to learn computers on his own, and spent months mastering a skill that was to shortly herald a revolution in the field of journalism in the coastal region of Karnataka. On January 14, 2001 his hard work paid off, when daijiworld.com Daijiworld Media (then daijidubai.com) was officially launched. It was initially meant to cater to the Konkani speaking community, but over the years, the website has moved the entire Mangalurean diaspora spread across the world, irrespective of language, caste and gender.

The website reaches nearly 1.2 million unique visitors in over 140 countries, bringing the latest happenings from the coastal cities and towns of Karnataka as well as Mumbai, Goa, Bengaluru and also national and international news.

Daijiworld.com has also created a bridge between people spread across different parts of the world. Hundreds of people who had lost links with their roots were reunited and reconnected through Daijiworld. More than 1,000 families have received financial assistance for their medical, education or other needs, through frequent appeals to readers who have been more than generous in lending a helping hand to make lives better. The cumulative financial assistance generated through Daijiworld today stands at an estimated Rs 22 crore.

After the success of Daijiworld.com, Walter converted the sole proprietorship firm into a pvt limited company with like-minded friends investing in the new company. He never looked back after that;

In the year 2007, Walter Nandalike was also the first person to introduce the concept of internet TV in Mangaluru. He launched Mangaluru's first-ever internet television 'Tv Daijiworld' which is running successfully today with wide viewership abroad. Several major community and social events have been webcast live from Mangaluru, Dubai, Doha, Mumbai, Bengaluru and other parts of the world.

In another landmark for Walter, Daijiworld 24X7 TV channel was launched on May 9, 2014. The TV channel is considered as one of the leading local channels in coastal Karnataka. This is considered as the first multilingual channel of Karnataka serving Kannada, Tulu, Beary and Konkani languages.

Radio Daijiworld, an app based Konkani-Tulu music radio station, was opened on May 19, 2017.

Currently, Daijiworld has its own offices or representative / franchise offices in Mangaluru, Udupi, Mumbai, Bengaluru and Dubai.

An unexpected coronavirus pandemic forced a strict lockdown throughout the country. During this period, under the leadership of Walter Nandalike, Daijiworld TV launched 'Naavu Nimmondige (We are with you) campaign, reaching out to needy people by distributing grocery kits to over 6,000 families across the undivided coastal districts. Moreover, medical and financial help through Good Samaritans from India and abroad was also offered.

For bringing innovation in Mangaluru e-media, Walter has been featured in several dailies as well periodicals, TV channels, and radio channels in India as well as abroad.

Walter Nandalike has received over 85 national, international and regional awards for his achievements in the field of journalism. Some of the important awards are Pingara Rajyotsava Award-2007, IPP Star of Year-2009 from Toastmasters Club, Houston, USA, Rachana Entrepreneur of the Year-2010, Sandesha Media Education Award-2010, Editors' Award 2011, Young Entrepreneur award from CCC Mumbai, Entrepreneur of the year award from FKCA Bengaluru, Mayura Award 2012 and many more.

He has written about 100 short stories, several articles on current affairs and two novels 'Saithanachya Savlenth' and 'Devcharachi Deswat'. His stories have been broadcast on All India Radio. He is an actor as well as compere, having hosted more than 100 major cultural events in India as well as in Gulf countries.